There’s Good Besides the Bad and Ugly of Public Housing 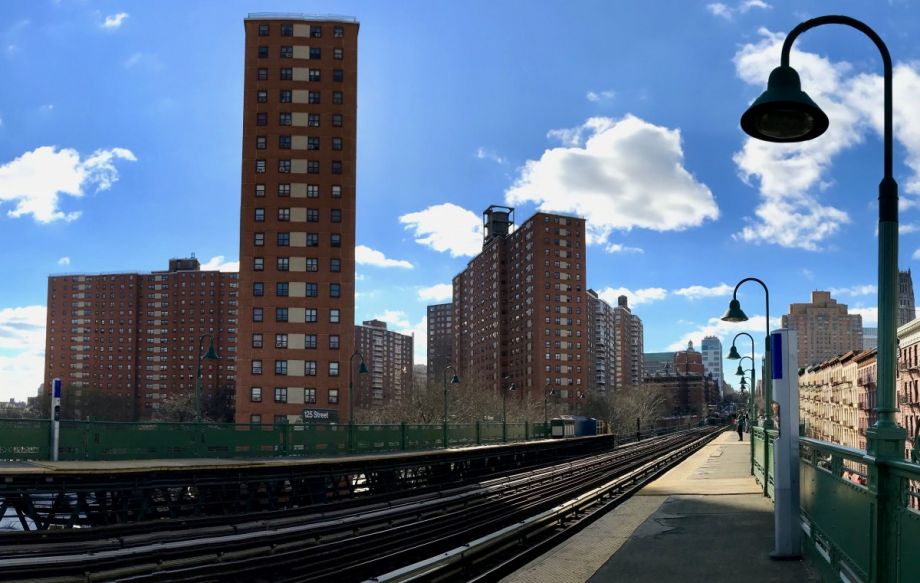 The buildings may be crumbling but the people living in public housing are strong, contributing to their neighbors' and their city's well-being. (Photo by Oscar Perry Abello)

Pamela Phillips grew up in the New York City Housing Authority’s Manhattanville Houses in West Harlem, and has lived in Marble Hill Houses in the Bronx for nearly two decades. She raised two kids, put them through college and completed her own master’s degree in urban policy analysis and management at the New School, all while living at Marble Hill Houses.

It was during grad school, as she listened to her classmates discuss policies and theories about NYCHA (pronounced “nye-cha”), as the public housing authority is known, that she realized most of the narratives she heard about public housing were negative, one-dimensional, and shaped by outsiders — as opposed to any of the 400,000 residents of public housing in NYC, nearly one out of every 20 New Yorkers.

“I was discouraged that I was never able to read enough of the good that does go on,” says Phillips. “In terms of mainstream media, when you say ‘public housing,’ that doesn’t conjure up positive perceptions or images around the community or the residents. It’s kind of soul-diminishing to constantly hear that where you live has this stigma attached to it.”

Phillips, 54, who has been working at Barnard College’s Center for Research on Women for almost a decade, is trying to change that perception. She started a storytelling project called “Changing the Narrative,” which compiles memories from NYCHA residents, past and present. A project website containing audio clips, photos and written stories will launch soon.

She explains that many of the stories compiled by Changing the Narrative touch on nostalgia and fondness for the glory days past, but much of what makes her feel at home in Marble Hill actually hasn’t changed over time.

“When it’s nice outside, you might catch a couple of girls, one’s sitting on the top of the bench and the other’s sitting between her legs, she’s cornrowing her hair,” she says. “I still see that going on, which says to me there’s continuity and a lot of communal traditions we keep carrying down and passing along.”

Phillips isn’t the only NYCHA resident frustrated with the way public housing has been portrayed. Recent news coverage has focused on heat and hot water outages during the winter, rats, leaky roofs, mold and questionable lead inspections. In March and April alone, Governor Andrew Cuomo, gubernatorial candidate Cynthia Nixon, and Mayor Bill de Blasio visited five NYCHA developments between them and all decried the conditions.

Although many residents and advocates don’t dispute the problems shown — and in fact, they appreciate the attention toward so many longstanding issues — they don’t necessarily think the general public is getting the full picture of what it’s like to live in public housing.

“It’s not to say we don’t have those problems, but there are other things going on and we have to find a way to navigate those issues and find a way to live and be,” Phillips says. “There’s so many good things and people around here.”

“There’s a fine line between highlighting deficiencies and not losing sight of the value,” said Nicholas Dagen Bloom, a professor at New York Institute of Technology author of “Public Housing that Worked.” Bloom points out that news coverage tends to emphasize the most horrific examples to generate concern, but that can also skew perceptions.

Charlene Nimmons, 54, a longtime resident of NYCHA’s Wyckoff Houses in Brooklyn and the executive director of Public Housing Communities, a nonprofit, points out that not all NYCHA developments experience the extent of problems that others do, and she was worried that sometimes coverage of the issues could be misleading.

“I don’t think that you go into someone’s home and you start peeling plaster off the wall and you think, ‘Oh, this is so devastating,’” says Nimmons, explaining she thinks it’s demeaning to families who live in those units. “Ask those families, are you eating, are you working, are your children are going to school?”

Nimmons would like to see more emphasis on the resiliency of the people who put up with the condition of their housing while working to make their communities better. “Even though we’re having these struggles, the people that live in these houses are troopers. They are survivors. They are innovative,” Nimmons says.

Plus, she likes her home and feels comfortable in it.

“Where I live is prime,” she says, listing the stores within walking distance, multiple train lines and diverse neighborhoods surrounding her.

Michael Rosen previously worked at NYCHA in capital projects and property management for more than a decade. He thinks that those who do not live in NYCHA may not account for the good quality of life many residents have.

“I somehow wish I could bring others with me when I used to do [inspections] because there are just so many people living really satisfactory, happy lives in NYCHA buildings,” says Rosen. “If you were inside these units, you would never know that you’re in public housing, and that’s the way it should be.”

Ana Vazquez, a parent coordinator at P.S. 30 and a resident of NYCHA’s Adams Houses in the Bronx, agrees. Her two-bedroom is cozy, and its windows overlook the East River and the Manhattan skyline. There’s a flat-screen TV in her living room and a bright red washing machine in the kitchen. Her cat and Pomeranian scurry around the floor.

“This is my little haven,” Vazquez, 53, says. She moved into the unit 23 years ago when it was brand new.

“It’s still brand new because I keep it up,” she says. “I like my house to be nice. I have colleagues in my house sometimes. I don’t want there to be cracks in the walls.”

Vazquez keeps up her apartment — painting, removing mold, getting rid of roaches — because she says NYCHA doesn’t do a good enough job. Although she’s made some effort to leave Adams, the affordable housing she applied for still isn’t as affordable to her as her current rent, which she says hovers around $1,000 per month (most public housing residents pay 30 percent of their monthly take-home pay in rent, per federal public housing rules).

Besides, she’s invested in the community through the Adams Tenant Association. The members of the association advocate for residents, take children and seniors on trips, host fish fries and Thanksgiving dinners and pass out school supplies during back-to-school season. In other developments, members of tenant associations help connect residents to jobs, host voter registration drives and organize ever-popular Family Days, where current and former residents come together.

Ramona Santana has lived in Adams Houses for 45 years and been a member of the tenant association for 15 years and counting. She volunteers at the N. SHOPP Leon Neighborhood Senior Center, also in the Bronx, and her face lit up when she spoke of the activities there: dance and exercise sessions, painting classes led by museum educators, trips to the Bronx Zoo and New York Botanical Garden, dominos and bingo. On Valentine’s Day, the center held a celebration for two couples who renewed their vows on their 64th and 58th wedding anniversaries.

“My mother used to go there, and I guess that’s why I’m so attached to the center,” Santana, a senior herself, says. “When it comes to the seniors, I’m there.”

She has an eye to beautifying the outdoor area behind the senior center and requested fellow tenant Hector Rivera plant a rosebush there.

Rivera, 61, has spent the past eight years as a volunteer groundskeeper back at Adams Houses. He says he’s spent about $50,000 and about 40 hours a week planting and maintaining shrubbery, trees, and flowers in the property’s courtyards. He installed more than 15 birdhouses and bird feeders in the trees.

“I do it to improve the neighborhood, to have people see something better,” Rivera says, pointing out the hydrangeas starting to bloom: “Wait until another month.”

As president of the Adams Houses tenant association, Ronald Topping is keenly aware of the challenges facing the residents, but he’s not content sitting and waiting for things to get fixed.

Topping, 59, walked around the grounds of the development alternately gesturing towards what was wrong, including the rats running around and garbage cans that were too small — and what was improving, such as fixtures with dog bags on them and a basketball court that would soon be updated.

“I want to see the neighborhood empowered,” he says.