There Will Be No Real Pandemic Recovery Without Paid Sick Leave 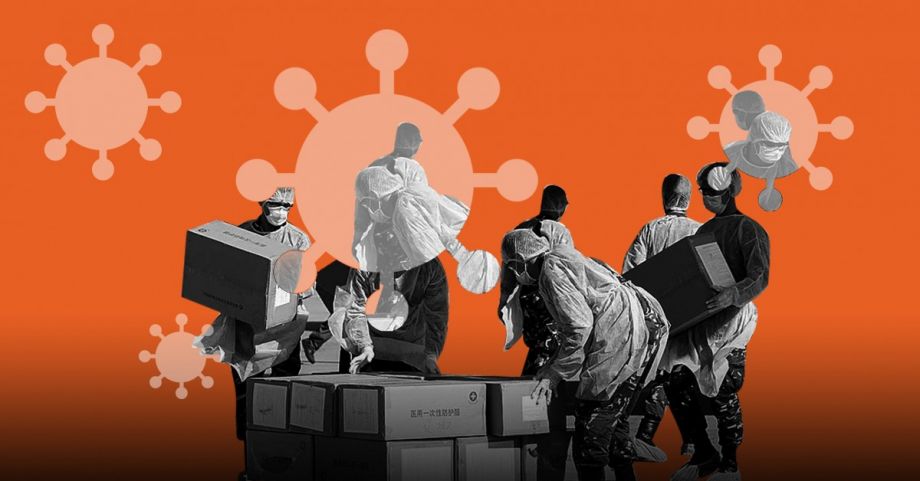 Cities across the world are shifting from emergency response to easing, recovery, and policy planning for what comes next. People are understandably focused on reviving macroeconomic activity and putting people back to work in a safe way.

But we cannot afford to ignore the lessons over the past few months. One of those lessons is that America’s lack of paid sick leave is a public health risk and policy crisis. In a critical early window when America’s outbreak became the world’s worst, people with COVID-19 symptoms found their economic circumstances too precarious to stop the spread of the disease. Unable to stay home sick without losing a paycheck or job, factory workers stay on their lines. Service workers help customers at their kiosks. And the disease spreads. This is an ongoing problem compounded by structural conditions of inequality in combination with failed federal pandemic policy and PPE shortages, to name but a few. A critical component is the lack of paid sick leave across our cities. Paid sick leave is one of the areas where the “normal” we all crave was actually part of the problem. On paid sick leave and many other issues, we need to think about not just returning to the status quo but about the ways in which our current policies don’t serve people in our cities well, especially black and brown communities and essential workers.

What this disease has made unmistakably clear is that the stock market, GDP, and even the employment rate do not tell the whole story of Americans’ economic health. When our economy creates unique individual desperation that has negative public health impacts, it’s clear that other metrics matter, too. Because it, too, is distributed unevenly, the lack of paid leave contributes to the larger problem of a bifurcated economy, where some workers get dignity and comfort and others — from delivery people to meatpackers — are treated as (literally) perishable inputs in the country’s economic machinery.

It doesn’t need to be this way in the United States. Americans will have to ask and answer for themselves why the U.S. and South Korea had their first cases of COVID-19 on the same day, but South Korea contained its outbreak while the U.S. became the country with the worst COVID-19 outbreak in the world. Other countries facing this pandemic are not dealing with this level of unemployment.

Cities in the U.S. have been on the front line of this conversation, where essential workers are putting their lives at risk. Domestic workers, primarily women of color of immigrants, are working without paid sick leave or health insurance. The National Domestic Workers Alliance, for instance, is organizing a Coronavirus Care Fund and providing resources and webinars to domestic workers — most of whom are women of color and/or immigrants, and 82 percent of whom lack paid sick leave.

The Families First Coronavirus Response Act created new temporary paid sick leave and paid Family and Medical Leave Act (FMLA) programs that are 100 percent reimbursable by the federal government. But what happens after the acute needs of the crisis? Paid family and medical leave need to be made permanent.

States and cities across the U.S. can learn from other countries. The UK has a COVID-19 Job Retention Scheme, under which employers in the UK can claim back up to 80 percent of wage costs for employees who are placed on furlough, up to a cap of £2,500 per individual per month plus the associated Employer National Insurance contributions and pension contributions. Germany has offered companies unlimited loans to prevent them collapsing because of the pandemic. In a move designed to protect jobs and the economy, loans will be available to both small and large businesses, which will also be able to defer billions of euros in taxes. These measures go hand and hand with existing policies which give workers a fairer share and ease the stress placed on individuals.

As we explore the mid and long term range impacts of COVID-19 on workers in cities, the future of workers in the gig economy will be a critical component. According to the World Economic Forum, people working in the gig economy (57 million in the U.S. alone) may not be able to afford to follow health advice to self-isolate. Almost 70 percent of gig workers said they now have no income, and only 23 percent have some money saved. Among gig workers and the self-employed, some 89 percent are now looking for a new source of income. Building in paid sick leave is essential for these workers.

Many of us dream of returning to our pre-COVID-19 status quo. But this disease has also illuminated the ways in which we shouldn’t. The reality is that American democracy has been deeply broken for years, in ways that stem from — and in turn magnify — disparities in political and economic power and longstanding patterns of social exclusion. The fact that black Louisianans make up 32 percent of the state’s population and 70 percent of the COVID-19 fatalities demonstrates the failures of our democracy. No amount of stock market bounce-back can substitute for larger structural policies targeted to address systemic inequality. Those will depend on widening the circle of political and economic power, especially to empower black and brown communities and essential workers.

For many working Americans, a recovery that only looks backward will be insufficient. We now know that our collective health depends on giving workers the sick leave they need.

Hollie Russon Gilman is a Fellow at New America's Political Reform program. She is also a Fellow at Columbia World Projects and Georgetown’s Beeck Center. At Columbia she teaches “Technology and the Future of Governance and Public Policy. She served as the White House Open Government and Innovation Advisor in the Obama Administration. Daria Schitrit is a Master of Public Administration candidate at Columbia University School of International and Public Affairs, concentrating in Urban and Social Policy and Management. She holds a B.A in Political Science and Education from Tel Aviv University with six years of consultancy experience in the public sector.