The Week in Carrots: Cities, Countries Try Lures to Get People to Ride – Next City

The Week in Carrots: Cities, Countries Try Lures to Get People to Ride 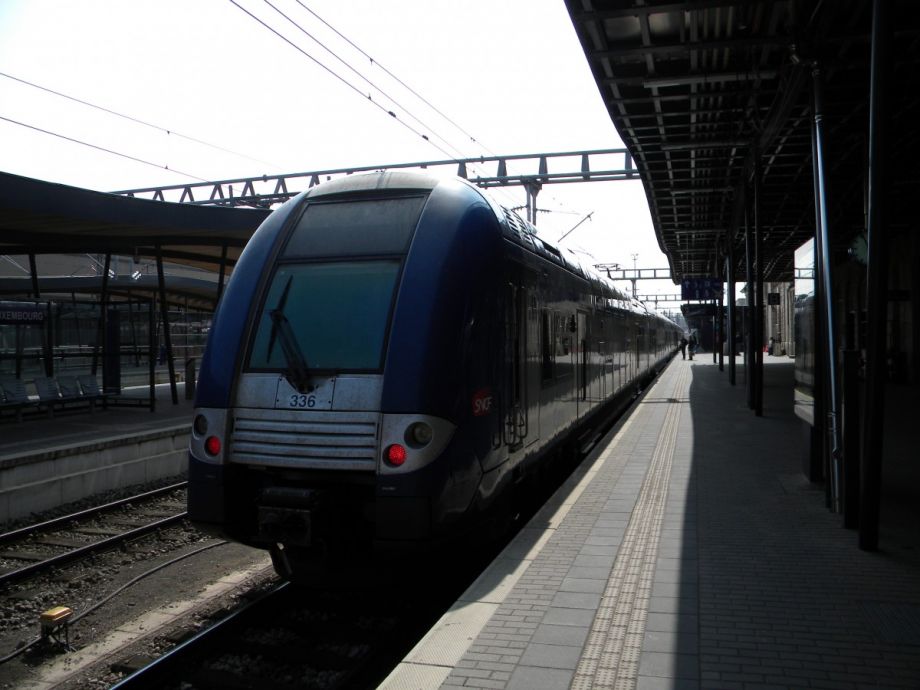 Mass transit remains the most efficient way to move large numbers of people through and around cities, as even the ride-hailing services recognize (see last week’s “New Starts” lead item). But they’re not terribly efficient if people don’t ride — or if too many people ride at the same time. This week, we feature three ways cities and countries are trying to encourage more people to climb aboard the bus or train — in one case, to climb aboard early and avoid the peak-hour crush.

In Luxembourg, Free Fares for Everyone

The government of Luxembourg this week released details of plans to make public transport free throughout the country.

According to a report in Metro Report International, state Transport Minister François Bausch announced Jan. 21 that effective March 1, 2020, state-run public transport operating entirely within the borders of the compact nation would be free for everyone to ride, regardless whether or not the rider is a citizen of Luxembourg.

The free-fare policy does not extend to services operated by local authorities, but Lydie Polfer, mayor of the national capital, also called Luxembourg, has announced that the city will participate in the free-fare scheme.

Operating costs for the trains, trams and buses will be paid for out of existing tax revenues, with no new taxes being introduced specifically for this purpose.

The free-fare policy is being introduced as part of a larger restructuring of the country’s public transport operations. The national bus network will be restructured to provide better connections in the evening and on Sundays, and the national government plans to invest €2.2 billion (US$2.5 billion) in the national rail network and €390 million (US$442.7 million) in the Luxembourg City tram system between now and 2023.

“The introduction of free public transport is an important social measure,” said Bausch. “One can see it as the social icing on the cake of the global strategy for a multimodal offensive” to increase use of public transport and decrease the use of individually owned cars.

The challenge Tokyo faces is not getting more people to ride the city’s subway system. It’s getting them not to jam onto the trains during rush hour, when some lines operate at twice their carrying capacity.

Metro Report International reports that the Tokyo metro system is conducting an experiment to see if it can bribe riders to travel earlier in the morning with the promise of free food.

Passengers boarding at stations from Toyo-Katsutadai on the Toyo Rapid Railway line to Monzen-Nakacho on the Tozai Line will be eligible to get free food during the two-week pilot project, which began Jan. 21. The Tozai Line, which runs through to the Toyo Rapid Railway line, is one of the busiest in Tokyo. In 2017, it carried 76,616 passengers on average between 7:50 and 8:50 a.m. on the segment between Kiba and Monzen-Nakacho stations. That’s 199 percent of the capacity of the line’s 10-car trains.

The experiment seeks to alter group behavior: in order for riders to get fed for free, they have to shift their rides to an earlier time in sufficient numbers. Passengers wishing to participate in the incentive program must register in advance and ride earlier for all 10 weekdays. The cutoff time for early riding varies by station.

What they’ll eat depends on how many opt to ride earlier. If at least 2,000 passengers become early birds, everyone who registered and rode gets a certificate good for a free piece of tempura. If 2,500 or more participate, the dish is upgraded to a bowl of soba noodles. And if the pilot gets 3,000 people to successfully complete the requirements, everyone gets both tempura and soba noodles. The certificates can be redeemed at Metro An, a noodle-shop chain with locations at four stations along the line — Otemachi, Kinshicho, Shinkiba and Nishi-Funabashi.

The free-food pilot project is taking place in conjunction with a larger project of the Tokyo Metropolitan Government to reduce peak-hour ridership. About 1,000 businesses are allowing their employees to work from home or work at different hours as part of that project.

In Boise, A Cheap Lyft to Your Bus Stop

The city of Boise, Idaho, is so eager to get more people riding the city’s bus system that it will chip in to give riders a Lyft to and from their bus stops.

The Idaho Statesman reports that the city of Boise and Valley Regional Transit (VRT) will jointly subsidize Lyft rides of up to two miles to and from 14 bus stops on five lines that serve the city’s western reaches. Riders will pay only $2 for their Lyft rides, with the city and the transit agency paying for the rest of the $7 to $8 fare for a two-mile ride at peak hours. Riders will have to pay for the balance of Lyft fares over $8.

Riders can also purchase a monthly pass for $90 that includes both 31 days of rides on Valley Regional Transit and 31 days of Lyft rides.

In conjunction with this 18-month pilot project, service frequencies on the two lines that account for most of the stops, 7A/7B Fairview and 9 State Street, will be doubled from every half hour to every 15 minutes at peak hours.

Katie Justice, program director for the newly formed Downtown Mobility Collaborative, told the Statesman, “We really wanted to extend our service as far west in Boise as we could, mainly for equity purposes. There’s a lot less service in that area but a lot more low-income and refugee housing.”

The larger goal, she said, is to get people out of their cars and onto the buses.

The city of Boise is putting up $100,000 for this program, and VRT is using a federal grant to match that amount. The $200,000 will pay for 33,000 rides. If the project is successful, the city will expand it to the airport and other areas. Justice expressed the hope that other area cities will join in the program if it does prove successful.