The Urban Garden as Crime Fighter – Next City

The Urban Garden as Crime Fighter 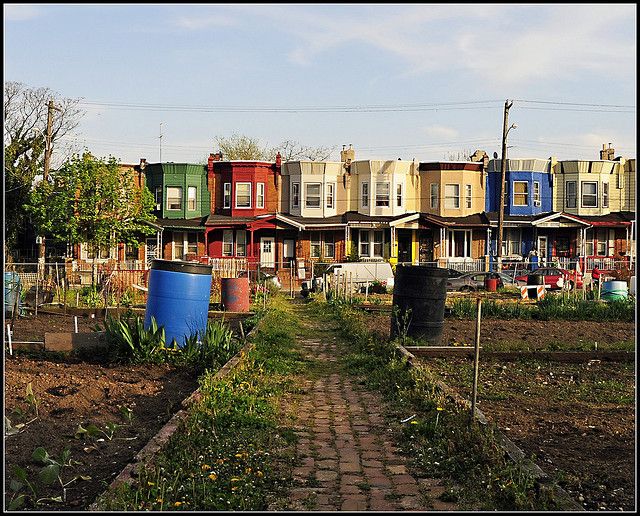 Community gardens have been long-regarded as symbols of neighborhood revitalization, but could a well-tended patch of grass actually help fight crime? A recently published study by the University of Pennsylvania’s Perelman School of Medicine suggests the answer may be yes.

Researchers randomly selected two clusters of vacant lots in Philadelphia — one that was later greened and one that functioned as the control — to examine the effects of greening. The researchers found that greening the vacant lots made nearby residents feel significantly safer, and that the greened lots could be linked to reductions in certain gun crimes in the area. Police crime data showed that area assaults both with and without guns lessened after the greening. Researchers posited that the difference could be chalked up to the fact that it’s easier to hide illegal guns and illicit activity in a trash-laden lot than it is in a green space, and that the greening may have fostered a greater sense of unity within the neighborhood.

The data expands upon findings from a study led by Penn epidemiologist Charles Branas, published in 2011, which compared thousands of greened and non-greened vacant lots over a nine-year period. The work of the Pennsylvania Horticultural Society’s Philadelphia LandCare Program — an initiative responsible for the greening of 4,500 vacant lots, or 7.8 million square feet, from 1999 to 2008 — served as the basis for the study. The results of the study suggest that vacant lot greening was associated with reductions in gun assaults and vandalism in certain areas, and reports of reduced stress and increased exercise among residents in other areas.

Elsewhere, mid-size cities like Pittsburgh and Detroit are exploring green space as a way to address the numerous vacant properties left behind by their shrinking footprints. In Cleveland, a city hit hard by the foreclosure crisis, the Reimagining Cleveland project grants $2,500 to $20,000 to residents and community groups to manage a parcel of vacant land. Projects have ranged from permeable parking lots to community gardens and orchards. Fellow Rust Belt city Detroit has about 40 square miles of vacant lots, and the city may transform a portion of the urban prairie into a working farm.

As of 2010, Philadelphia had some 40,000 vacant lots, 12,000 of which were publicly owned. Though greening vacant spaces may not singlehandedly reduce escalating crime rates — here, and in cities nationwide — evidence may suggest that the strategy should be included in cities’ arsenals of crime-fighting tactics.