The Uncertain Fate of the Downtown Department Store – Next City

The Uncertain Fate of the Downtown Department Store 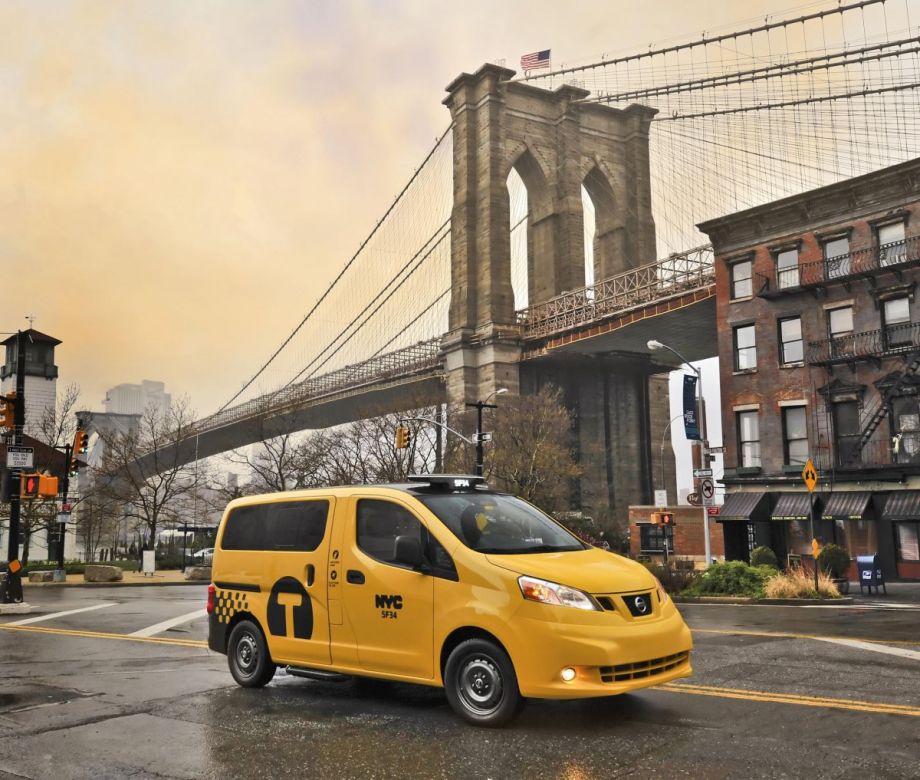 The American department store was born in New York City, but the concept was perfected in Philadelphia. In the 1870s John Wanamaker purchased an antique freight train depot on 13th and Market streets. He didn’t open the gargantuan store in the retail center of the city, but its cheap prices, big advertising budget and dazzling, regimented layout soon changed that, spawning at least eight imitators in the surrounding blocks and creating a new commercial corridor east of City Hall.

The mega-retailers of late 19th and early 20th-century Philly competed to outdo each other with bigger, more elaborate, and superiorly equipped constructions. In the process they built the first public buildings to have passenger elevators and electric lighting. Despite fierce competition Wanamakers’ namesake store remained king, securing the title with the 1911 construction of an elegant new flagship store the size of a city block, designed by the architect who planned D.C.’s Union Station. Of its four dining options, the “Grand Crystal Tea Room” alone could seat 1,400 people.

Today little evidence remains of the old shopping hub. The Gallery at Market East, an indoor mall sunk below street level, has soaked up most of the name-brand retailers. Much of Market Street east of City Hall is lined with discount stores, sneaker shops and fast food joints. The only remnant of the bygone downtown department store era is a Macy’s that occupies the still-grand Wanamaker building. An out-of-town rival subsumed the titular company in 1995, during the massive department store mergers of the 1990s. Macy’s was the eventual victor, gobbling up all the competition and taking over the towering Market Street structure in 2006.

Many of the old bells and whistles used to attract the masses are still in place, and December is the best time to enjoy them. Macy’s has carried on Wanamakers’ traditions, although “The World’s Largest Organ” is played less often than when the ancient regime ran the place. (It can still be used to stunning effect, however.) The annual Christmas Light Show continues to periodically bathe the interior in weird, warm, flickering colors. The Wanamaker Eagle, which punches in at 2,500 pounds of bronze, remains in place.

But the store is something of an anachronism. Downtown department stores reached their peak in the early 20th century. With the birth of the mass produced automobile, companies began eyeing the suburbs. The Great Depression and World War II arrested the process, as both auto and retail consumption crashed with the rest of the economy. In 1946 only eight shopping centers existed in the U.S, but by 1960 the number rose to 4,000.

Central city department stores managed to weather middle-class flight and the urban crisis for far longer than might be expected, and didn’t start dying off until the late 1970s. (In 1976 there were still four in downtown Philly, only one fewer than in 1926.) But after the decline began, it didn’t let up. Middle-class flight had hollowed out the consumer base and now fully enclosed suburban shopping malls, with their own department stores, siphoned away dollars.

“By 1984 the nation’s 20,000 large shopping centers accounted for almost two-thirds of all retail trade,” Kenneth Jackson writes in his classic The Crabgrass Frontier. “…in many medium-sized cities the last of the downtown department stores has already closed.”

The implacable forces of consumer capitalism rushed on, burying the downtown department store deeper in the dustbin of history. The reign of the enclosed suburban mall was soon supplanted by big box stores like Walmart, which came to utterly dominate the retail market in the 1990s. Now online shopping imperils the brick-and-mortar retail giants, both urban and suburban. (Macy’s company recently closed its Bloomingdale’s location in the Mall of America.)

Earlier this year the company announced the closure of its St. Paul location, the first time the city will be without a downtown department store in over a century. Houston’s downtown Macy’s, previously the flagship of local Foley’s built in the 1940s, was leveled in spectacular fashion this September. The Honolulu location was shut down in the same round of downsizing — it had formerly been a branch of the islands’ Liberty House chain built in 1850. The St. Louis Macy’s, once the location of the 100-year-old Famous-Barr chain, also closed, leaving behind an entire block of vacant space.

This isn’t to say that the remaining downtown department stores are inevitably doomed. According to Cincinnati.com, Macy’s still maintains “about two dozen department stores… in downtowns across the country.” The Manhattan location is thriving, according to New York magazine, with an annual revenue of $600 million raked in from an estimated 40,000 daily visitors. That’s better than the roughly $58 million, in 2013 dollars, that the two Wanamaker’s locations made in 1920.

But nothing about Manhattan is representative. It is far more dense, with far more tourists and far more pedestrians, than any other U.S. city. Still, Philadelphia is more akin to New York than St. Louis. The region’s perennially put-upon transit authority, SEPTA, is a big help. All of its regional rail lines, both subways and most trolleys flow to or through City Hall and its retail-oriented attendant to the east.

Philadelphia’s neighborhoods, especially those farther from the center, suffer from incredibly high poverty rates and a dearth of good jobs. But the downtown experienced a jobs, population and development boom that barely slowed during the recession. The retail occupancy rate is 88.4 percent, according to a December 2013 report. Sustaining the businesses are a 251,000-strong workforce, 103,000 residents and 2.7 million overnight visitors within a one-mile radius of City Hall. (All numbers from 2012.) The Pennsylvania Convention Center, located two blocks from Macy’s, hosted 1.05 million conventioneers last year. On days when a convention is in town, the store is thronged with people.

“Clearly with urban renewal and things going on, more people are moving further downtown into more urban areas… [and we have a] healthy consumer base of native Philadelphians,” says Deanna Williams, a public relations representative with Macy’s. “The revitalization of the downtown from a residential point of view and Philadelphia’s becoming a tourist destination — those are the factors in the store becoming as successful as it is.”

Nevertheless the current store is a shadow of its former self. In 1914 Wanamaker’s boasted 45 acres of retail space and 140 departments, and an in-house branch of the U.S. Postal Service. At its peak it employed 8,000 people. Today the similarly sized Macy’s in Manhattan employs 3,000 people, a testament to the mechanization and rationalization of labor, and the resultant loss of low-skill jobs. The substantially smaller Philly store has only 300 year-round employees.

There are no obvious signs about the medium-term fate of Philadelphia’s last national, standalone downtown department store. Internet shopping promises to continue gnawing at the business model. The convention center, which brings in so much business, is struggling. But Center City continues to boom and the store is accessible from the ever-growing restaurant scene on South Broad Street. As the city’s purposefully carless population grows, Macy’s could win the business of those who want to try on a suit, or test out a mattress, before making a purchase.

“It’s got a great location between two train stations. If a Center City store is going to survive, this would be it,” says John Hepp, a professor of history at Wilkes University and author of The Middle-Class City, a study of Philadelphia between 1876 and 1926. “But it’s also clear, from those stores that Macy’s has closed, that [the company is] looking very carefully at the bottom lines of individual stores. If that store starts to lose money on a consistent basis, Macy’s may very well close it. And I don’t see any other retailer coming in.”

There is no other retailer in a position to try. The specter of closure summons images of St. Louis’ downtown, which was reportedly left with a whole block of vacant retail property after its Macy’s went out of business. The venerable old building had never been anything else, and it’s hard to imagine it taking on any other form. But the imposing structure, once entirely run by Wanamaker’s, is now carved up between numerous tenants and includes offices, restaurants and parking. It isn’t hard to imagine restaurants occupying the ground floor, while the upper stories are taken over by white-collar employers and, perhaps, the odd museum. Hopefully they’ll still let the mob in to use the organ.