The Troubling Rise of Family Homelessness – Next City

The Troubling Rise of Family Homelessness 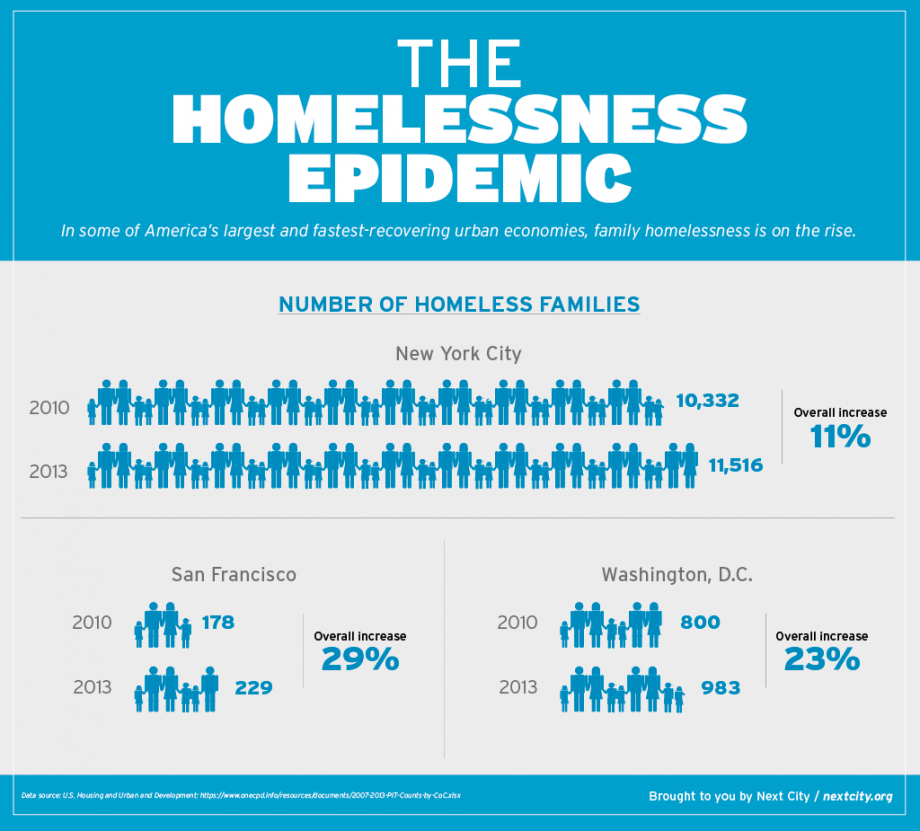 This week’s Forefront story explores the disturbing rise in family homelessness that has accompanied economic recovery in some of the U.S.‘s most robust major cities, including New York, San Francisco and Washington D.C., as shown in the infographic above.

Families who are homeless survive differently than individuals on the streets, making it so that this shadow on the recovery goes unseen by many of us.

These homeless families “live doubled up with friends or relatives, or in cars or public buildings,” reports Forefront writer Aaron Wiener. “And perhaps more than any other type of homelessness, it’s carried by macroeconomic tides, meaning that even as the wave of economic growth carries some Americans back to prosperity, low-income families can find themselves particularly vulnerable to an undertow caused by shifts in the housing and job markets.”