The Top 12 Movies About Urbanism – Next City

The Top 12 Movies About Urbanism 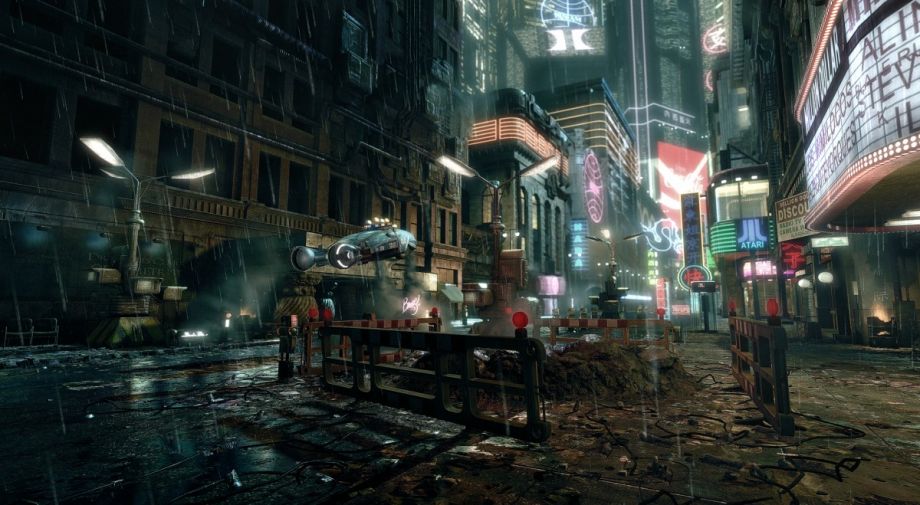 Movies play a powerful, if rarely recognized, role in how we understand urbanism, whether they are set in drivable suburban or walkable urban places. So in the run-up to the Academy Awards on March 2, it seems appropriate and mildly educational to present our entirely subjective list of the top 12 movies about urbanism.

We used three criteria to add a veneer of scholarly rigor to our rankings. First, the movies had to be popular, not obscure indie films. Second, the urban/suburban setting was an essential “character” in the film, even if a subtle one. Third, there are lessons to learn from the film about urbanism and its consequences on society, economics and the environment.

1. Back to the Future I & II. Steven Spielberg’s classic is our choice for the most important movie about urbanism — or more accurately, two movies from a series, as BTF III is worthless — since it shows two forms the built environment can take, walkable urban and drivable suburban, in three different time periods. The walkable urban form is dominant in 1955 downtown Hill Valley, an invented small California town centered on a grassy plaza. There is a vibrant town life with most jobs, shopping, school and houses within walking distance, though the car (and skateboard) integrates well into its character.

Another form, drivable suburban, dominates the Hill Valley of 1985 as the center of town life has migrated to a regional mall and subdivisions. The nearly abandoned downtown is home to X-rated theaters, and the plaza has been turned into a surface parking lot. For those who have seen the movie 20-plus times like we have, you may have noticed that Marty McFly parks his time-traveling DeLoren behind a 1955 billboard out in the country. That billboard advertises a coming subdivision where McFly will be born, thus demonstrating the shift from walkable urbanism to drivable suburbanism over the next couple decades.

In Back to the Future II, McFly time travels to the distant future… set in 2015. The film nailed the downtown walkable urban redevelopment trends we have witnessed across the country over the past 10 to 15 years, an amazing feat of prognostication considering it was written in the mid-1980s. Downtown Hill Valley is once again the center of town life with increased density, vibrant retail and lots of people on the streets. The plaza has once again become a park. It also shows that the suburbs have become slums, which reflects the 21st-century suburbanization of poverty. The only detail the film got wrong — and that nearly every futuristic film gets wrong — is the use of flying cars.

2. Chinatown. Roman Polanski’s 1974 masterpiece fictionalizes how water from the Owens Valley was brought to the San Fernando Valley in Los Angeles, which allowed the city to grow into the country’s model of drivable suburban development. It also shows the intensely walkable urban downtown L.A. of 1937, as well as the drivable suburban neighborhoods on the high end Westside and the orchards in the San Fernando Valley, which had their water cut off to force farmers to sell land cheaply to corrupt developers. These developers would go on to turn a huge profit subdividing the valley into suburban neighborhoods after the Second World War.

3. Blade Runner. This 1982 Ridley Scott film projected what L.A. may look like in 2019. The rich live in isolated high-rise towers, powerful corporations control the city of 106 million (how it grew that fast in 37 years is a mystery), and the poor eke out a living in polluted, crime-ridden streets. One major importance of the film was giving urbanists the term “Blade Runner scenario,” regarding 1980s fears about the future of U.S. cities — which, thankfully, did not play out.

4. Do the Right Thing. Spike Lee directed this Brooklyn-set 1989 film that addressed mid- to late-20th century issues of urban racial conflict, particularly white flight and black migration. Today’s gentrification — Spike Lee himself went on a highly publicized rant about the phenomenon just last week — is stirring these issues again, though in reverse, raising questions of who “owns” a block or neighborhood. The best recent play to tackle the topics of white flight, black upward mobility and gentrification is the 2011 Pulitzer Prize-winning Clybourne Park, set in the same fictional Chicago neighborhood as Lorraine Hansberry’s 1959 play A Raisin in the Sun.

5. It’s a Wonderful Life. This classic 1946 Christmas film, starring Jimmy Stewart and Donna Reed, portrays two possible versions of a small town. Its presmise centers on Stewart’s desperate wish that he had never been born. His guardian angel, then is tasked with showing Stewart what the town would look like if that were true: A place dominated by a money-grubbing banker who finances gambling and prostitution, and forecloses on Stewart’s friends. The alternative version — a calmer, more pastoral prewar American town — is what comes to pass when Stewart’s friends rally around his failing Savings & Loan to prevent it from foreclosure. It is a joyous Christmas as the S&L, and by extension the entire town, is saved from the banker’s clutches.

Both versions of show a vital walkable urban place, though the banker’s version appears more crime-ridden. (Salon infamously defended the banker’s vision as a more vibrant and exciting place in a 2001 think piece.) Ironically, Stewart’s S&L seems to have financed subdivisions on the fringe, planting the seeds of sprawl and the inevitable decline of the town.

6. Sunshine State. This 2002 John Sayles effort is not only the best representation of conventional real estate developers on film, but also one of the funniest movies about urbanism out there. Developers arrive in coastal Florida in search of their next golf course resort opportunity. One of those opportunists, Alan King, has some of the best lines in the movie. As he stands on a golf course, for instance, he exclaims how great it is to have “nature on a leash” and, later on, describes how “nature is overrated.” The local town booster whines, “you don’t realize how difficult it is to invent a tradition.” The movie ends with King and his developer buddies teeing off on the grassy median of an eight-lane commercial highway.

7. The Truman Show. This 1998 Peter Weir movie stars Jim Carrey and is set in Seaside, Fla., the first and most iconic New Urbanism project. It is perhaps the best and worst movie about New Urbanism. One the one hand, it shows a place where everything — work, friends and shopping — is delightfully within walking distance. On the other, its plot revolves around someone unknowingly growing up on a stage set, which means the film plays into a major criticism of New Urbanism: That it is a development fantasy unconnected to the real world.

8. The Majestic. This 2001 film, also starting Jim Carrey, is about the belated return of a World War II veteran to his hometown in the mid-1950s after he loses his memory in a car accident. The walkable town has been decimated by the loss of so many young men during the war, and its blighted downtown functions as a metaphor for the depression its residents still feel. Carrey tentatively embraces his possible former home and, with his supposed father, renovates and reopens The Majestic, a shuttered movie theater that was the former heart of the town. It demonstrates the role that entertainment plays in the initial revitalization of a downtown.

This film has special meaning to both of us, since we built a 14-screen movie theater as part of the revitalization of downtown Albuquerque. When The Majestic came out, it affirmed that what we were doing was not so crazy. The 1998 Oscar-winning Italian classic, Cinema Paradiso, teaches a similar lesson.

9. Metropolis. Fritz Lang’s 1927 silent classic shows an Orwellian urban future when people are enslaved to huge industrial organizations. This includes intensely dense and souring high-rise buildings, freeways (which were none too common at the time) and, of course, flying cars. Portraying the downside of urban places was part of many films through much of the early 20th century, intentionally or unintentionally urging viewers to move to the suburbs.

10. You’ve Got Mail. This 1998 Nora and Delia Ephron-written romantic comedy does have a great lesson about an issue that riles neighborhoods today: The role of mom-and-pop versus big-box retailing. Tom Hanks plays the owner of a big-box bookstore (think Barnes & Noble), while Meg Ryan runs a small children’s bookstore that her mother ran before her. Hanks’ big box crushes Ryan’s tiny establishment, but not before the pair falls in love via email. A children’s author who has always released her books at the small store is among the first to bail, seduced by the larger audience of the big box.

The urban issues here are not as easy to understand: Ryan’s boyfriend early in the movie is a band-standing intellectual who writes stirring opinion pieces about saving the soul of the city by keeping the children’s book store open. In the end, however, big box Hanks wins Ryan’s heart. It is ironic that Barnes & Noble, following Borders, is on the ropes today.

11. Blue Jasmine. This 2013 Woody Allen film starred Cate Blanchet, who could win Best Actress for her role in a survey of so many levels of life in two of the finest examples of urbanism in the country: A life lived in the highest income strata on Manhattan’s Upper East Side, spiraling downward to the lower-middle class in San Francisco, a brief chance at reclaiming her “rightful” place in society that fails, and finally settling at the very bottom as a homeless bag lady talking to herself in a city park.

12. Mr. Blandings Builds His Dream House. This 1948 Cary Grant and Myrna Loy romantic comedy follows the happy couple, their children and a maid living in a cramped Manhattan apartment as they move to their “dream house” in suburban Connecticut. Screwball things happen as they rehab a crumbling wreck, pouring more and more money into the place. Grant moans that this is not fair to the young couples that “do not make $15,000 a year” like he does. Of course, everyone lives happily ever after, but only after the maid comes up with the advertising slogan that saves Grant’s butt. This wildly successful film was more fuel for the growing stampede to the countryside getting underway in the late 1940s. It was updated in the 1986 Steven Spielberg movie, The Money Pit.

Chris Leinberger is a professor at the George Washington School of Business and a nonresident senior fellow at the Brookings Institution. Lisa Leinberger works at The Phillips Collection, the first modern art museum in the country. She was one of the first television-based female movie reviewers.