The Solar Threat to the Grid 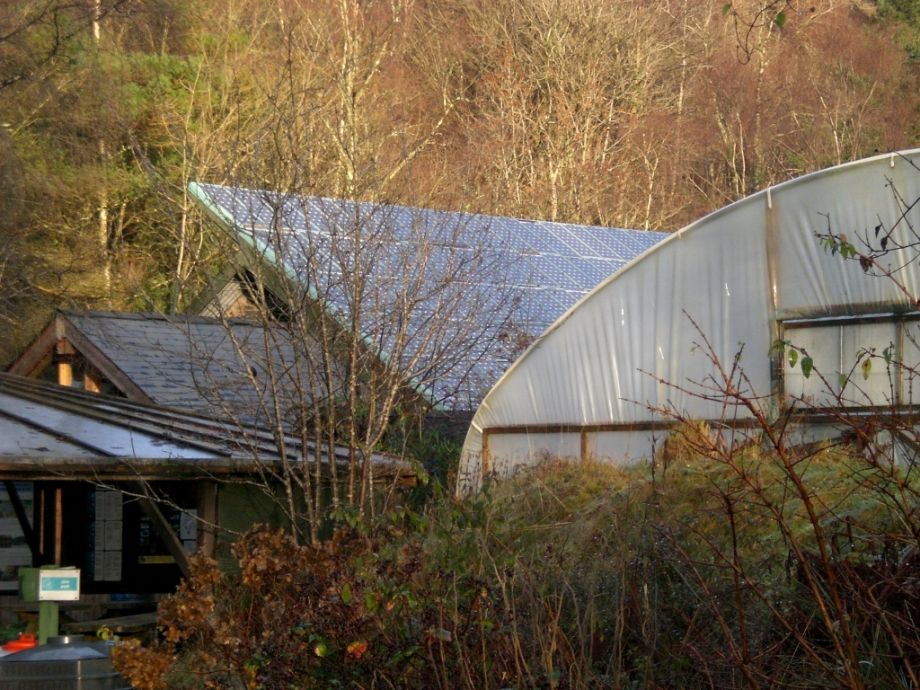 Solar power use has grown tremendously across the U.S. and Europe in the past few years. The declining cost of manufacturing photovoltaic panels, combined with generous government incentives for property owners to install their own panels, has blown away even the sunniest predictions. In 2010, for instance, Italy planned to install 8,000 megawatts of solar panels. It met that goal in just one year. Germany and Spain have seen similar gains.

But all this progress has given solar power a new problem: It’s destroying the economics of the traditional energy grid, upon which it stills relies.

Home solar panels are heavy users of the electrical grid, sending out power during the mid-afternoon when they get more sunlight than they need. They receive power at night and during parts of the day when the sun doesn’t shine so brightly. As David Rubin of the Southern California utility PG&E told KQED, “Solar customers really use the grid more intensively than non-solar customers.”

But solar customers don’t pay for the grid they use. Electric bills are calculated as a function of net usage, and if you dump more power onto the grid than you consume when the sun isn’t shining, your bill can drop to almost zero through a policy known as “net metering.” Fixed charges for grid access are low or nonexistent, and because power companies are heavily regulated as public utilities, they can’t simply add the charges to solar customers’ bills.

Instead, the costs get passed on to non-solar customers. Electricity bills in Germany and Italy have skyrocketed, mostly due to the increased adoption of renewables, and power companies’ bottom lines are suffering. (Germany power company RWE has seen its profits cut in half since 2008, and its market capitalization fall from 35 billion to 19 billion euros, despite a strong national economy.)

A spokesperson for Arizona Public Service Co., a power company, told the Wall Street Journal that each non-solar customer ends up paying $18 a year to subsidize his or her 18,000 solar-using counterparts. And due to the tens of thousands of dollars in upfront costs, solar users tend to be relatively wealthy, meaning that relatively poor traditional customers end up subsidizing those with panels.

Aside from equity concerns, the danger to the traditional grid also affects programs for green energy. The sun isn’t always shining, so even those who have enough solar panels to drive their electric bills down to nothing have to draw from the grid, and are invested in its continued existence.

The most obvious solution is to make solar panel users pay for the cost of grid connection. Fixed charges, which customers have to pay even if they produce more power than they consume, have proven controversial, as they make solar power less attractive financially and, in some cases, uneconomical. But despite resistance, these charges may be inevitable as the expansion of solar power wreaks havoc on the finances of traditional utility companies that solar consumers still rely on.

California legislators have passed a bill authorizing utilities to charge up to $10 in fixed fees starting in 2016, which solar production cannot offset. The legislation awaits the governor’s signature.

“Right now the model isn’t sustainable,” said a representative for Arizona Public Service Co., arguing in favor of a proposal to charge a much larger sum — between $50 and $100 a month — to solar customers to maintain the grid they use.

Despite protestations from the solar industry, the U.S. appears more ready than Europe to allow its regulated utilities change up their cost structures. (Spain, facing a deep fiscal crisis, has removed solar subsidies and started taxing panels, but power companies like Iberdrola are still begging for the right to hike fixed charges.)

But fixed charges may only be a medium-term solution to solar’s threat to the grid. Battery technology that efficiently and cheaply stores solar power could obviate the need for grid connection entirely, since they could store excess power in the afternoon for consumption after the sun sets.

Then again, nimble utility companies may be able to hold on to some of their business by getting into the energy storage game. RWE and E.ON, Germany’s two largest electric utilities, are partnering with Sonnenbatterie, a solar storage start-up, to sell storage systems with lithium ion batteries.

The reason is not only to capture the lost business, Greentech Media writes, but also to “manage those systems to better integrate all of that distributed solar power into the grid.” And for higher-cost European solar vendors, storage systems could be a way to differentiate themselves from their lower-cost Chinese competitors.