The Shard and the Politics of London’s Skyline – Next City

The Shard and the Politics of London’s Skyline 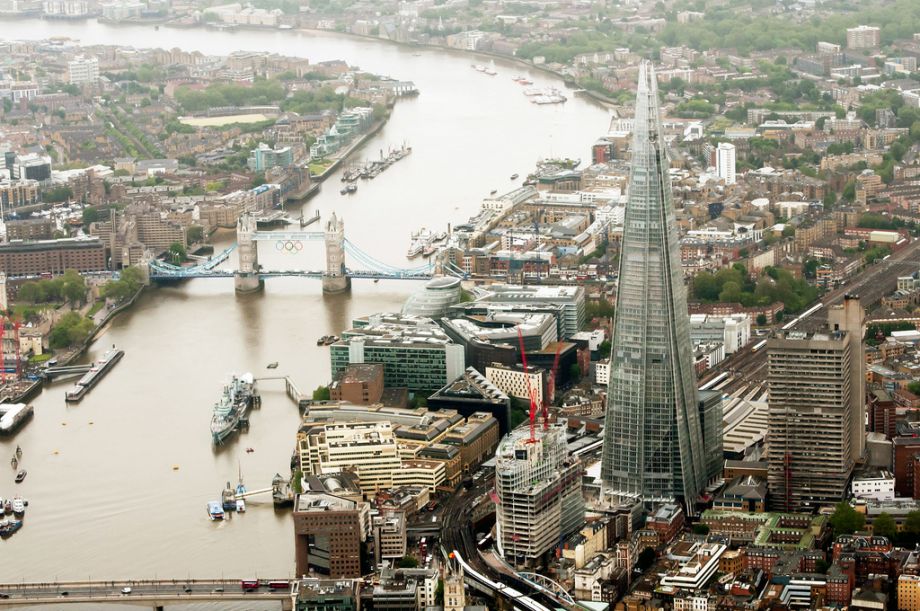 A few days ahead of the opening of the Shard, a 1,000-foot-tall skyscraper designed by the famed Renzo Piano that is now the tallest building in Europe, Guardian architectural critic Simon Jenkins used some pretty salty language to describe his feelings about the structure. He skewered its political backers for neglecting their civic duty, horribly disfiguring the city’s stately skyline, and for succumbing to an architecture that is becoming increasingly corporate-cozy.

“The Thames is to become a ditch of cash running through a canyon of glass,” he inveighed.

Jenkins’ tortured prose aside, what’s remarkable about this project is that people are building skyscrapers at all, given the global turndown in construction and development. In fact, in no period in history have as many tall buildings gone up as there have in the last five years.

At the end of each calendar year, the Council on Tall Buildings and Urban Habitat (CTBUH) a report documenting the number of completed structures coming in at at least 200 meters in height. Between 2007 and 2011, nearly 300 buildings 650 feet or taller were finished. The council, a non-profit based at the Illinois Institute of Technology in Chicago, collects statistics on the construction, financing and completion of skyscrapers.

The majority of structures went up in places like Abu Dhabi and Beijing, reflecting the movement of global purchasing power towards the Middle East and China. The projects, often mired in political strife and budgetary indiscretions, are primarily monuments to the wealth of their financiers, very rarely coming with clear economic development objectives before builders break ground.

And once they are built, they often languish for years. Dubai, host to 63 buildings 650 feet or taller — the most of any city in the world — has seen vacancy rates hover around 40 percent, a reminder of the folly of the city’s 2000-2008 real estate speculation boom.

Looking back on a history of tall buildings, it’s hard to find examples of skyscrapers that were not considered boondoggles when they were first completed. The Empire State Building, the third-tallest building in the United States, was completed in 1931, after the bottom had completely fallen out of the New York real estate market as the entire country faced the Great Depression.

There was so little demand for space in the building that news media referred to the structure as the “Empty State Building” for the first two decades of its existence. Even now, the Empire State Building is still just over 80 percent occupied.

Jenkins’ displeasure, and indeed the displeasure of many architectural critics at the arrival of the Shard, attack skyscrapers as costly, destructive totems of consumer culture, enemies of civic history and architectural memory.

So why build tall buildings at all? The CTBUH makes the case from a sustainability perspective; cheap building materials, high density and low carbon footprint make tall buildings a necessary ingredient of a successful urban built environment. These buildings’ external appearance veil the benefits they might have for urban centers.

So there might be a different reading of the Shard: With its sustainable design, its compression of 27 acres of usable space into a plot less than one acre in size, and the mix of uses it was designed to accommodate — there will be retail, commercial and residential space taking up the buildings 72 floors — the Shard might bring to London the same sort of inventory expansion that the skyscrapers of 1930s New York did; in less than 20 years skyscrapers grew volume in downtown New York by 92 percent.

The Shard is also among the tallest buildings in the world built with environmental sustainability in mind. Of the building materials used, 95 percent are recycled has state-of-the-art heating and cooling systems.

Still, as of this month no one has signed up to use the Shard’s office space. If this makes make the Qatari government, which owns the building, a bit nervous, Prime Minister Hamad bin Jassim Al Thani didn’t show it at the building’s opening on July 5.