The Rise of the Public Interest Incubator – Next City

The Rise of the Public Interest Incubator 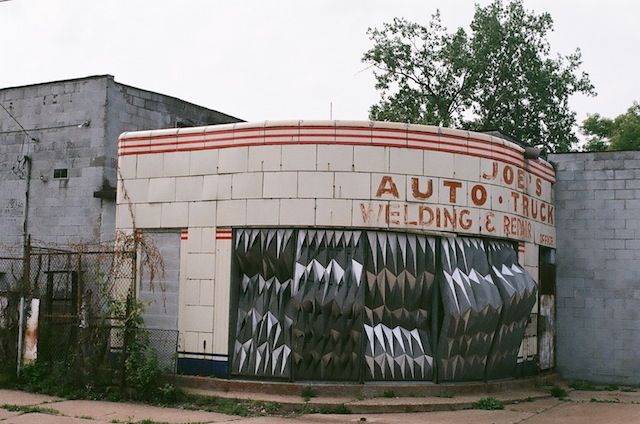 So you have a fledgling business, but don’t know how to make the next step. Don’t worry, there’s an incubator for that. And in Detroit, where entrepreneurs salivate over cheap real estate, some say opportunity is limitless.

Practice Space, set to open this September in an old auto body shop in the rapidly developing North Corktown neighborhood, embodies a shift away from the venture capital-backed, tech-focused incubator approach inspired by Sand Hill Road in Silicon Valley. Rather than stock the space with a half-dozen dudes who each have another disruption idea, Practice Space is taking in residents with backgrounds in architecture, accounting and graphic design — fields relevant to the local economy.

Like traditional incubators, Practice Space will take entrepreneurs under its wing by offering affordable space and advisors to get ideas off the ground and into the next phase. But founders Austin Kronig, Justin Mast and Donald Hart aren’t offering lavish V.C. funds and aren’t taking equity in each project that rotates through. They don’t expect the next Google.

Instead the return is having another business that contributes, in its small way, to the local economy.

“One of the requirements is that it is a place-based business,” Hart, Practice Space’s financial director, told me. “Where it actually is and how it interacts with the surrounding community is important to the business. If someone said, ‘I have this great moneymaking model for a call center and that call center could be put anywhere in the world,’ that’s not really our model. The key thing that we’re trying to tap into is a business’ connection to its surrounding community.” The neighborhood is as much a part of the business as what they’re selling.

The entrepreneurs and residents coming into Practice Space will be able to relate to the founders, who are financing the project with their own cash and small private loans. It will cost an entrepreneur $2,000 to have a project incubated over a four-month period and a resident $6,000 for the year-long program. “We’re a very lean organization expecting to engage with people who also don’t have a bunch of funding and backing,” Hart said. He and his partners plan to launch a co-working space in October for an additional revenue stream to make it a viable business.

Practice Space will take on one new project every quarter, along with five to six residents who will take classes and work directly with the entrepreneurs. But it’s not just throwing a group of bright-eyed wannabe pioneers into a room.

“Detroit can be a hard place to navigate,” Hart said. “This is a way for someone who has a specific skill set — say, an architect — to plug into the scene and spend time working on other projects to get a feel for the place, build contacts and also maybe move towards launching their own practice, if that’s something they want to do.” In an ideal world, the entrepreneurs might bring residents on after their time at the incubator or work with them down the line. It’s fostering small business at the neighborhood level with projects that have no intentions of skipping town for greener pastures.

The first project is a collaboration between Eleni Zaharopoulous, who bought an empty convenience store attached to a two-family house during the Wayne County tax auction last year, and Jenile Brooks, who runs the online grocery store Harvest Express. They plan to turn the building into a shared prep kitchen, café, library and multi-purpose food dwelling.

“A lot of people are flocking to Detroit because they’re seeing the potential opportunity and hoping to find that old building that has a lot of character,” Hart said. “But a lot of times there are complications and architectural challenges that come with that building.”

Practice Space is not the first to apply the incubator model to community-based development. Propeller, which launched in New Orleans in 2010, is a non-profit that works with businesses looking to provie for the community, from healthy food in schools to affordable housing for teachers. The Cleveland Culinary Launch and Kitchen is partnering with the Economic and Community Development institute for a food and beverage incubator to foster new community restaurants this summer. (It can’t be understated how many jobs the service industry creates.)

Last October, Silicon Valley entrepreneur and executive Peter Relan wrote on TechCrunch about how he thinks 90 percent of incubators and accelerators will fail. Relan, who founded the YouWeb incubator in 2007, said that some of the biggest problems are lack of business development resources, too many companies and too little mentorship. (He also said these failures are just fine for America.)

Ben Bator, co-founder of Texts From Last Night and a Detroiter, thinks that incubators, for the most part, aren’t the best path for start-ups nowadays. “I think the barriers in tech are getting low enough to the point where they’re not so necessary,” he wrote in an email. But he does remain optimistic about Practice Space due to its focused vision.

“You see so many stories about people getting in over their heads when taking on a project in this space,” Bator wrote. “Detroit is still a place where, if you want to start a restaurant, you have to not only build a kitchen, you have to put on a new roof first. You have to make a building a building before you get to even start designing your concept. Practice Space is cool because it is specialized. I think that’s the best way forward.”

By focusing on the neighborhood level and place-based businesses, Practice Space has an opportunity to foster smart, local businesses that can hopefully build some equity in the community. Detroit faces a host of problems — Anna Clark wrote last week about a 50-year plan to fix some of the city’s many troubles — and while a grocery store certainly can’t fix the city, it can usher in the sort of change that betters neighborhoods block by block.