The Most Provocative Elevator Music You’ve Ever Heard – Next City

The Most Provocative Elevator Music You’ve Ever Heard 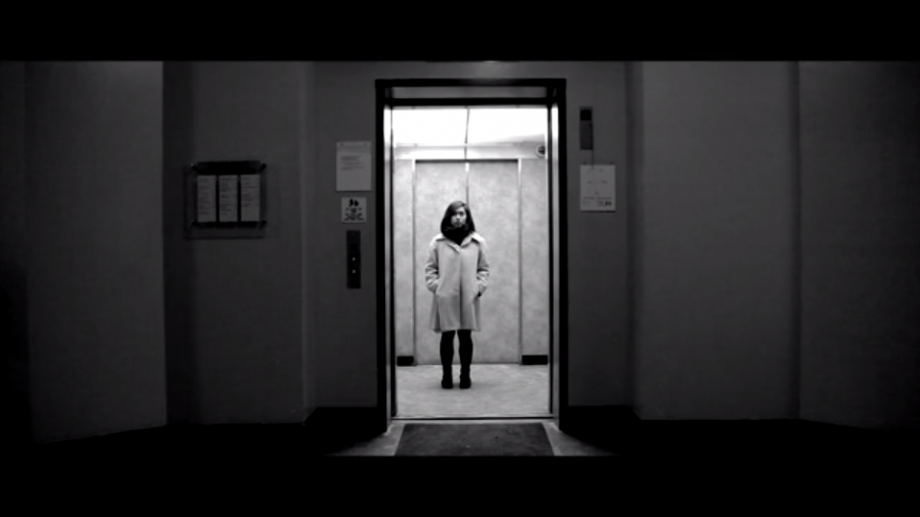 When I step into an elevator in the Wolf Building, a seven-story former paper factory in Philadelphia’s Chinatown North neighborhood, the Muzak is typical if a little archaic: A smooth jazz rendition of Antônio Carlos Jobim’s bossa nova classic, “The Girl from Ipanema.”

But then the saxophone stops, and what sounds like a young boy’s voice cackles from hidden speakers. “Please remember,” the voice says, “that I’m always watching you.” Yeah, it’s creepy.

That interruption, though, is part of the song, which isn’t a jazz standard at all but a one-minute track by Steve Parker called “InterMuzzak I.” Parker’s composition, in turn, is one of 13 tracks that make up Yowei Shaw’s ongoing exhibition, Really Good Elevator Music.

As she tells it in a Friday presentation at Philly’s Asian Arts Initiative, the 26-year-old Shaw had initially wanted to create a “cell phone audio tour” of Chinatown North, where she has spent a lot of time working with the initiative. (The neighborhood also goes by Callowhill and Eraserhood, after its most prominent former resident.) But recording people outside brought on all sorts of logistical problems, which got Shaw thinking about quiet spaces that guarantee a momentarily captive audience.

She settled on elevators, where people of all kinds have stoically put up with Muzak since it first started appearing in the 1930s, when the eponymous company responsible for the stuff was founded.

Elevator music — Muzak, or whatever you want to call it — isn’t only cheesy and annoying. It has been used to control human behavior for decades, calming people down in quasi-public spaces like elevators, hotel lobbies and train stations, or encouraging them to shop in department stores, or keeping their productivity high in the workplace.

“I found this all kind of sinister,” Shaw says. Rather than aiming to placate or manipulate, she wanted to see if she could create elevator music for “pro-social” reasons. What does that mean? According to Shaw, it could be anything that promotes a reaction beyond passive listening.

“I find myself very awkward in elevators,” Shaw says in an interview after Friday’s presentation, detailing how she never knows where to look, what to say or what body language to assume. Conventional elevator music, she says, discourages people from talking with one another. Instead, she has noticed that passengers will keep to themselves: Some read, the more faithful pray, and many keep their eyes locked on their smartphones.

Really Good Elevator Music seeks to subvert the role of ordinary Muzak by acting as a de facto icebreaker. This “surprising, new thing in your immediate environment,” as Shaw puts it, demands some kind of interaction, whether positive or negative. And she welcomes reactions of all kinds — even the man who turned to Shaw in the elevator and, unaware that he was speaking with the artist, said, “This is going on for far too long.” Promoting dialogue, after all, means you should expect to hear something negative or confrontational once in a while.

The soundtrack itself comes from six artists (in addition to Shaw), who took a number of different approaches to their assignment. Much of it is a combination of music and prerecorded sounds. Some are noises that Shaw and collaborator Kyle Pulley captured in a kitchen. Others come from multilingual interviews with residents of Chinatown North, which artist Aleks Martray spliced together over a hypnotic percussion track. My favorite involve mock public service announcements, such as the following, from another “InterMuzzak” experiment by Parker:

Did you know the spot you are standing in right now would have been third base for the stadium the city was planning to build over 10 years ago? But, because of community support and protest, you can now enjoy baseball… in South Philadelphia.

Why start in the Wolf Building? The level and variety of foot traffic, for one. This former industrial space, whose dynamic history you can read all about in this University of Pennsylvania report, now houses residences, studio spaces, a health care center and the multipurpose venue Underground Arts. It’s “not just an apartment building,” as Shaw says, and all different kinds of people ride the elevators here.

In a short documentary about the project, one elevator passenger, an older woman who implies that she’s a teacher, enthusiastically notes the installation’s final track. It’s a recording of local eighth-graders singing, off beat and largely out of key, a Miley Cyrus hit that Shaw and Pulley retitled “Graduation Song.”

“I feel like my ears opened up,” the woman says. Other unknowing observers, captured on Wolf Building security cameras, have reactions that vary from pleased to nonplussed to pissy. More than one start to dance.

Really Good Elevator Music will pump continuously through two elevators in the Wolf Building until March 31. Shaw says she has put feelers out for future venues, and that nearby concert hall Union Transfer is already on board.

As Martray says in the video, “There’s potential for provocative music anywhere and everywhere.”