How the Mission District Took Equitable Development Into Its Own Hands 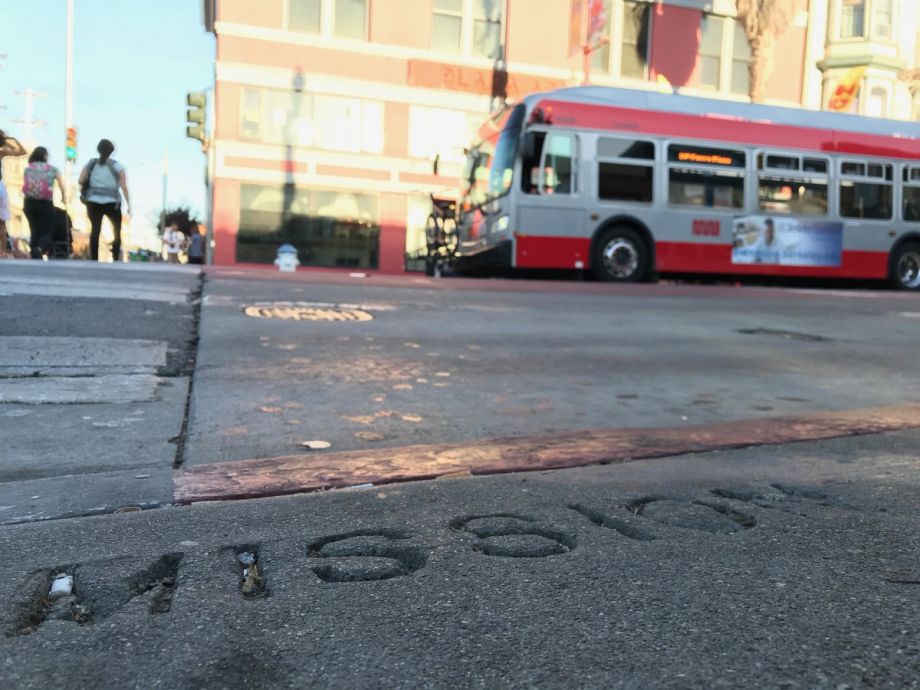 At 2093 Mission Street in San Francisco, right on the corner of 17th Street, La Mission Market has the look and feel of a neighborhood hub, with fruits and vegetables on outdoor display all day. It’s been part of what makes the Mission District still feel like a home for its remaining immigrant population. A Latina-owned beauty salon is next door. Upstairs are 11 residential units, five occupied by low-income Latino and Filipino families, including some seniors, people with disabilities, and children.

Since the 1940s, the Mission District has been known as a port of entry for multiple waves of immigrants, especially from Latin America. But, since 2000, the Mission has seen thousands of Latino families forced out of the Mission due to rising rents. Many of the businesses they patronized, if they have managed to survive, have struggled against rising commercial rents and higher-paying tenants who cater to the neighborhood’s newer and wealthier residents.

Like many buildings in the Mission over the past few years, 2093 Mission Street was recently purchased. For the buyer, it was their 28th property acquired in and around the Mission since 2013. It was their third property acquired in just the past few months. Like other buyers in the Mission, they’re out to amass as many properties in the neighborhood as they possibly can, especially corner properties along Mission Street. But unlike other buyers of other buildings with low-income tenants or businesses that serve low-income, largely Latino populations, this buyer intends to keep every existing tenant it can, residential or commercial. The buyer was the Mission Economic Development Agency.

Founded in 1973, the nonprofit only got started as an affordable housing developer about four years ago. Its goal: to restore the neighborhood’s largely Latino low- and moderate-income population back to at least 2010 levels—since 2000, the nonprofit found, some 8,000 Latino families have left the Mission due to evictions or rising rents. Along the way, the organization has never lost sight of the small businesses and other nonprofits in the Mission District that made it possible for those families to make a life for themselves in the Mission.

“In some ways it’s in our DNA at [Mission Economic Development Agency] as an organization that’s always been about asset building,” says Karoleen Feng, who became nonprofit’s first director of community real estate in 2013. “In establishing our community real estate department, we were intentional about naming it that because we didn’t think we were just doing affordable housing.”

Through their business development work, Feng says, the nonprofit recognized rising commercial rents were driving out many of the businesses that served the neighborhood’s low-income, immigrant population. They’ve helped move a few home-based or street-vendor businesses into brick-and-mortar locations in the Mission, but those opportunities to rent affordable commercial space started drying up.

There’s no one thing that Feng points to as the “secret sauce” that has allowed an organization with essentially zero real estate development and management experience in 2013 to find itself well on the way to such a portfolio. But it starts with its reputation as a long-established community-based organization.

“While other developers might have cash, what we’re using instead to compete is our social and community capital, from having been in the neighborhood 44 years,” says Feng. “Because of that, when the city was looking for an affordable housing developer in the neighborhood, they turned to us despite having zero experience in housing.”

Two programs, one driven at the federal level and one at the local level, compelled the city to find partners with pre-existing community buy-in and trust.

At the local level, the city launched its small sites program in 2014. Under this program, the city started providing low-interest loans to approved nonprofit developers to acquire and rehabilitate rent-stabilized buildings of five to 25 units whose low-income tenants were at risk of displacement because the previous landlord wanted to convert the building to market-rate. The Mission Economic Development Agency has acquired 19 buildings and counting through the small sites program. It’s the most active nonprofit developer in the program.

(Last year, the city spun off the small sites program spun as part of a new nonprofit that is combining public and private capital for affordable housing preservation and development in San Francisco—see our earlier coverage)

Many of Mission Economic Development Agency’s small sites program acquisitions have been mixed-use buildings with ground floor commercial space, including 2093 Mission Street. That acquisition has helped to solidify a strategy to preserve Mission Street as a commercial and cultural corridor for the neighborhood’s Latino population. So far, Mission Street’s string of discount grocers and clothing stores and take-out joints have survived, in jarring contrast to Valencia Street, just one block to the west, already dominated by high-end dining, high fashion, and art galleries that cater to the Mission’s newer, wealthier residents.

“Mission Street has a long history of thriving businesses serving the families in the Mission,” says Norma Garcia, director of policy and advocacy at the agency. “It’s gone back generations, and has experienced a lot of change over the years, including when BART came in 1968.”

Garcia’s team has been working on legislation to complement and strengthen the real estate work. Just this month, they worked with their local representative to pass legislation to temporarily require additional approval for properties along Mission Street in the Mission District to convert non-restaurant spaces into restaurants or to combine properties that cumulatively have more than 2,000 square feet of commercial square footage. Garcia expects it will help reduce speculative buyers competing with Mission Economic Development Agency or any other developers who want to respond to the needs of the Mission’s largely Latino low- and moderate-income families.

Some have criticized MEDA’s policy stances, including its support for a proposed temporary moratorium on all new development in the Mission, which was narrowly defeated at the ballot box in 2015.

The nonprofit also recently acquired a corner property at 18th and Mission, long vacant and in disrepair. In this case, the acquisition loan came from the Low Income Investment Fund, which works nationwide but happens to be based in San Francisco. A wealthy Mission District neighbor also chipped in, part of a mostly ad-hoc neighborhood network of allies that the Mission Economic Development Agency calls the Neighbor to Neighbor Fund. It’s the fourth time they’ve turned to the network so far.

And at 19th and Mission? That’s Mission Economic Development Agency’s multi-story headquarters, Plaza Adelante, which is slated to have its ground floor remodeled to better suit the needs of smaller retailers and new businesses that the agency is helping to incubate or start. MEDA acquired the building more than a decade ago thanks to one of the early rounds of federal new markets tax credits.

It took some risk to get where MEDA is now. As Feng explains, the nonprofit cobbled together around $600,000 through grants and other funding sources to make a three-year investment into building the community real estate team and portfolio. It even refinanced its mortgage on Plaza Adelante. So far, it’s starting to pay off—Feng estimates it took in $1.5 million in developer fees in 2017, covering the team’s salaries while also helping to fund some of the organization’s financial counseling and asset-building programs.

There’s also Feng herself, who lives in the Mission District. She’s leveraged her experience from working nearly a decade at the East Bay Asian Local Development Corporation, another nonprofit real estate developer on the other side of the bay. During that time, she became a board member at the Mission Economic Development Agency before coming on board full time in 2013. She hopes that MEDA’s work in the Mission District can now serve as a community-responsive development model for others to follow.