The Many Legitimate Reasons Slum-Dwellers Don’t Evacuate Before Storms 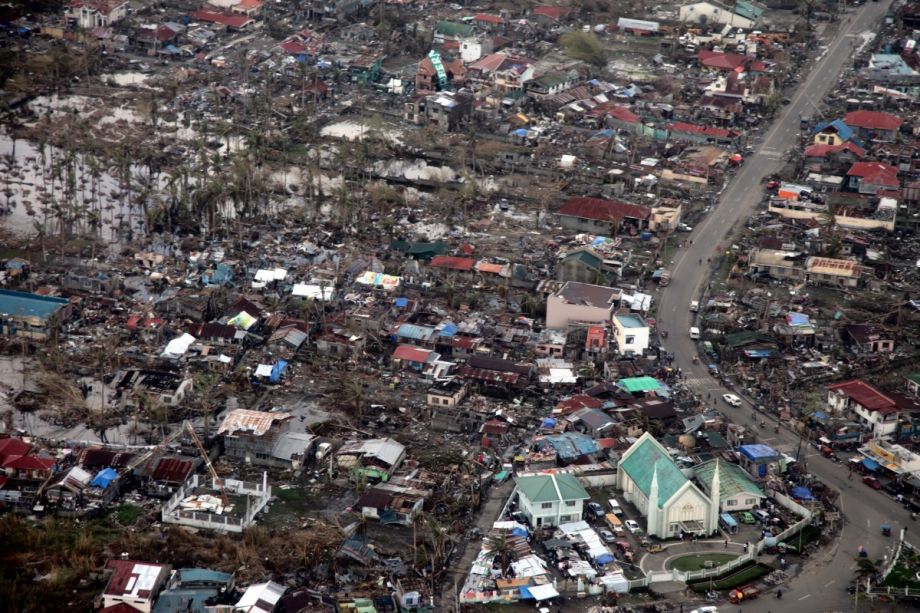 Destruction in the aftermath of Typhoon Haiyan in the Philippines. Photo credit: DFID via Flickr

The slums of Manila are about the worst place you could possibly be during a typhoon. Clinging to riverbanks or perched over bay waters on spindly stilts, they are easily destroyed, overwhelmed by floods and filled with the foul detritus of urban life. It seems obvious that when a strong typhoon is headed their way, the best thing for the squatters who live here to do is evacuate to safer ground.

But each year, some version of the scene repeats itself: a woman crouched in the rubble, mourning the death of her husband who refused to leave as the devastating storm approached.

Many Westerners probably write off such behavior as foolhardy or ignorant, but there are legitimate reasons why squatters refuse to evacuate during a storm. Many fear that thieves will steal their belongings, a common occurrence in the aftermath of catastrophes in the Philippines. “You also want to be there if your house gets filled up with sewage or the carcass of a dead animal,” says Alma Nilo, a community organizer from the slum of Navotas in Manila, “so you can clean it up right away.”

Often, evacuation centers themselves are extremely unpleasant – overcrowded, unsanitary and not necessarily safe. Rape and theft have been known to occur. Memorably, during Typhoon Haiyan, many people died in evacuation centers, trapped in closed-in rooms, drowned by the storm surge, their corpses piled up and rotting on the desks of an elementary school evacuation center, or in the stands of the city stadium where people were taking refuge.

Nilo also noted that floods provide a window of opportunity for a lot of people, many of whom work as trash scavengers. Washed-up wood can be used for housing, bits of metal and plastic can be gathered to be recycled, and overflowing fish ponds mean free food. Once, Nilo says, a flood broke open the gates of a rich senator’s ranch and fifty pigs were swept downstream into the homes of slum dwellers. It was like winning the lottery.

A more complicated motivation for not evacuating is that some slum-dwellers are afraid that, while they’re gone, whoever owns the land they’re squatting on will seize the moment to make a land grab. According to Patricia Herrera, a community organizer for a Manila slum, many of them think, “This is going to be [the landowner’s] way to get us out of here.”

Herrera recalls a story where one community in northern Manila evacuated in the run-up to Typhoon Ondoy, which caused massive flooding throughout the city and left about 700 people dead. When they returned, the owner of the land they were squatting on had put up barricades to keep them from coming back in. In the altercation with one of the leaders, a pregnant woman was shot and killed, and the squatters never regained access to the land.

But it’s the government that most squatters worry about the most. Officials in Manila often deal with slum areas by demolishing homes and relocating squatters to faraway parcels of land where there’s no work and few services. Faced with the lack of opportunities, relocated slum-dwellers simply move back to Manila, to another slum. “If a slum gets destroyed by a flood, that’s pretty much an automatic relocation as far as the government is concerned,” says Herrera, so many slum-dwellers feel compelled to remain in place and protect their homes.

On-going standoffs and land disputes — which have nothing to do with natural disasters — nevertheless inform the way slum-dwellers make decisions about their safety during a major storm, often putting them in a position where they are choosing between danger and homelessness. Josephine Castillo of DAMPA says the way out of this is to negotiate better terms for the squatters with the government, so that when they are evicted from their homes, the relocation site includes decent dwellings, water, schools and perhaps a cash subsidy to help them restart their lives.

This may seem like cold comfort to the more tenaciously attached slum-dwellers, and Herrera says there’s only so much they can do. In the end it comes down to attitude, culture and personal choice. If someone doesn’t want to evacuate, there’s isn’t much she can do. But disasters in the Philippines are undeniably getting worse, creating perhaps the most convincing argument to get people to evacuate — the fear of death.