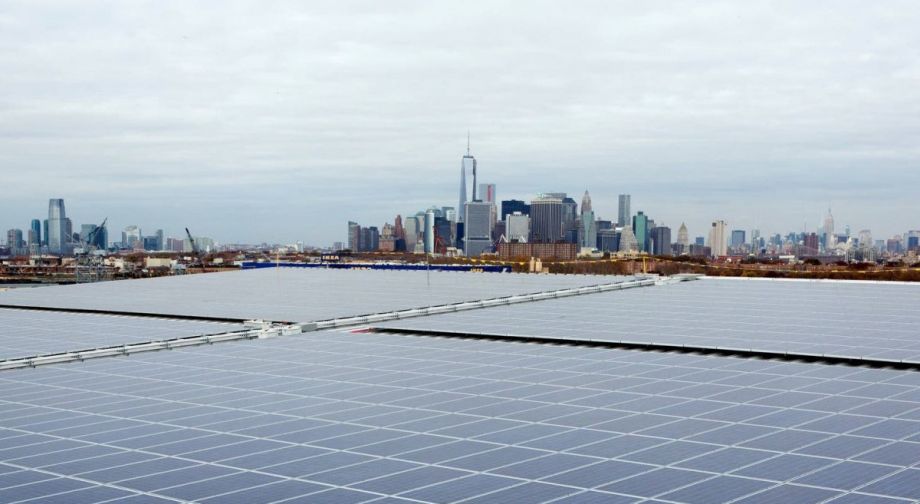 In 2012, Superstorm Sandy demonstrated that climate change is the greatest existential challenge facing New York City and cities like it.

Ever since, local governments around the country have made sweeping commitments to reduce carbon emissions and build resiliency. Regulation and visionary plans are critical, but realizing these goals will require a robust industrial sector. This is the segment of the economy responsible for making and maintaining everything from food and clothing to infrastructure and electricity.

In New York City, the industrial sectors still employ over 500,000 people — more jobs than digital technology or finance. These are the people and companies that will create and deploy green technologies, integrate them into existing infrastructure and green basic services like transportation and energy supply.

Even younger startups with new green-tech ideas need to partner with existing industrial companies for those ideas to reach their full potential. For instance, one of our companies, Re-Nuble, uses food waste to develop natural fertilizers for agriculture. In order to reach scale, Re-Nuble needs to partner with local parts suppliers for hardware, and with local food waste haulers to divert waste from landfills — integrating Re-Nuble’s innovations into existing industrial processes. Ultimately, Re-Nuble will work with local greenhouses, farms, and contract manufacturers so that the local jobs and economic impact of our work ripples up and down the supply chain. Without leveraging the existing industrial network, sustainability startups like Re-Nuble will need to look elsewhere for parts, employees, production and even markets as they grow, depriving NYC of the full promise of green innovation.

But to truly tackle our climate resiliency goals, we need to address a much more fundamental issue: the threat to areas in cities that industrial companies call home. These areas, called Manufacturing Districts or M-zones in New York, were explicitly created to provide space for industrial activity. Today, M-zones face major challenges. Infrastructure needs repair and updates, from potholes to bulkheads to broadband connectivity. City regulations are often difficult to navigate, as zoning-use codes have not been updated since the 1960s.

Most consequentially, the supply of industrial real estate is shrinking. From 2005 to 2015, more than 16 percent of industrial space in NYC was rezoned to make way for housing, tech workspace, and tourist attractions — building on decades of similar conversion efforts around the country. There is increased pressure on the remaining space as non-industrial activities, from housing to retail, have been permitted to set up shop within M-zones, exacerbating use conflicts, increasing real estate speculation — and raising costs.

This has serious implications for the greening of our cities. For example, Sims Municipal Recycling processes all the metals, plastics, and glass collected by the NYC Department of Sanitation (DSNY) — the largest curbside recycling program in the country. Building a new recycling plant on a City-owned pier in Brooklyn in 2010 eliminated 240,000 DSNY truck miles per year. Given the pressures on industrial real estate, it would be nearly impossible to undertake such a development today. Similarly, the current proposal for a major assembly and service hub for off-shore wind power in Brooklyn would not be possible without the protection of industrial maritime zones.

The displacement of industrial companies doesn’t just take away manufacturing and repair work — innovation goes with it. As Suzanne Berger of MIT writes in Making in America, “when production moves out, the [possibility] for future learning…shrinks.” And in the long run, “the loss of companies that can make things will end up in the loss of research that can invent them.” This is what has happened in the solar energy sector. By mastering the skills initially used for manufacturing TVs and DVDs, Asian firms have been able to capture 70-80 percent of the world’s photovoltaic industry — with just a small portion of economic activity in the US, where initial concepts for solar panels were first developed.

But there’s hope. Cities like New York still have thousands of companies that could be important parts of the supply chain for current and future green technology innovations: from industrial spring manufacturers to advanced materials experts, from firms that manage recycled products to those that generate and distribute electricity. If we prioritize them, these companies can be leveraged for the green solutions we need.

To cultivate the full potential of the industrial sector in our climate change goals, we need to keep industrial districts for industrial activity: improve infrastructure, keep real estate inflation down, and most fundamentally, protect and update industrial zoning to minimize land use conflicts and real estate speculation. If industry does not have a place — if M-zones continue to shrink — New York and similar cities around the country will lose their strongest partners in creating an inclusive, sustainable future.

Tom Outerbridge is General Manager of Sims Municipal Recycling, and Tinia Pina is Founder and CEO of Re-Nuble. They are, respectively, Executive Board Chair and Advisory Committee member of the NYC Manufacturing and Industrial Innovation Council (MaiiC).