THE HUMAN CITY: Seven Questions for Mathieu Lefevre – Next City 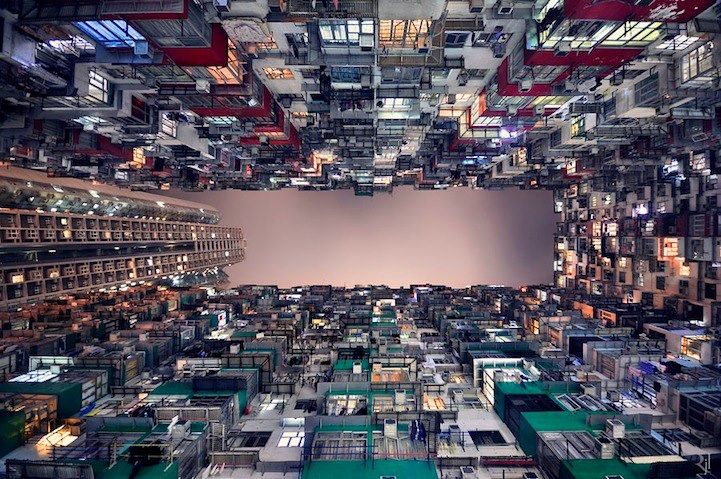 For three days in June, 1,000 of the world’s foremost urban thinkers, designers, innovators and decision-makers will gather in São Paulo, Brazil for the second annual New Cities Summit, for which Next City is a media partner. In advance of the June 4-6 summit, this year called “The Human City,” we spoke with New Cities Foundation Executive Director Mathieu Lefevre about urbanization, innovation and notion of the Human City.

Next City: This year’s summit is called “The Human City.” That sounds nice, but what does it mean?

Mathieu Lefevre: When designing this year’s conference, it struck me that it was time to put the human back into the center of our dialogue about cities and urbanization. There are two dynamics in the conversation about the city that have contributed to the loss of the human side. The first is the focus on the tidal wave of human population. We talk about these huge numbers when we talk about urbanization — urban population growing two people per second, and so on. That whole language of the mega is dehumanizing. When you talk about such huge numbers it becomes sort of scary from an individual point of view. But urbanization needs to work for people and so we need to focus on people.

The second is technology. I’m somewhat adverse to to the term “smart city,” which I think is overused and does not really mean anything. Technology as it applies to cities is extremely exciting and really changes the game for cities and not just in the rich world. But technology is at its best when it applied in the service of humans and their needs and their creativity, not as an end in itself. So in São Paulo at the New Cities Summit, we’ll exploring how to put you, me, our kids back at the center of the conversation. We’ll look at the many questions facing 21st century cities with people in mind, looking at urbanites in their multiple roles: As parents, as workers, creators, consumers, participants, commuters, dreamers and so on.

NC: The New Cities Foundation puts emphasis on partnerships between the private and public sector and are yourselves funded by a mix of corporations such as Cisco, Ericsson and public-sector members. All of which are very much invested in using technology and big data to advance innovation. Can you say which sector — public or private— has the larger responsibility to make this innovation happen the right way within the urban sphere?

Lefevre: I’ll start this off by saying that I come from a background in the public sector. The public sector has act both as a referee in the debate on big data and enable the huge potential wave of innovation that big data represents. At the New Cities Foundation, we are convinced that big urban data paves the way for future innovation that improves cities and makes them more creative, dynamic, and sustainable and just.

This data is a goldmine and not just for companies seeking profits. We have people speaking at the conference who will show how big data can predict where you will park your car before you’ve sat in the car! These kids with their computers are where the innovation is going to come from.

The public sector’s role as referee and enabler is crucial. The public sector must regulate particularly around on the question of privacy while enabling creativity and innovation. The key is exploring mutually beneficial models where there is less tension and more cooperation between public and private actors.

This requires new skills in City Hall. There are too few cities that are investing in the human resources to be able to act as both those roles. This requires specific training and skills that are often lacking.

American cities are actually ahead of the curve on this, with officials in city hall who understand enough to enable and more importantly, to regulate.

NC: Recently, I was at another conference sponsored by Lincoln Institute of Land Policy in Cambridge, Mass., and this same issue came up. Harvard School of Design urban planning professor Jerold Kayden raised the point that it may necessary to have an intermediary to broker the exchange of information between for-profit corporations and government, to make sure that the data is exploited, as you say, in a way that protects the privacy and freedom of private citizens. What is your thought on this?

Lefevre: I absolutely think the non-profit sector is an intermediary and a bridge. As a sector, non-profits don’t have as much of an agenda, either a political agenda or a profit agenda. It can push both sectors to go farther and do better. This is a really critical role.

NC: Are there specific cities that you think are doing an especially good job with the data innovation stuff?

Lefevre: I am very impressed with the fact that there are officials in San Francisco, Chicago, New York and Boston whose job it is to take part in this discussion of big data and innovation. This practice of having a chief analytics officer has been replicated quite fast in the U.S., which is impressive. It’s a trend that has caught on in Europe and Asia, but it is happening slower.

NC: That’s surprising. I always think of Europe as being more sophisticated than the U.S. on urban issues. Why do you think that is?

Lefevre: Well, in Europe there is a lot of resistance [to data use] on privacy grounds. So on the legislative side and the privacy battles, Europe is where the jurisprudence is being written. But in terms of innovation in government, I would say that the American cities are doing interesting things.

NC: Interesting. So, why did you choose São Paulo, Brazil for the conference?

Lefevre: São Paulo is almost the size of a country. It symbolizes the opportunities and challenges that cities the world over are facing. Being here really puts us at the center of the debate. Taking a cab through the city, for instance, highlights the challenges of human mobility. On any given day, Paulistas drive through 200 kilometers of traffic. You can’t avoid the questions we are asking when you are there. It is also an amazingly creative city, where there is a real sense of a “moment.” This is particularly true on urban issues, as you can see from the bold urban renewal projects going on in São Paulo — like Casa Paulista, for example.

NC: Is there a part of the conference you are especially excited about?

Lefevre: This is going to be a great edition of the Summit. The program is built around big touch words such as ‘Build’, ‘Participate’ and ‘Include’. We have some of the great voices in the urban debate — mayors, CEOs, academics, civil society leaders — coming from China, India, the U.S., Europe and of course Brazil and Latin America.

In addition, the New Cities Foundation really wants to help bring to the fore the new voices that will shape this debate in years to come. Hence, I am really excited about our “What Works” series. This series gives the floor to great new urban innovators from a range of fields from art to technology, mobility to healthcare. They’ll deliver short presentations in a dynamic format. Like bursts of urban innovation. We hope their presence will help surface new ideas and help their projects going forward.