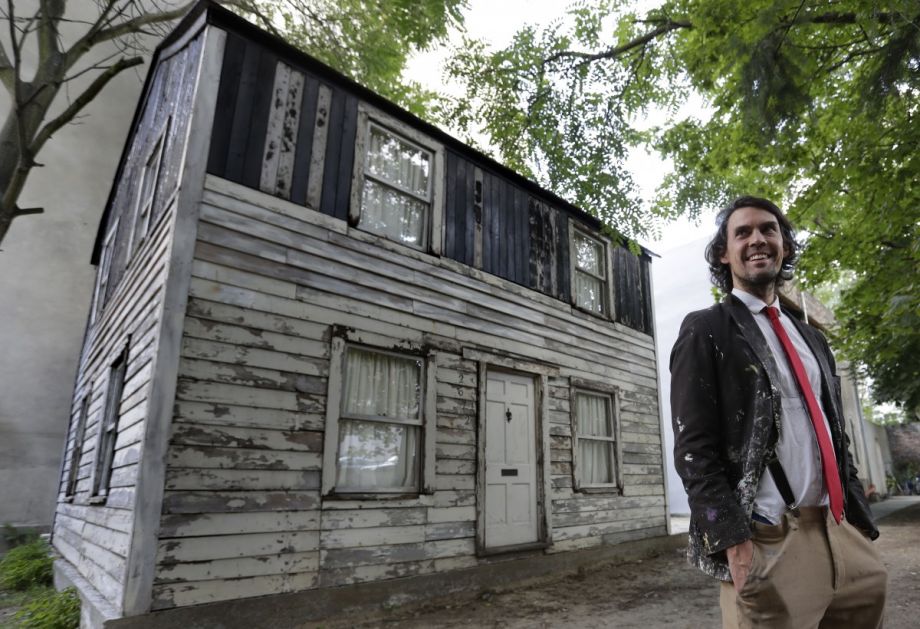 The small square house where Civil Rights icon Rosa Parks lived has traveled from Detroit to Berlin, and then back to the U.S. since it was purchased for $500 in 2014. Now, its future is unknown, ArtNet News reports.

Ryan Mendoza, a Berlin-based American artist who helped preserve the house, hopes that it will become a national monument in the U.S. Currently, though, negotiations are playing out between several Detroit businessmen, a university, and a foundation, according to the news site.

“Rosa Parks is having a teaching moment, once again, through this house,” he told ArtNet recently.

While Parks’ story — and the story of outright segregation — is well-known, the legacy of racism in the built environment is more insidious, and still permeates everything from public transportation to multifamily zoning restrictions. Parks’ house tells the story of those subtler (but no less powerful) kinds of racism.

The Rosa Parks House, which was owned by her brother, had been languishing in an abandoned state and was on the City of Detroit’s demolition list when Parks’s niece, Rhea McCauley, stepped in and bought her childhood home from the city for $500 in 2014 with the hope of restoring it. Located in Southwest Detroit, the house, which was built in 1936, would become an example of the kind of overcrowded living conditions many African Americans experienced at that time, especially when fleeing the South: Parks lived there with McCauley and 16 other family members in the late 1950s. After taking ownership of the home, Parks’s niece enlisted Mendoza’s help, who took it apart and resurrected it on his property in the German capital.…

“The unsung story behind the Rosa Parks House is one of redlining, housing inequality, and its persistent effects on millions of Americans today,” Mendoza says, referring to racial segregation of neighborhoods. “From Brooklyn to Oakland, with pen in hand, 80 years ago, city planners mapped out where Blacks would live.”

Eventually, the house went to auction at Guernsey’s, but failed to meet its $1 million reserve. This is reportedly the second time Parks’ belongings have failed to immediately sell.

Meanwhile, as Next City has covered, white nationalists fight to preserve confederate monuments. The City of New Orleans opted to take several monuments to the confederacy down in the middle of the night (on undisclosed dates) to forestall violence last year. Baltimore did the same. Still, they vastly outnumber monuments to civil rights leaders, according to Mendoza.

The full story of Parks’ house can be viewed in more depth here.