The Gentrification of Chicago’s West Side Takes the Stage 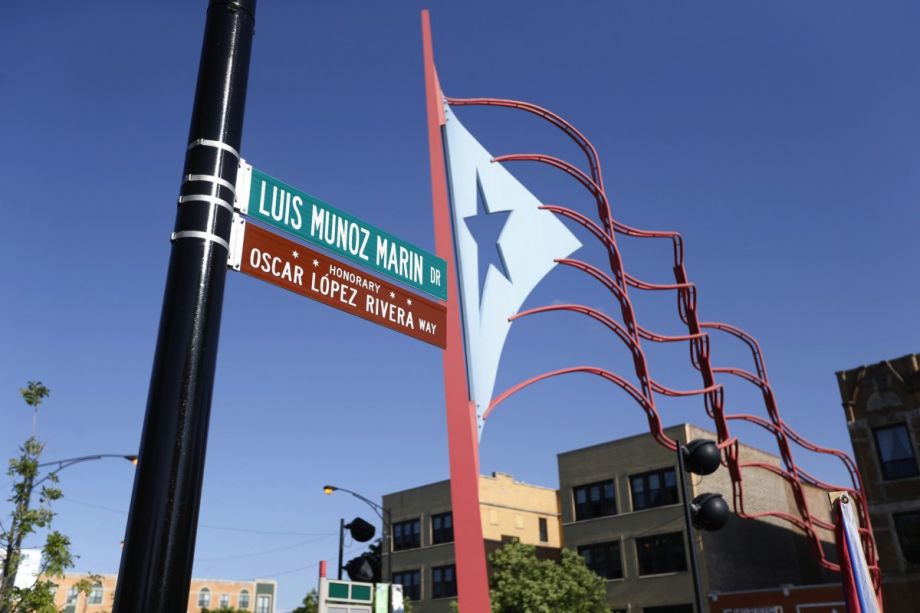 Chicago's Humboldt Park has been a stronghold of the city's Puerto Rican community for decades. (AP Photo/Charles Rex Arbogast)

On the West Side of Chicago, the Humboldt Park neighborhood has been home to a Puerto Rican Day Parade since 1966. Near an entrance to the park that gave its name to the neighborhood, a massive Puerto Rican flag sculpture arches over Division Street, a major east-west thoroughfare in the city. The park entrance near the flag is named for Oscar Lopez Rivera, a controversial figure who fought for Puerto Rican independence from the United States. He was released from prison last year.

Located in a storefront on Division Street a few blocks from the Puerto Rican flag sculpture, the UrbanTheater Company will be hosting the first run of “Not for Sale,” reports Block Club Chicago.

Written by Guadalís Del Carmen, born and raised in Chicago but now based in NYC, the play is a fictionalized account of two neighbors — one that has called Humboldt Park home for 40 years and another who only recently arrived — who have to learn to co-exist in the neighborhood. Del Carmen worked closely on the production with director Sara Carranza and UrbanTheater’s artistic director, Miranda Gonzalez, according to the news site.

The story, Block Club Chicago reports, was inspired by a real-life conflict a few years ago involving the theater and a new neighbor.

“We were getting yelled at for making too much noise,” Gonzalez, a Humboldt Park native, told Block Club Chicago.

“I was like, ‘That’s interesting.’ It’s a busy street. We’re within the city’s noise ordinance,” she added.

“A lot of the time the people who are given a platform to speak in the Latinx community are folks from other areas, other states and other cities,” Gonzalez said, according to Block Club Chicago. “So I thought UrbanTheater Company would be a good place to begin fostering those stories and create a pipeline that bleeds into the national conversation about what is going on in Chicago.”

The show begins previews tonight, opens Friday and is currently scheduled to run until October 20.