The Future of Package Delivery in New York City – Next City

The Future of Package Delivery in New York City 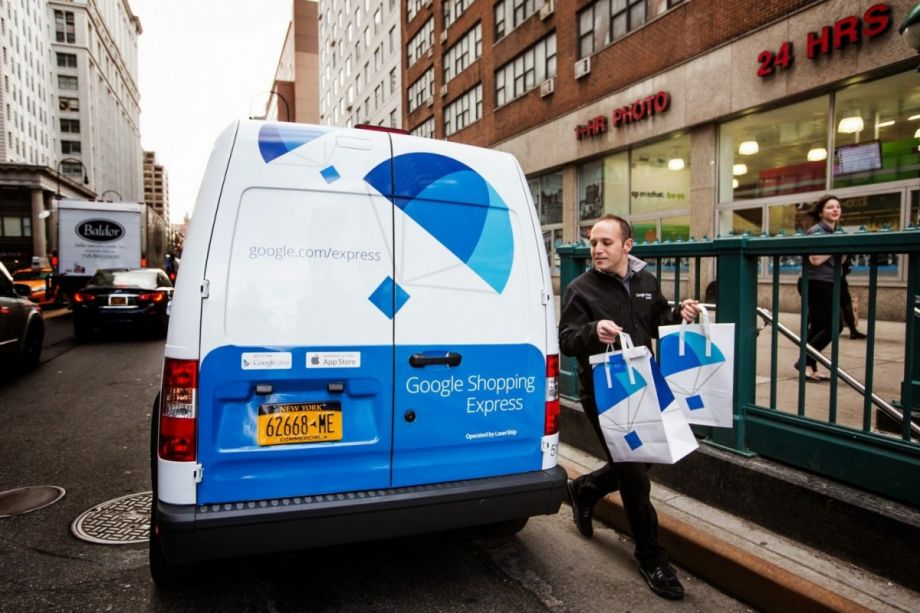 In a 1947 Letter to the Editor titled “Garment District Hand Trucks,” an exasperated New Yorker bemoaned the plight of pedestrians trying to walk through the Garment District. “Scarcely a day goes by without my shins being nicked, my stockings torn, or else I am forced to jump aside when one of the manipulators of these trucks decides he wants the right of way,” she wrote. Four years later, in 1951, the complaint would be answered by the passage of an ambitious zoning proposal to require loading docks for all large commercial and manufacturing buildings.

Almost 70 years since, those loading regulations have hardly changed. In the October 28, 2019 article “1.5 Million Packages a Day: The Internet Brings Chaos to N.Y. Streets,” Matthew Haag and Winnie Hu describe how the growth of internet shopping culture has turned the sidewalks of New York into a chaotic same-day delivery warehouse floor. Yet their article focuses largely on the space between buildings, rather than exploring some of the different ways that off-street policy tools and strategies might help manage the pandemonium of package deliveries happening on-street. A neglected stepchild in the transportation planning field, lacking the luster of bike lanes, ridesharing, or congestion pricing, freight has quietly emerged as one of the most challenging issues of the “internet of things” era. In the shadow of Vision Zero and congestion pricing, the city’s Department of Transportation has tried in fits and starts to manage the ever-expanding appetite for on-demand delivery with neighborhood loading zones, increased enforcement and off-hours delivery programs. Yet to date, little has been done to address how off-street solutions, governed by New York City’s ossified zoning regulations, might play a role.

New York City first introduced zoning regulations for loading “berths” (also known as loading docks) in 1940 at the behest of merchants who saw the clutter of trucks crowding the curbs of the Garment District as a nuisance. As truck traffic increased, the city updated its loading regulations in 1952, linking the number of required docks for new buildings to their use and overall square footage. As zoning has evolved in response to new design trends, policy imperatives, and technologies, the city’s loading regulations have hardly been tweaked, even as new construction has boomed and accessible curb space has dwindled in the city’s most congested areas.

Loading-dock requirements in New York City have changed little since 1952, when this photo was taken. (Courtesy WXY)

Residential buildings, which generate the bulk of deliveries in the city, have no loading requirements whatsoever. Grocery stores, which rely increasingly on online deliveries, have become small distribution hubs, relying on armies of hand trucks to adapt the convenience of the suburbs to the heart of the city. FedEx and UPS, meanwhile, use curbside trucks as micro-consolidation points for home and office deliveries, relying on networks of hand trucks, dollies, and deliverymen that negotiate bike lanes, congested sidewalks, and security desks. Hundreds of residential buildings across the city have been altering lobby spaces to accommodate the new demand.

But the answer is not just to make zoning changes to require loading docks in residential buildings. Just as cities adopted aggressive parking minimums to combat rising automobile ownership during the 1950s and 1960s, the rise of e-commerce demands more than a building-based set of policy prescriptions. The city, working hand in hand with private companies, developers, and impacted communities, should explore a three-pronged strategy based on policy changes, infrastructure investment, and active, real time management.

First, new policies should incentivize cooperation between businesses and buildings at a district scale, creating joint or shared consolidation centers (a strategy that was tested briefly in the late 1950s). Rather than requiring developers to build expensive loading docks which detract from sidewalk life (and are too often occupied by parked cars), zoning could allow for fiscal contributions to build and operate consolidation centers offsite. These centers could even make use of zero emission ¨freight trikes¨ that eat up far less space on the city’s streets. Environmental review, meanwhile could require the mitigation of package drop-offs. New buildings of a certain size could be required to submit detailed plans for resource flow and deliveries, especially where multi-year construction will disrupt curbside activities and create a cascade of problems throughout the traffic network.

With accurate data in place, City DOT could begin piloting a curbside reservation application, similar to what is now being tested in Washington DC with the startup curbFlow. This reservation platforms could enable new ideas like “green loading zones,” which give electric trucks priority at the curb. Delivery companies spend millions on double parking fines every year and would be glad to recoup those losses by participating in more predictable curbside enforcement and by becoming early adopters of electric trucks.

Just as the city has aggressively pursued ridesharing companies for data sharing agreements that help better manage traffic, they should partner with major delivery companies to actively manage curbside space and obtain data on freight bottlenecks and loading demands, especially where major construction activity is causing delays. If necessary, New York City should explore the implementation of interim measures, like incentivizing stores to create locker boxes for deliveries (the stores will love the extra foot traffic!) or mobile curbside locker boxes, alongside with the expansion of tested measures like off-hours delivery. As with shifts in technology and transportation during the 1930s and 1940s, which prompted critical changes to New York City’s zoning, the explosion of e-commerce over the past decade demands a more complete reassessment of our outdated policies, loading infrastructure and management strategies, in addition to a bit of soul searching about all of our daily needs.

Adam Lubinsky, PhD is managing principal and planner, and David Vega-Barachowitz is an associate and specialist in urban design and transportation planning at WXY architecture + urban design in New York City. Recent works by WXY include its consulting on electric vehicle infrastructure, green freight options, and bicycle and pedestrian ways in city open spaces and waterfronts.