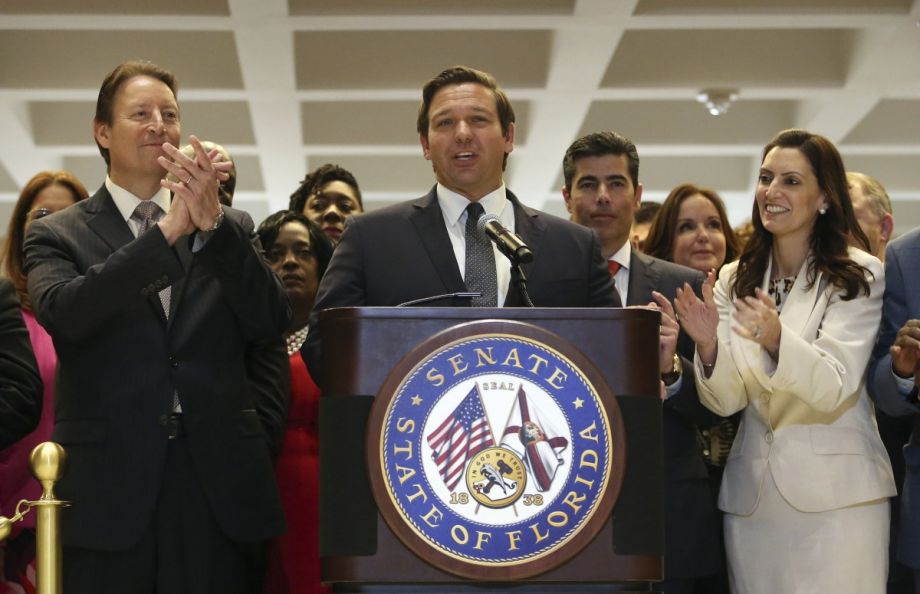 The Tampa Bay Times said it. The Palm Beach Post said it. The Miami Herald, the Daytona Beach News-Journal and the South Florida Sun-Sentinel all said it too: Florida Governor Ron DeSantis should leave the Sadowski Fund intact.

The Sadowski Fund, officially the William E. Sadowski Affordable Housing Trust Fund, is a dedicated source of revenue that helps pay for local and state housing programs across Florida. It was created in 1992 with an increase to the state’s documentary stamp tax, a 0.07 percent fee on deed transfers, promissory notes, and other official records. The proceeds of that increase are supposed to be split roughly 70/30 between local governments, for programs that offer down-payment assistance to homeowners and pay for repairs to existing housing, and state programs that help fund affordable-housing development. And every year since 2003, the fund has been raided during budget season, according to a Sun-Sentinel report. Those sweeps have diverted at least $2 billion away from housing programs, according to the Miami New Times.

As another budget season winds down, and the legislature has once again proposed diverting some Sadowski funds to other uses, advocates are calling on DeSantis to veto those portions of the budget and leave the housing funding in place.

The fund started off as a grand compromise. Jaimie Ross is now president and CEO of the Florida Housing Coalition, but in the early 1990s, she was the newly hired affordable housing director for 1000 Friends of Florida.

At the time, Ross says, there was a debate over a local housing funding measure that had been passed in Miami-Dade County, and which homebuilders were worried would spread to other cities. Local governments felt they had an unfunded mandate to create affordable housing, and developers wanted reform to regulations like faster permitting processes, Ross says. Ross had been a real estate lawyer in Orlando but wasn’t familiar with Tallahassee or many of the political players in the state capital. She didn’t know which parties weren’t accustomed to talking to each other, and because she was a newcomer to the capital who didn’t have any baggage of her own, the various parties — realtors, developers, local officials and housing advocates — were receptive when she started trying to get them to work together on a solution.

“All these guys, they knew each other and they were smart, and we started hammering out a compromise,” Ross says. “Nobody got everything they wanted but everybody got something they needed.”

The result was the William E. Sadowski Act, named after a former state representative and secretary of the Department of Community Affairs. It was enacted in 1992. But lawmakers began raiding it under former Governor Jeb Bush, Ross says. And once they started, they didn’t stop. There was always a crisis that demanded additional funding: Hurricanes, for example, or school shootings. Over time, as elected officials cycled in and out of the legislature, sweeping the fund became expected.

“Because it’s been happening so long, we go and meet with legislators, and they actually ask, ‘Well, how much of the trust fund do you want?’” Ross says. “That question itself totally reveals that they don’t understand all of the trust funds are supposed to be appropriated for housing. This is not a piggy bank.”

Lately there have been some signs of hope. The budget proposed by Governor DeSantis left all the Sadowski funds in place. And this spring, a state senator and a state representative each introduced bills requiring that any swept funds be reimbursed over time. But those bills didn’t go anywhere, and the budget deal that the legislature sent back to the governor removes about $125 million from the fund for other purposes, according to Ross. (The total projected revenue that would otherwise go to Sadowski funds was $352 million for the year, according to the Sadowski Coalition.)

State Sen. Lori Berman, who proposed the legislation that would require the funds to be reimbursed, says she’s disappointed in the outcome of the House and Senate negotiation.

“It’s unfortunate that every year we sweep the Sadowski funds, and every year there’s a crisis,” Berman says. “We live in the state of Florida — we need to be prepared for hurricanes. They shouldn’t be viewed as a crisis, because we live at ground zero for hurricanes.”

Ross, who also coordinates the Sadowski Coalition, says she’s been reaching out to newspaper editorial boards around Florida to try to enlist them in building pressure for DeSantis to line-item-veto the sweeps of the housing money. Many of the papers have gotten on board. But advocates are waiting to see what DeSantis will do. If he does restore the Sadowski money, he’ll need to balance the budget somewhere else, which would raise questions for the compromise worked out in the state house and senate.

Tina Polsky, the state representative who co-introduced the reimbursement legislation with Berman, says that in previous sessions, legislators have introduced bills that would have prevented the sweeps from happening in the first place. But those bills, like hers, didn’t go anywhere. She got the sense that some of her colleagues were open to the parts of her bill that would mandate greater transparency about how diverted funds are being used, but that they were more reluctant to require reimbursements in future budgets.

Polsky says she isn’t sure whether she’ll try again next year.