The Dos and Don’ts of Establishing a Tech Hub 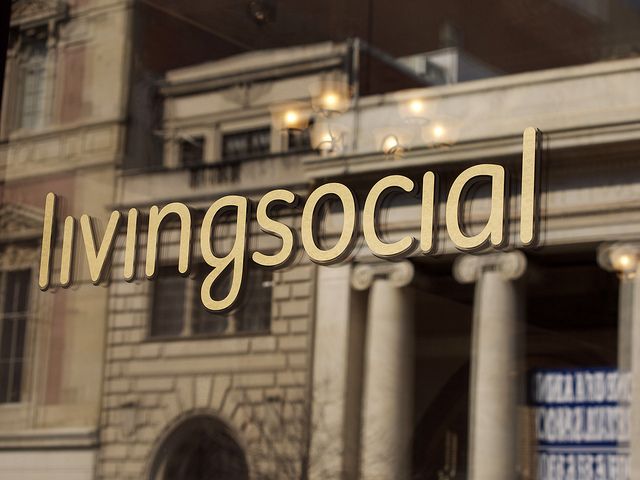 D.C. wants to retain LivingSocial, but the tax breaks might not be worth it. Credit: Danny Eugene on Flickr

Washington, D.C. Mayor Vince Gray wants to expand a tax incentive, aimed at tech companies, to give LivingSocial up to $32.5 million in tax breaks over the next five years. The D.C.-based company threatened to move to Northern Virginia if it didn’t get the tax break. Is it worth this money for the city to keep them?

One major rationale for giving tax breaks to tech companies is to create a “tech hub” — a concentration of jobs, talent and investment that leads more potential tech workers, entrepreneurs and investors to choose to move to, start companies in and invest in D.C.

Just for comparison, $32.5 million is about the cost of modernizing an elementary school like the local Stuart-Hobson ($33.6 million). It’s also roughly equivalent to the cuts Gray is proposing to the Housing Production Trust Fund, our best vehicle for promoting affordable housing ($38 million).

Before supporting the tax break, D.C. residents deserve to know specific benefits that these LivingSocial tax breaks will yield, and whether they are more important than modernizing an elementary school or increasing the supply of affordable housing.

The proposed tax breaks reduce LivingSocial’s property and income tax from 2015-2020 on a sliding scale based on number of D.C. residents employed. At least half of their employees must be residents for the tax breaks to kick in at all.

The vast majority of LivingSocial’s employees are not engineers. Half of them work in sales and many work in transitional jobs writing copy for the deals.

These are good jobs, but they’re not tech jobs, and don’t contribute to a tech hub. The people who fill these jobs wouldn’t necessarily work in technology firms after LivingSocial.

There are two unique things that LivingSocial or another tech company can bring to the District, and these essential elements are part of all successful tech hubs.

1. Smart money: The executives are good at innovation, and will start investing in other innovative companies if their company goes public or is acquired.

A deal that will benefit D.C. residents must be structured to retain smart money and smart engineers here.

Smart money, i.e. venture capital, is regional and not confined to a particular county. So keeping LivingSocial execs who cash out and become venture capitalists in D.C. instead of Arlington doesn’t seem worth paying $32.5 million for.

$32.5 million could have gone toward modernizing this school. Credit: DCPS

Smart engineers are another story. Most of LivingSocial’s engineering openings are not in D.C. Why not structure the tax breaks to target software engineers? Their presence in D.C. contributes to a larger tech cluster when they leave to work for other innovative tech companies.

The competition for smart engineers is intense in all tech hubs around the country. Even if LivingSocial, which currently loses hundreds of millions of dollars per year, doesn’t find an exit strategy, D.C. would still benefit by the presence of hundreds of smart engineers looking to join innovative startups.

Apparently LivingSocial executives have told Deputy Mayor for Planning and Economic Development Victor Hoskins and his staff that Virginia officials are courting them, and that they are considering options such as Arlington. That shouldn’t be a surprise. All corporate executives try to negotiate subsidies for jurisdictions where they have offices.

At the Tysons Corner, Va. software company I co-founded, we are frequently telling local officials where we have branch offices (Norman, Okla. and Charleston, S.C.) that we might move. We have received over $100,000 in subsidies over the past three years as a result.

But these cities only allow us to spend the subsidies we received on training for local employees in new positions that we add. That makes a lot of sense, because if we do leave, we will leave behind smart engineers who will go looking for jobs with similar companies.

Those jurisdictions are selling their locales based on value, not based on price. Such targeted incentives are what help build a cluster of related firms.

Reducing the corporate tax payments of a company that primarily hires salespersons and copywriters, on the other hand, doesn’t appear targeted to yield any specific return. By comparison, spending that $32.5 million to modernize an elementary school or increase the supply of affordable housing feels like a more responsible choice.

D.C. council members, who will consider the proposed LivingSocial tax breaks, should ensure that the tax incentives will actually help make the city a tech hub. Corporate subsidies and tax credits can benefit the District as long as the subsidies are vetted in a transparent, rigorous process that demonstrates specific benefits to D.C. residents. A tax break for LivingSocial could do that, but as it’s structured right now, it wouldn’t.

Ken Archer is CTO of a software firm in Tysons Corner, Va.