The Burden of Closed School Buildings – Next City

The Burden of Closed School Buildings 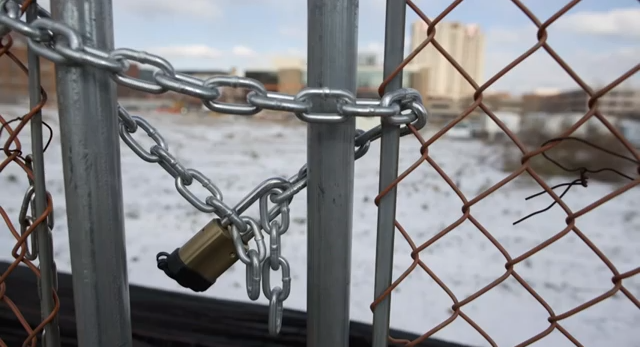 What happens to a community when its greatest public asset transforms overnight into one of its worst physical liabilities?

This grim experiment is being carried out real-time in hundreds of urban neighborhoods across the U.S., as plummeting enrollment in traditional public schools is forcing cash-strapped administrators to shutter underused schoolhouses.

A February report by the Pew Charitable Trusts Philadelphia Research Initiative chronicled the extent of this growing problem. In Washington, D.C., 46 schools have closed between 2005 and 2012. Cincinnati shuttered 32 over the same period. In Cleveland, 51. Chicago, 41. In Philadelphia, the tally already stands at 17, with another 23 scheduled to shut down at the end of the academic year.

And there are no signs that the closures are coming to an end.

“This is going to continue to be a big challenge for cities going forward,” said Emily Dowdall, a senior associate with Pew and an author of the study.

In each city, the reasons behind the mass shutdowns are the same: An overall decline in the number of school-age children and fast-growing enrollment in alternatives to traditional public schools, such as charters.

Enrollment in Philadelphia public schools has plummeted by 27 percent in the past decade, even as charter enrollment increased by 29 percent. The district contends there are 53,000 empty seats in public school classrooms today, and indeed, many schools are so under-enrolled they feel oddly empty even when school is in session.

And yet, closing schools is almost always traumatic. Some consider the selection process arbitrary and open to political influence. And once the final decisions are made, students and families must scramble to find alternatives. Teachers are reassigned or laid off.

But what can get overlooked are the long-term community consequences of school closings. Schools, obviously enough, are not ordinary buildings, and they can be difficult to convert to non-educational uses. The sites are typically large, and repurposing a shuttered school is simply too big a project for many developers and non-profits. Combine that with the fact that closed schools are often located in depopulated low-income neighborhoods.

Worse, school districts often have unrealistic notions about how much they can sell these old facilities for. While there are exceptions, the Pew report found that the sites that do sell tend to go for between $200,000 and $1 million — far less than the districts tend to think the facilities are worth.

And in many cases — though not in Philadelphia — districts lack policy documents outlining how old facilities will be sold off (or given away).

“The challenge of finding new functions is daunting. Districts are not set up to find new owners or be landlords,” Dowdall said in a conference call with reporters.

Given all that, it’s not surprising that many shuttered schools are often simply left to rot for years by cash-stripped districts loathe to spend money on maintenance for empty buildings. It’s a state of affairs that can generate blight and, in time, pose genuine safety hazards.

A video from Pew on the effect that two Philadelphia school closures had on their communities.

So, what’s to be done? Pew’s research yields the following recommendations: