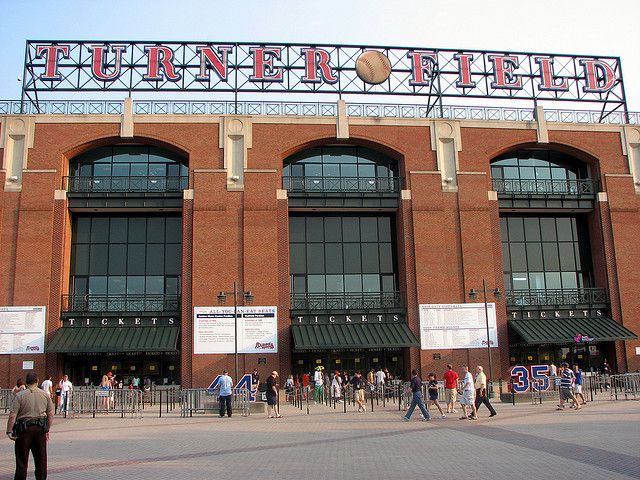 The Atlanta Braves caused a stir earlier this month when the Major League Baseball team announced plans to move 12 miles outside the city center to suburban Cobb County. A new $672 million stadium is set to open in 2017, with Cobb County picking up $450 million of the tab.

But is this really such bad news?

I’ve made my case for why ballparks belong in cities, but if we look closer at this particular deal, we find a net gain for the city of Atlanta. The region, with about 423,000 people in the city and 3.8 million in the suburbs, is growing. Mayor Kasim Reed said as much at a press conference the day after the Braves’ announcement.

“We’ve got to make a decision — either we’re going to be a region or we’re not,” Reed told reporters. “It bothers me that we have not come far enough as a community that people feel that a team moving 12 miles is a loss to the city of Atlanta.”

He’s got a point. Yes, it would be nice if the new park stayed downtown, perhaps within walking distance of the Falcons’ new $1.2 billion stadium. But stadiums are more so liabilities for taxpayers and municipalities than they are surefire engines of economic growth. “There was simply no way the team was going to stay in downtown Atlanta without city taxpayers spending hundreds of millions of dollars to make that happen,” Reed said.

Viewed this way, the city dodged a bullet. Its taxpayers should be throwing a party.

While Turner Field, the stadium where the Braves currently play, is in the city, it’s basically the equivalent of a strip mall with a ballfield in place of Abercrombie and Target. It’s a huge parking lot marooned from the city by freeways.

The new site promises to fall in line with what we’ve learned about urbanism in the years since Turner Field opened. As Chris Leinberger, a professor at the George Washington University School of Business, told the New York Times, “The whole concept of city versus suburb is a really obsolete concept, and moving the baseball stadium reflects that.”

And Cobb County isn’t exactly the sticks, either. The Atlanta Opera and Atlanta Ballet have already made homes there. It’s not the city, yes, but it has some elements that people like in urban centers.

Don’t tell that to former Braves pitcher and noted bigot John Rocker, who sounds quite pleased his old team is leaving the city. In an unimaginative column for WND, he alluded to a Laundromat near Turner Park with a “heavy metal screen,” which is apparently a harbinger of horrible crime:

Does any more reasoning need be explained to detail why the Braves are leaving Turner Field and downtown Atlanta and heading off to the affluence and safety of Cobb County than the precautions and security a business owner must take to protect his property and employees?

Rocker’s myopic views notwithstanding, the move to Cobb County isn’t a loss for the city. Atlantans should be pleasantly surprised that their mayor is forward thinking enough to finally say no to stadium handouts.