The Boston Guide to Design-Driven and Research-Honed Civic Innovation 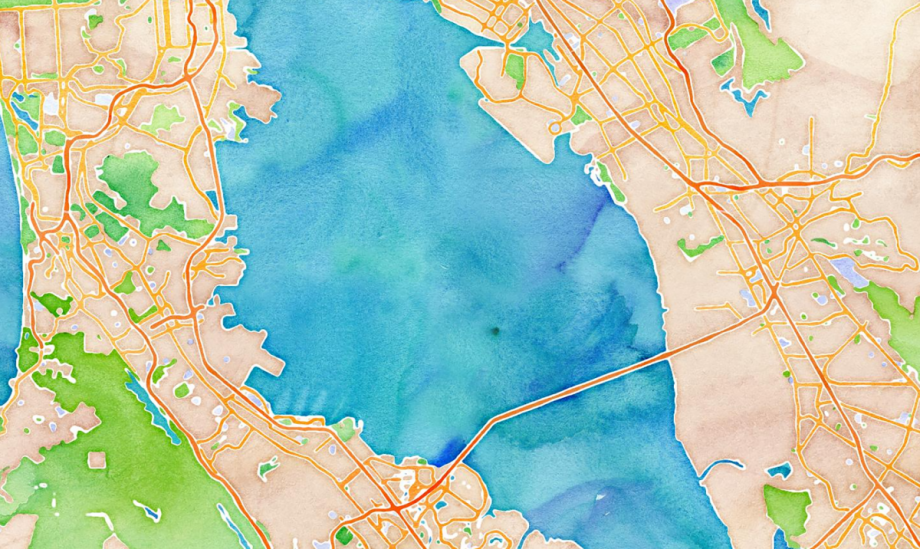 A map of Boston based on Stamen’s watercolor map tiles.

Boston’s Office of New Urban Mechanics and researchers with Emerson College’s Engagement Game Lab have spent the last few years working to cobble together a methodology for figuring out whether the city’s civic innovations, from apps that track bumpy roads to contests to redesign streetscapes, actually work, and how to fix them when they don’t. They’re out now with a 21-page booklet on what they’ve learned so far, called Design Action Research with Government: A Guidebook.

The DARG approach, as they guidebook’s authors deem it, calls for pairing civic inventors with academics and, through design experimentation and continuous on-the-ground testing, building things that real citizens willingly use.

Take Citizens Connect, the city’s mobile tool for letting the public report problems like potholes, graffiti and broken sidewalks. Launched in 2009 in partnership with the New Hampshire development shop Connected Bits, it has proven popular. But some in the mayor’s office had the sense that users didn’t feel the same connection to the process that someone gets from ringing up the Mayor’s Hotline and explaining to a real-live human about the teenagers bouncing a basketball against a metal garage door at 3am. Speaking with an operator, says Eric Gordon, a professor of civic media who heads Emerson’s Engagement Game Lab, sparks “a certain amount of storytelling and commitment to the issue.”

The Citizens Connect app had been designed with social features, Gordon notes, “but it doesn’t mean that people are going to use it the way you built it.” Indeed, when the researchers started surveying app users, they found that 38 percent never even looked at other users’ complaints.

The DARG methodology, Gordon and his colleagues says, requires them not only to define a goal, but also to think hard about whether it’s a valid ambition. Is it worthwhile to make citizen reporting more social? They decided that it was, because a real objective isn’t just better pothole patching but, says Chris Osgood, co-chair of Boston’s New Urban Mechanics, making good on this bit of wisdom from Jane Jacobs: “Cities have the capability of providing something for everybody, only because, and only when, they are created by everybody.” Gordon and Osgood decided that getting there meant giving citizen reporters a better sense of how they shape day-to-day life in the city.

Their research prompted them to start building a “civic badging” API, or chunk of behind-the-scenes code, called StreetCred. The code can plug into reporting platforms and integrate with existing platforms like Foursquare and Instagram. It can also participate in ‘campaigns’ of activities, like reporting a hundred potholes, checking in at community meetings, and participating in spring clean-up drives. A new version is due out this spring, Gordon says, and eventually outside groups will be able to create their own campaigns through the tool.

In the far-flung world of civic tech, Boston’s New Urban Mechanics are often celebrated as the very model of a high-achieving in-house innovation team. But they’ve proven themselves eager to demonstrate that what they do has merit, both because their staff is full of curious minds and because it gives them leverage in the city — and the city government. They’re also blessed with a city full of colleges. Emerson College is right down the road from City Hall, and they’ve worked with Gordon for years, ever since they together entertained the idea of creating a version of Boston in the immersion game Second Life. (They never went through with it.)

I raise the idea that solving the Citizens Connect problem with a game might be a case of “if you have a hammer.” Gamifying civic interactions is, after all, what Gordon does. He responds that the it isn’t about requiring civic reporting to be more social. (In fact, an impersonal app can encourage some people to report. “You reduce the level of responsibility,” Gordon says, “which in some ways is a good thing.”) Instead, it’s about simply adding the option for citizens who want their engagement with the city to be more robust than a few clicks.

Though they may be wrong about that, they say, and that’s okay. The DARG methodology for cities demands, Gordon says, on “creating a context where failure is a possibility.” Here, Osgood chimes in. “We’re trying to create the capacity not to be just a smart city, but a learning city, which requires experimentation,” he says. “It requires evaluation. It requires hypothesis-driven questions, rather than just assuming that tomorrow we want to simply get better at the things we’re already doing today.”

That guidebook is available here and below.