The Boring Part Is Over for Quito Subway – Next City

The Boring Part Is Over for Quito Subway 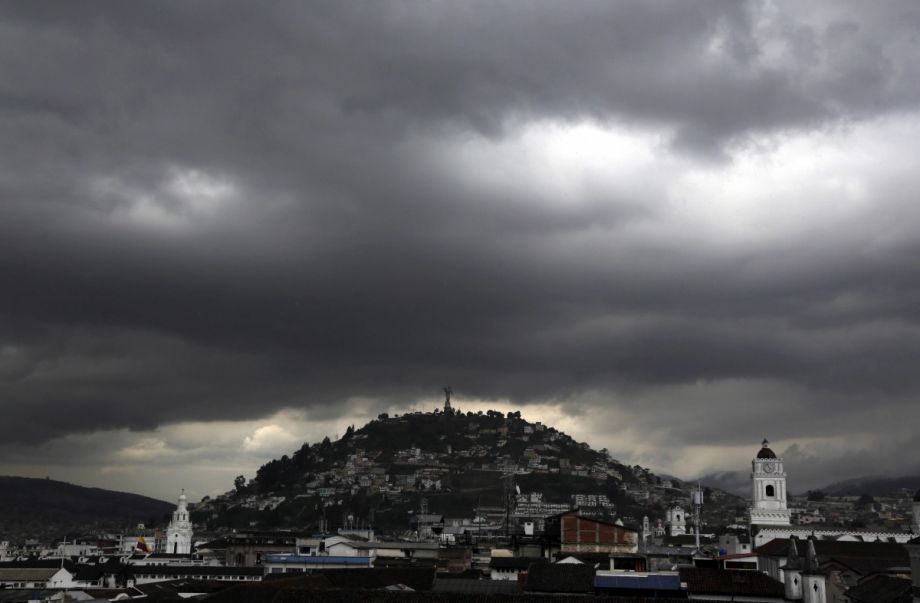 The iconic landmark El Panecillo in the heart of downtown, in Quito, Ecuador. Spanish conquerors named the hill El Panecillo, the Spanish diminutive for a bread loaf. The hill is considered sacred by the indigenous population and refer to it by its original name, Yavirac. (AP Photo/Dolores Ochoa)

The last of the three tunnel boring machines that had been digging a subway tunnel under the streets of Quito broke through to daylight Oct. 24, the International Railway Journal reports.

The three machines, La Guaragua, La Carolina and Luz de América, together excavated a tunnel 9.5 meters (31.2 feet) in diameter for more than 19.5 kilometers (12.1 miles) under the city, including its World Heritage Site city center. Luz de América dug a total of 9 km (5.6 miles) of tunnel from the exit shaft at El Arbolito in the north to Solanda station in the south, passing beneath the historic city center without causing damage. The machine also excavated a record-setting 1,489.5 meters (.93 miles) of tunnel in 30 days.

The $1.54 billion Quito Metro is the largest public works project in the history of the Ecuadoran capital. Work on Line 1 began in January 2016 and is now 77 percent complete, including the foundations for 14 of its 15 stations, all of which are underground save for the southern terminus at Quitumbe. 14.9 kilometers (9.3 miles) of a total of 45 km (28 miles) of track has also been laid. The 22.9-kilometer (14.2-mile) Line 1 is set to open in late 2019.

Sagrada Família Will Pick Up Tab for Transit Improvements Around It

Catalan architect Antoni Gaudí’s masterwork, the Basilica de la Sagrada Família in Barcelona, is also part of a World Heritage Site, and it already has a subway station next to it. But the nearly 20 million people who visit the site each year, including 4.5 million who go into the still-unfinished church, putting a strain on that station and other nearby transport and public facilities. To ease the strain, the company that’s building the church will pay for transportation improvements in its area.

Metro Report International reports that the Junta Constructadora de la Sagrada Família has entered into an agreement with the Barcelona city council to fund transit operations and improvements to public facilities. The company will contribute €2.2 million (US$2.51 million) a year for the next 10 years towards the city’s public transport network and €300,000 (US$342,140) a year towards street cleaning and maintenance work. In addition, it will put up €7 million (US$7.98 million) towards improvements to Sagrada Família metro station. Options being considered include a direct connection between the station and the church’s interior or its exterior and widening existing access points. Finally, the firm will contribute €4 million to improving the public realm around the church.

Ridership on the Madrid Metro is expected to hit 687 million passengers by year’s end. That’s the highest ridership in the system’s 99-year history. Global Rail News reports that to handle this surge in traffic, Madrid Metro will order 60 new trainsets at the beginning of 2019.

So far this year, 100,000 more riders a day on average ride the metro than rode it last year. From May to July 2018, ridership rose 12.8 percent, according to figures from Spain’s National Bureau of Statistics. The increase in metro traffic appears to have come partly at the expense of other transit modes, on which ridership has declined.

The €700 million (US$799 million) order includes 32 trainsets that will replace existing rolling stock and 28 that will add capacity to the system. More operators will also be recruited to run the additional trains.