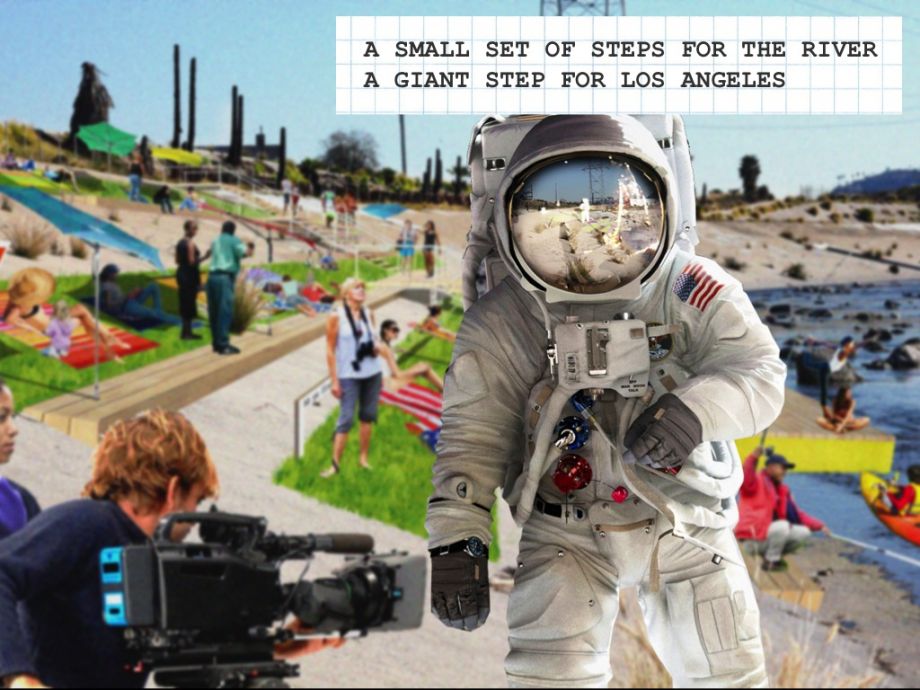 Voting ends tomorrow for My LA2050, a $100,000 competition that solicited project ideas for improving Los Angeles County and put them up for a public vote over at GOOD. Proposals range from a farm on wheels to dodgeball activism to helping kids from low-income families attain quality early childhood education.

Of the 279 submissions, one in particular caught our eye: The idea for a temporary park that would allow Angelenos to access the Los Angeles River, a woefully underused resource cutting 51 miles through the region.

As Nate Berg wrote in a March Forefront story, the L.A. River has for decades existed as little more than a dirty concrete half pipe, with water reaching only a few inches deep in some places. Until 2010, the U.S. Army Corps of Engineers didn’t even consider it a real river, thereby exempting it from the environmental protection afforded other natural resources.

But a mounting effort on the part of grassroots advocates has brought the waterway to the attention of local movers and shakers, and it appears that the Los Angeles River is primed for a renaissance. Even outgoing Mayor Antonio Villaraigosa has thrown his weight behind the idea of reimagining the river.

Building on this enthusiasm, a group of landscape architects and filmmakers calling itself the River LAnding Collective seeks to install a prototype of the proposed park on the L.A. River banks for one weekend this summer. As a primer video from the organization points out, “the banks of the river are probably our city’s single greatest open space opportunity.”

In order to make this space accessible, River Landing will use scaffolding systems that can rest on the concrete banks, creating stairways to platforms where people can stroll, dawdle and enjoy the view. One platform in the riverbed will allow people to fish and launch kayaks. (Starting in 2011, the Army Corps has allowed kayaks and canoes on the river for a short amount of time in the summer.)

To do this all legally, River Landing will apply for a film permit will not only allow the group to put its installation as a de facto film set, but actually document the two-day process in a time-lapse. It’s a notion that builds on the L.A. River’s history as a movie star — usually portrayed as a post-industrial wasteland, it has taken turns in films such as Grease and Terminator 2.

This time around, the point is to highlight the river’s potential as a natural asset to the city, and set the stage for future, more permanent projects along the banks.

“People can see the river, know that it exists and start to think about what it can be as a public green space on a much larger scale,” said Abigail Feldman, a landscape architect and a member of River Landing.

The My LA2050 competition will doll out a total of $1 million in grants to 10 winning proposals. The L.A.-based Goldhirsh Foundation, a philanthropic group behind the competition, will choose winners from among the popular projects in eight different categories.