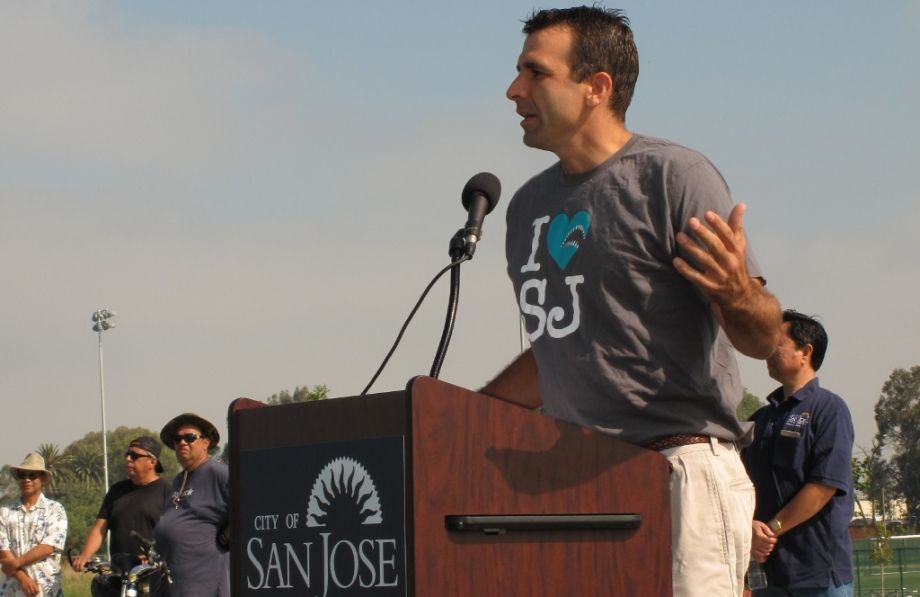 For the under-18 set, the summer months are a well-earned respite from the tyranny of the school year. But for families who can’t afford to send kids to pricey camps or take extended vacations, the season presents a challenge: How do you keep antsy teens constructively busy — especially ones who might be enticed into breaking the law in times of idle?

In San Jose, California, where five juveniles were charged as adults for a gang-related murder earlier this year, Mayor Sam Liccardo is rebooting the city’s summer youth employment program. He and his gang prevention task force hope to target at-risk 14- to 24-year-olds with job training and career placement programs in high-need communities.

“We looked at burglary rates in the southern part of the city where we’d seen a spike recently,” says Liccardo, “and we looked at arrests over six months. Over half of the arrestees were juveniles. That was a wake-up call for me.”

To identify the communities that would be best served by the revamped San Jose Works youth jobs initiative, they generated maps using data on crime, the locations of foster youth, and the locations of households that receive state benefits. The Works program will conduct employment outreach, and offer job-readiness and financial skills-building programs in targeted areas.

“We have identified neighborhoods that have high gang activity involvement,” says Khanh Duy Russo, director of strategic partnerships under Mayor Liccardo. “There’s a clear list of neighborhoods with clear boundaries.”

Community-based organizations are assisting with referrals within neighborhoods, and San Jose State is helping to recruit employers. The program will provide work for about 800 teens this summer.

Employers will also get training to prepare them to work with the youth.

“A lot of these employers might not be used to working with kids who come from gang-impacted neighborhoods or who have been a part of gangs,” says Russo. “We wanted to make sure we’ve developed good orientation training and support to the for-profit partners. So if someone comes in and is tardy or not dressed appropriately or has an attitude, [the for-profit partners] have the communication skills, tools and support to provide the right amount of counseling and don’t react by firing kids. That’s not the goal.”

Russo says that the city used to have a robust youth employment program, but until recently it didn’t have the money to live up to its own former commitments. San Jose Works will be benchmarked against the city’s own former work, as well as workforce development programs in San Francisco, Chicago and New York.

“San Jose has gone through a lot of financial challenges in the last decade, which is remarkable given that this is a city that sits in the middle of Silicon Valley — the largest city in an area of burgeoning growth,” says Liccardo. “But as it remains, the public sector has continued to struggle.”

The City of San Jose and Santa Clara County have both committed $1 million to San Jose Works, in a show of city-county collaboration. Target, Lowe’s and Home Depot have all committed jobs; Bank of America and Microsoft have committed money to the program. Russo says the reason that most of the jobs are retail or public sector — and not tech-oriented — is because teens as young as 14 might not have the necessary skills for knowledge economy-based work. (CodeCamp is one organization trying to break down that barrier.)

Instead, Liccardo is trying to draw more financial support for this and other programs from the private sector. He says that the tech sector’s affluent set is more likely to direct philanthropy to national or global issues, rather than the city next door.

“While much of Silicon Valley is doing incredibly well, a significant portion of my city — particularly on the east side or in Central San Jose — there are high poverty rates in areas where housing costs are ballooning,” says Liccardo. “Being able to engage with those corporate foundations and take a look closer to home has been a significant element of our initiative.”