This Teen Organized a Mini-Think Tank to Revitalize His Downtown 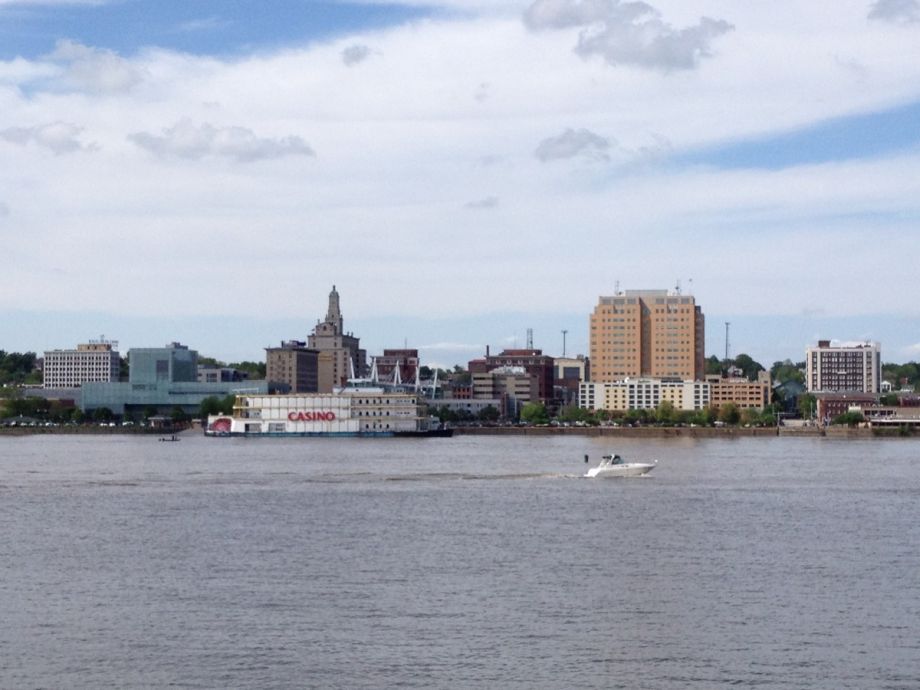 The millennials-focused OurCity Movement hopes to see a revitalized downtown in Davenport, Iowa. (Photo by Quadcities2012)

Given the presidential campaign attention showered on Iowa every election cycle, residents can’t avoid growing up on national politics — but at least one ambitious group of teens is focusing on street-level urban policy in the largely farm-centric state.

Seeking to get engaged in change in their small city of about 100,000, Pablo Haake, 18, and a team of high-school classmates created what he calls a “grassroots, idea-generating mini-think tank of teenagers” focused on downtown revitalization in Davenport, Iowa, held earlier this month.

Haake is the founding organizer of the OurCity Movement, a group dedicated to making downtown Davenport attractive for people between their teens and their 30s. On its site, listed goals include making Davenport a city “where pedestrians fill the streets, shoppers flood the businesses and there is never a dull moment.”

The April 12th ideas festival included a brainstorming session and a panel discussion attended by city leaders, including local aldermen and the director of the Downtown Davenport Partnership. (As a 2014 Bezos Scholar, Haake attended the 2014 Aspen Ideas Festival, where he was given $1,000 to create a local ideas festival on any important or relevant issue of his choosing.) I asked Haake about the OurCity Movement and whether he wants to make a career out of advocating for cities.

What is downtown Davenport like now, compared to where it could be?
I think everyone realizes that more attractors — more restaurants, more businesses — will make [Davenport] more fun and more accessible. It will also make it more attractive to people. That’s really how we’ll create a successful city to millennials, to come here and live here, work here and spend their money here.

We’re in a great place right now, because we have a lot of housing options. There are a lot of old warehouses being converted into lofts. As you know, one of the steps to revitalization anywhere is getting people to live there. And then they are going to demand amenities.

Why do you think there’s this perception that teens don’t care about cities like Davenport?
I would say the perception seems to be accurate in some ways, because teens tend to be apathetic. We’re all very engrossed in our own worlds and in the life of high school. But in some ways, I think it’s inaccurate.

In working with my classmates in the OurCity Movement and also meeting some of the people at the ideas festival, we found that when you put teenagers in a room and you show them why an issue like downtown revitalization is important — how it can improve their quality of life to be able to hang out and do fun things — they realize that it’s not some far-off policy that adults should be worrying about, It’s their life.

What were some of the best ideas to come out of the festival?
There was a lot of attention towards public art in many forms — more murals, more street performers, more outdoor music. A lot of people wanted to see a weekly music event by the river.

We’re in the process of compiling the ideas of the festival and creating a report that we can take to organizations like the Quad City Chamber of Commerce and the Regional Opportunities Council. That council is made up of businesses and business owners and people who can make change happen. We didn’t want to reinvent the wheel or do anything they are already working on.

I had a good conversation with one of the aldermen who represent the downtown area, and he mentioned the idea of creating a neighborhood association recreating some of the youth representation throughout the city. I have some concerns about bureaucratic solutions, but that would be a good way to solidify some of our idea-generating.

What were the toughest parts about organizing this big event?
One big challenge was sticking to our mission. We started out looking at the specific issue of walkability and then we expanded out to revitalization, with walkability being a part of that. Then, we narrowed our focus demographic on millennials.

We shifted a little bit, because our challenge was communicating our message to community leaders. I met with the mayor, aldermen, different organizations, and I learned that we have to be open to ideas and support, but we had to make sure that we were sticking to what we wanted to do and not other people’s agendas or angles.

Do you want to pursue a career focused on urban issues or cities?
Yes. I remember when I was seven or eight, I loved to draw maps. One of my first maps was of a city and I called it Lake Town, Michigan. I made my own neighborhoods and streets and a lakefront. I find it strange that a seven- or eight-year-old would do that, but I know I have that passion in me for that and it has kind of come out this past year.