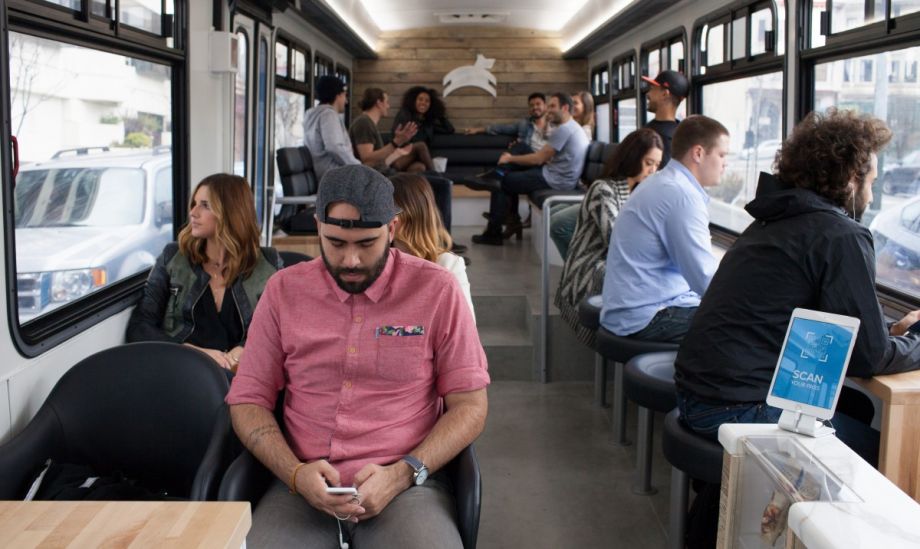 San Francisco commuters usually have plenty of complaints with BART, whether its the overcrowding, the dated trains, or the fear that disease is imminent. In what could help or hurt the situation, the latest in luxury buses, Leap, launched yesterday with what appears to be a particular penchant for tech-minded Bay Area residents.

Leap runs during rush hour in the morning and evening during weekdays, and riders must board using their smartphone as a ticket (non-smartphone users are told they can print one out). Though the bus route currently only travels between Lombard St. and downtown with minimal stops to ensure swift delivery, a one-way ticket will cost you $6 ($5 if you buy in bulk). 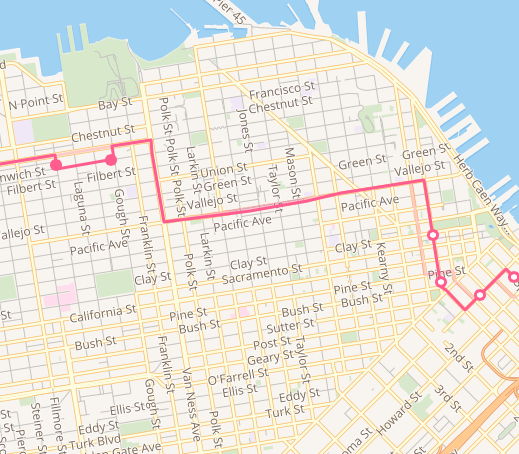 The luxury bus also introduces two aspects that heretofore were unthinkable in transit etiquette — eating and getting to know your neighbors. Using the Leap app, riders can request food or drink and promptly be served by a Leap worker. Similarly, using the app, riders can get to know fellow commuters by creepily reading their Leap profiles from their phones.

The tech-minded design for the convenience of tech-minded Bay Area residents, equipped to take “the hassle out of getting to work,” brings to mind the either lauded or loathed Silicon Valley bus shuttles carting employees to and from offices such as Google and Facebook from the Bay Area. The difference, of course, is the $6 ticket, and while it may do to unclog some of the crowded BART trains, it could also exacerbate the disparity between Leap riders and normal bus riders if and when Leap interrupts their commute.