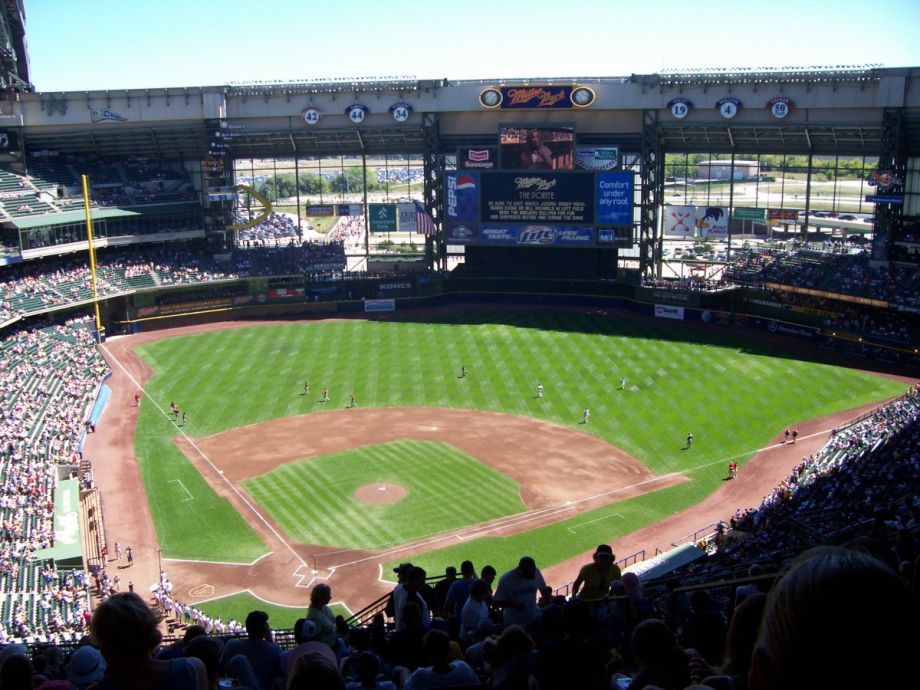 Milwaukee taxpayers will be paying off the Brewers’ Miller Park, built in 1996, until 2020. (Photo by Royalbroil)

Earlier this month, comedian and HBO show host John Oliver called out Americans on the funding of sports stadiums with public tax dollars, noting that some teams hold their cities hostage by threatening to relocate if taxpayers don’t help with the bill for new facilities.

In Minneapolis, Vikings owner Zygi Wilf told fans that if the city didn’t pay up, he’d move his NFL franchise to Los Angeles. According to MarketWatch:

Minneapolis, meanwhile, will end up paying $678 million over its 30-year payment plan once interest, operations and construction costs are factored in. The city earned a Super Bowl hosting gig in 2018, but also got a 150-page list of Super Bowl demands from the NFL that will only cost the host city and state more money.

Although Atlanta let the Braves head to the suburbs for their new baseball venue, taxpayers in that city are putting $200 million toward a stadium for NFL’s Atlanta Falcons and Major League Soccer’s Atlanta United FC.

Glendale, Arizona, has been on a sports spending spree for years. As MarketWatch reports:

Within the past 10 years, Glendale has spent $308 million on a $455 million football stadium for the Arizona Cardinals, it entered a 15-year, $225 million arena management contract with the Arizona Coyotes and it paid millions more for a spring-training facility for baseball’s White Sox and Dodgers.

Last month, Glendale City Council said no more when they voted 5 to 2 to end the $225 million arena management contract they signed to keep the Coyotes from moving to Seattle.

Last month, the Milwaukee Business Journal reported that Milwaukee Bucks president Peter Feigin told Wisconsin lawmakers that if they didn’t swiftly approve $250 million in public funding for the proposed arena in downtown Milwaukee, the NBA would move the team to another city. A week ago, the state senate reached a deal with the Bucks, meaning that city, county and state residents will now owe over $400 million over 20 years. It’s worth noting that Milwaukee’s taxpayers will be paying for the Brewers Miller Park, built in 1996, until 2020.

Washington, D.C., has agreed to contribute $150 million for a new home for MLS team D.C. United. That may seem like a drop in the bucket compared to the other cities on the list, but the fact that a portion of the money is coming out of a school-modernization program makes the funding, as MarketWatch puts it, “a bit much to swallow.”

In other questionable athletic venue news, officials from Boston2024, the organization behind the city’s 2024 Olympic bid, didn’t produce two unreleased chapters of their bid book, so City Councilor Tito Jackson filed an order for subpoena this week.

“The drawings of beautiful buildings and venues has been very impressive. But the important part of the winning bid, Bid 1.0, is the financials,” Jackson said. “No intelligent business person, especially not one as savvy as those involved in this bid would do a business deal without all available financial information. So, why, why are you asking the citizens of Boston and the Boston City Council to go forward without complete disclosure?”