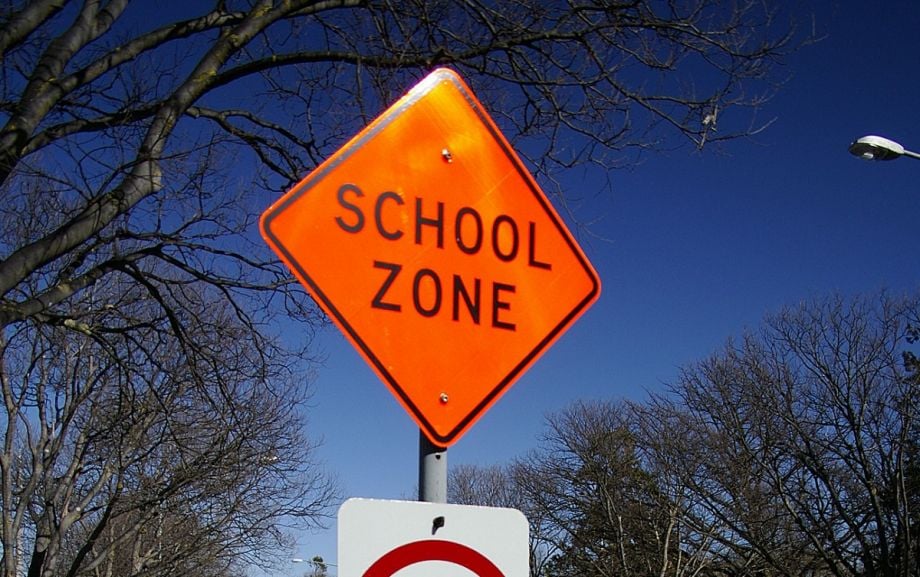 ​“Gridlock, absolutely,” is how Michael Case describes the school commute in the Tampa Bay area. That traffic trouble is why the Tampa Bay Area Regional Transportation Authority (TBARTA) — where Case is principal planner and project manager — announced a $115,000 partnership with PikMyKid Wednesday. The app, designed to expedite school pickup and drop-off, could help with what has become its own rush hour in TBARTA’s seven-county region. “We’re talking 45 [minute] to an hour and a half wait times,” he says.

Why? For starters, it’s hard to quickly get children — and their belongings — into a car. And that’s when it’s your child and your car. Kids don’t always go home with the same parent every day. Maybe mom picks up on Monday, then dad does Tuesday, and Wednesday the child goes to a friend’s house to play. To get the right children into the right cars, Case says most schools are “using tools that really don’t help them expedite the process: so walkie-talkies, you know, basically a chart or pen and paper.” Multiply these individual touchpoints by a hundred students and quickly cars are “basically flowing over into the access streets.” And that was before two counties in TBARTA’s district, Hillsborough and Hernando, cut back on school busing.

Through the PikMyKid partnership, parents can download the app and speed up both pickup and dropoff. The app double verifies parent identity, first by checking the phone’s signal against the provided cell number, then by making sure that number matches what the school already has on file.

Parents drive to school like they normally would. When they enter what app founder Saravana Pat Bhava calls the “geo fence” (300 to 500 yards surrounding the schoolhouse), they check in, which allows staff to get children ready before the car pulls up. Case says this should cut pickup and drop-off time to “5-10 seconds per car.” 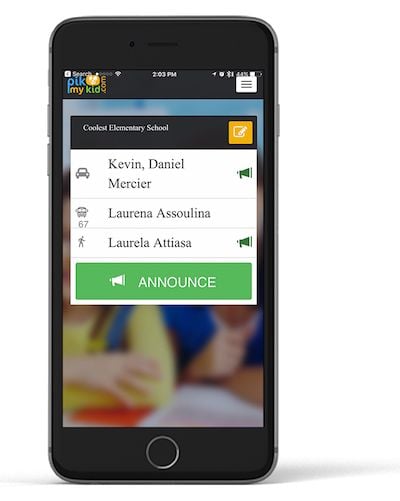 As part of the TBARTA partnership, PikMyKid is rolling out a “ride-sharing” feature. If users opt in, the app will track their traffic patterns after they leave the school. They’ll receive notifications alerting them to other drivers dropping off kids whose routes match, and be able to connect to them for carpooling.

That carpooling cuts back on traffic is nothing new. What is new here is PikMyKid’s “predictive condition patterning” — or, in less technical terms — the app’s ability to help parents “optimize their start time from home so they know they’ll spend the least amount of time waiting in line.” This optimization, Bhava says, is made possible by a user’s prior traffic data.

Through the Regional School Commute Program, TBARTA has facilitated student carpooling since 2004 but expects higher participation rates with PikMyKid for two reasons. One, the app requires less work from parents. With RSCP, they had to pre-register online; PikMyKid is a cell phone check-in.

Also, Case says, some principals didn’t like the existing program because “[it] can’t verify the identity, so to speak, of the person that is picking up a child that’s participating.” PikMyKid’s two-step authentication gets rid of that problem.

Bhava says implementation of the app at Hillsborough Academy of Math and Science, a school in the TBARTA region, took care of traffic congestion that had been so bad, the local government had planned to build an extra turning lane. “With about $3,000 they can solve a problem which otherwise would take them hundreds of thousands of dollars to solve,” he says.

The $115,000 TBARTA is spending comes from state funds and will be divided among schools in five counties. PikMyKid charges $1 per child; TBARTA will subsidize up to 85 percent of a participating school’s total cost. Participating districts will decide whether the district or the individual school picks up the rest.

Funds are for year one only, but Case hopes schools will continue the program post-pilot. “We’ve got to get their skin in the game here,” he says. “It comes back to the fact that given [the program’s] success we want them to continue on with it and see its impact and to let it expand from there.”