Taking Back Agency and Accountability for the Banking System – Next City

Taking Back Agency and Accountability for the Banking System 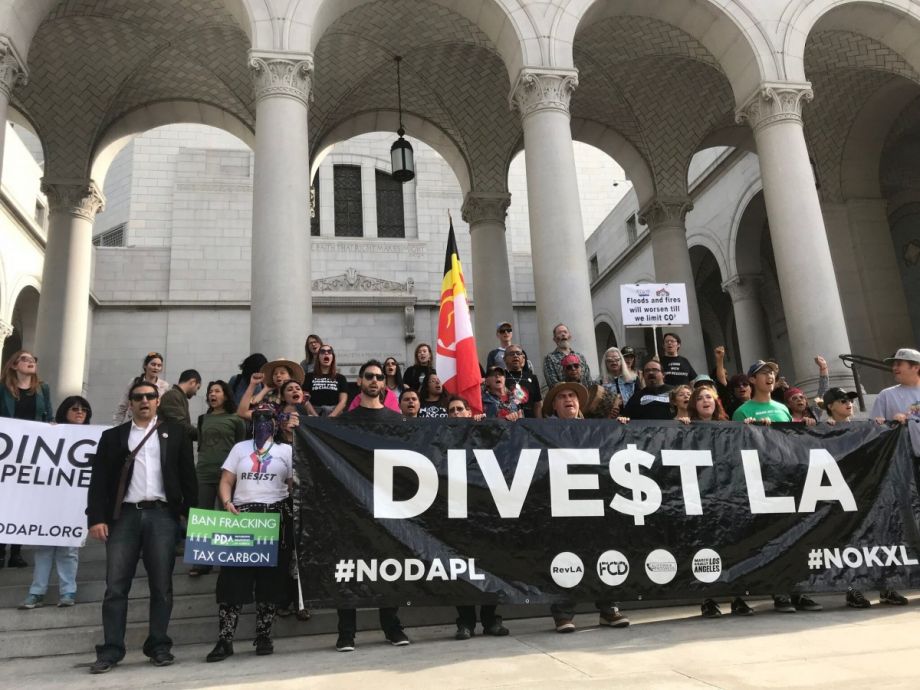 Community organizer Carlos Marroquin, 57, of Hollywood, is a housing advocate who knows of homeless people who are employed but do not make enough to put a roof over their heads. He envisions a city-owned bank that would work directly with community banks and credit unions, “providing them the money they need to be able to give reasonable and affordable mortgage rates to people.”

It might sound like an outlandish plan, but he’s far from alone. In New York City, for example, dozens of residents and community organizers in early June gathered in front of the New York Stock Exchange to launch the Public Bank NYC Coalition, a group calling for the creation of a New York City-owned bank. Oakland and San Francisco are exploring the idea. New Jersey and Michigan are also considering setting up state-owned banks.

“I think this is the sign of the sleeping giant, the American populace, taking back their agency and accountability for the banking system,” Kat Taylor, who co-founded Oakland-based Beneficial State Bank, told Next City in February. “It belongs to all of us.”

The California State Senate recently passed a bill to create a state charter for banks that would handle the money flowing from the newly legal recreational marijuana market. The bill, SB 930, is now with the State Assembly for consideration. Creating the charter would be a key step, public bank advocates say, toward cities or the state establishing one or more public banks. The cannabis industry would give a new state-owned or new city-owned banks a ready source of large, lucrative private sector clients in addition to local or state government.

“We are encouraged to see the state thinking out of the box, in terms of addressing this very acute problem with cannabis money,” says David Jette, legislative director for the Public Bank LA campaign. “Ultimately, we think this needs to be universal program, something that includes a lot more than just cannabis”

The Public Bank LA campaign is part of part of Revolution LA, the organization that also ran Divest LA, which pressured the city to stop doing business with Wells Fargo, reported to hold more than $40 million in securities for the city. Divest LA urged Los Angeles city elected officials to divorce the city from Wells Fargo over the bank’s phony accounts scandal and support of the Dakota Access Pipeline.

“It’s our money and it should be used and invested to benefit us,” says Jette.

Funding infrastructure projects through public banks, for example, would bring down costs by reducing interest and debt service payments made toward private institutions.

“It would make money for our cities instead of for Wall Street shareholders,” Jette says. “It would prevent the kind of investments that destroy the earth.”

L.A. advocates envision a city-owned bank that would accept city deposits and also manage the purchasing needs the city requires. It would make loans to the city as well as other sectors of the local economy, as well as investments in community banks or even credit unions. The Bank of North Dakota, until recently the only state-owned bank in the U.S., holds around $249 million in shares of local banks around that state.

Advocates have also been clear that a city-owned bank should answer to an independent board of governors made up of elected officials, responsible financial and banking experts, and advocates for affordable housing.

The city has been exploring the creation of a public bank since Council President Herb Wesson spoke of the idea in a July 2017 speech detailing his priorities for his final term. In April of this year, the Los Angeles County Democratic Party in a resolution supported the creation of state-chartered public banks.

And just this month, Public Bank LA helped launch the California Public Banking Alliance, a coalition of organizers in cities across the state including Los Angeles, Oakland, Santa Rosa, and Santa Barbara.

Obstacles remain — a city report in February listed a number of challenges Los Angeles would have to overcome in order to create a public bank. A big hurdle would be coming up with a substantial amount of capital to start a bank, the report said. The Federal Reserve Bank of Boston, for example, estimated that a public bank for the State of Massachusetts would need $3.6 billion in start-up capital, according to the report.

The city’s code also prohibits it from entering into a purely commercial venture, unless it’s approved by voters. A charter amendment would have to be presented to the voters to allow the creation of a city-owned bank that would earn a profit.

For now, Public Bank LA is continuing to move the issue forward. Next up: through the newly-formed state alliance, advocates are working on crafting state legislation required to instruct the California Department of Business Oversight to issue a special license for charter cities to form public banks.

Jette says they are looking for an author for the legislation. “It is a local movement that is spreading very rapidly,” he says.