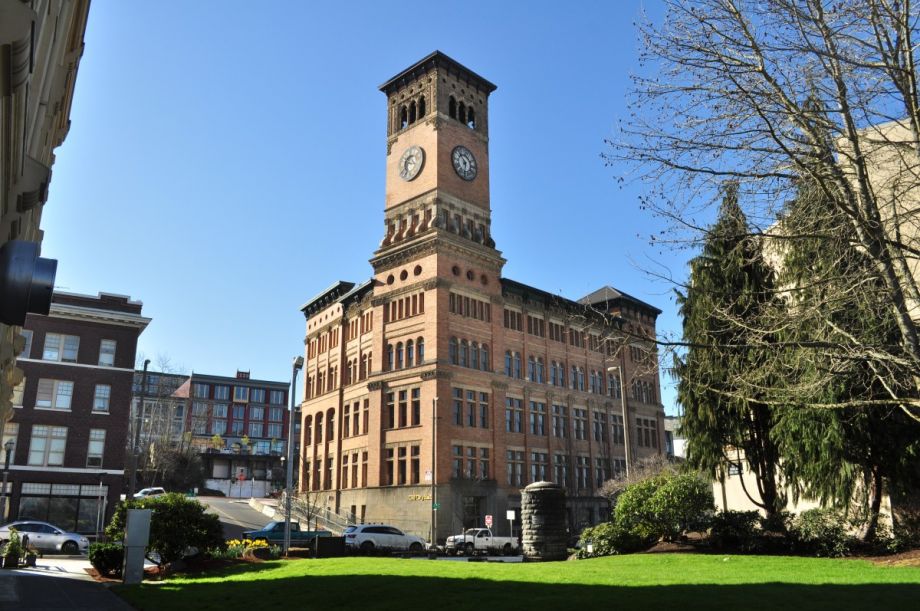 This July, the Tacoma City Council received a report with four recommendations for the city’s in-progress strategic affordable housing plan. The list would ring familiar to any housing advocate or policymaker: to develop housing for individuals earning up to 30 percent of the area median income; preserve existing affordable housing while enacting tenant protections; expand mandatory inclusionary zoning; and create an affordable housing trust fund.

But printed at the bottom of the first page, there’s something a little less familiar. It’s Bible verse Micah 6:8: “He has told you, O mortal, what is good; and what does the Lord require of you but to do justice, and to love kindness, and to walk humbly with your God?”

The report, titled Housing Hope, was issued by Associated Ministries of Tacoma Pierce County, a faith-based coalition founded 49 years ago. This year the organization added its voice to a conversation underway around establishing the city’s first comprehensive affordable housing policy, expected to be submitted to the Tacoma City Council this fall.

Mike Yoder, executive director of Associated Ministries, explains that for many years the organization served as “a social services incubator for the faith community,” from facilitating food banks to establishing one of the first faith-based AIDS service organizations in the country. Over the last decade it’s grown into its own social service organization; today Associated Ministries partners with the county’s human services department running its homeless response system, acting as a rapid re-housing referral agency, and running the landlord liaison program.

“We’ve become a key player in the homeless system in this community,” says Yoder. He realized, however, “it’s great we show up, volunteer, serve and support, but we also can go upstream … we can advocate for policies that help bring an end to homelessness.”

Associated Ministries was further prompted by the Tacoma Housing Division, which decided in late 2017 to think more strategically about its affordable housing strategy. The agency spent this year in outreach and community listening sessions to better inform their effort. “We can do the technical and research side, but our efforts were largely focused on issues the community is experiencing — seeing what’s really happening out there,” says Daniel Murillo, the housing division manager.

Before determining the four policy recommendations, Yoder, with 25 others, kicked off a process of research, education and organizing training. The group engaged city staff, city council members, and housing policy analysts, “and [we] thought about what we heard that really stood out,” Yoder says. They also trained with a community organizer with experience mobilizing faith-based communities.

Members of the group come from diverse backgrounds: Greg Walker is a licensed minister who moved to Tacoma 18 months ago with the desire to start “a new missional community,” he says; Patricia Roundy is longtime member of a local church; Christal Chiu moved to the city a year ago and works for the Tacoma Rescue Mission.

Some, like Chiu, were familiar with housing policy before starting this work. Others had different paths — Walker speaks of a journey from, “being very traditional, conservative, preached the mantra of pulling myself up from my own bootstraps … and in the last 10 years I’ve recognized there’s a lot of inequity I wasn’t cognizant of.”

All three spoke of a moral obligation to advocate for the most vulnerable in their community. Roundy asks, “What does it look like to imagine a world that is inclusive, equitable, sustainable, and what can we do in small and large steps to make that happen? The faith community can play a role, in listening to neighbors and having a vision of what could be. It matters that we act.”

The Moral Voice Initiative presented its policy recommendations to Council Member Chris Beale, a city planner who represents South Tacoma, before presenting to City Council last month. “[Beale’s] awareness of this was key,” Yoder says. “He’s been supportive of our efforts to convene faith communities to be a more activated group to address the homeless situation.”

Still, Yoder notes, there was some surprise at the City Council meeting to hear from a faith-based group, not a typical voice in affordable housing policy conversations. Now, Yoder’s task is to bring more faith leaders in.

“It’s a little complicated,” he says. “It’s a lot of extra explaining and legwork … talking about mandatory inclusionary zoning, no pastor has any idea what that means!”

A faith leader talking policy to their congregation, Yoder adds, can also bring up issues: “They’re not sure they’re enough of an expert to say to the church they support mandatory inclusionary zoning,” he says. “They’re wondering, ‘what are the implications if my congregation includes housing developers?’”

Walker, the ordained minister, explains his advocacy role is made easier because “I’m not preaching to generate an income to feed my family, which a lot of pastors are.” He continues, “A lot of times if you say things that are unpopular — even if they’re accurate — people could stop donating because you’ve offended them. Pastors are in this goofy place.”

But Walker believes “the Bible is very clear what we’re supposed to be doing.”

Yoder agrees and believes this policy effort will prompt more from Associated Ministries.

“I think this will be an effort we can point to and say: see how this can work and how our voice is appreciated,” he says. “In the future, we may need to call on pastors across the community to pack out City Council chambers and represents a real justice issue that might be controversial,” he says. “We want to be able to show up, in that way, in the future.”