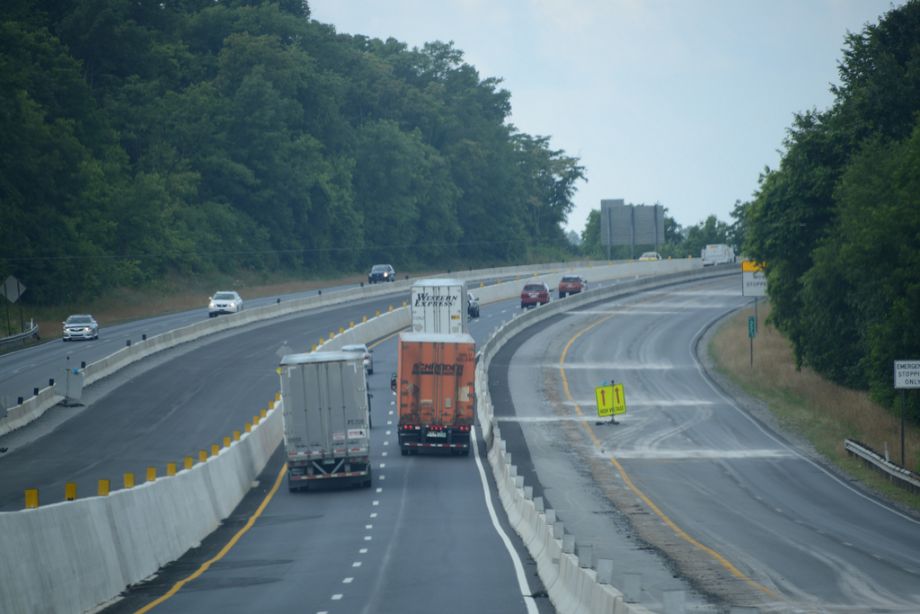 Peter J. Park, the first speaker of the second day of the 2013 Bruner Loeb Forum, had 10 minutes to speak on his experience overseeing the removal of Milwaukee’s Park East Freeway. What he delivered was urban freeway removal advocacy speech, going through his points quickly and matter-of-factly, finishing before the buzzer could alert him that time was up.

He called the problem with freeways “a simple design issue.” Interstate highways, he explained, were meant to connect and flow into a network of roadways, not cut through cities and separate districts.

“Like weeds, the freeway in the city is a bad thing,” Park said. “It’s a failed experiment in America… when you choke off access, you ruin the city.”

We’ve followed the issue of urban highway removal across the country. Next City Editor in Chief Diana Lind spoke in favor of freeway removal as a tactic for revitalizing cities at TedxPhilly, later penning an essay on the subject for the eBook City 2.0: The Habitat of the Future and How to Get There.

Naturally, Park spoke proudly of McKinley Avenue, the six-lane boulevard that replaced Park East in Milwaukee. According to a paper prepared by the Seattle Department of Transportation, Case Studies in Urban Freeway Removal, the project has lead to a “somewhat reduced level of service to motorists,” yet achieved its primary goal, redeveloping the area around the avenue. The demolition provided 26 acres of land for private development and led to a greater redevelopment area measuring 64 acres. Three neighborhoods were created. “As of 2007,” the paper detailed, “five projects totaling $340 million of investment are either under review of approved, and more have been proposed.”

Park East’s demolition initially found opposition from Wisconsin’s then-governor Tommy Thompson, but he changed his mind due to the freeway’s low traffic volume. Joe Sisko, the assistant director of Upstate, a design and research center based at the Syracuse University School of Architecture, presented on the issue of highway removal in Syracuse, showing that things in his city are more complicated.

Sections of the I-81 expressway in Syracuse are nearing the end of their life span, in particular, a 1.4-mile elevated highway known as the Viaduct. The elevated highway’s useful life will be over by 2017. Sisko pointed out that 12 percent of the nation’s GDP goes through I-81, a vein that connects Tennessee to Canada. In Syracuse, it also connects to westbound highways like I-690. That is the dilemma, said Upstate director Marc Norman: If I-81 were demolished or reduced, traffic could keep moving north to south through a bypass, but traffic heading west would definitely be curtailed.

Sisko moved on to a slide that was a collage of vintage photographs of black Syracuse. In the 1950s, when the Viaduct was constructed, it created a new border to the 15th ward, which housed approximately 90 percent of the city’s black residents at the time. The Viaduct holds a charged history — Van Robinson, Syracuse Common Council President and a founder of the local chapter of the NAACP, likened the Viaduct to the Berlin Wall. In the book Changing Lanes: Visions and Histories of Urban Freeways, authors Joseph DiMento and Cliff Ellis argued that white local politicians planned the Viaduct purposefully to raze parts of the 15th ward. Robinson has been a vocal supporter of freeway removal.

“The question today is not if it comes down but when it comes down,” Robinson told Innovation Trail. “If we do nothing, it means simply that the bridge is going to fall down on its own.”

“All of the options are awful,” Joe Sisko said to the group during his presentation, “So what do we do?” Upstate is examining alternatives but hasn’t pinned down the best solution. New York has contracted the Parsons Transportation Group with the I-81 project, according to the Syracuse Post-Standard, and while the bill for the first installment already totals $785 million, the group hasn’t specified what they’re building yet. “Tunnel? bridge? boulevard?” Teri Weaver of the Post-Standard wonders.

Sisko displayed a graph with data on urban freeway removal projects in the States and Australia. Norman said digging to get the data was important, as they continue to consider alternatives.

“We want to ask the right questions,” Norman said. “How do we promote regional mobility for everyone?”

The graph displayed by Sisko. Credit: Upstate, a center for design, research and real estate at the Syracuse University School of Architecture