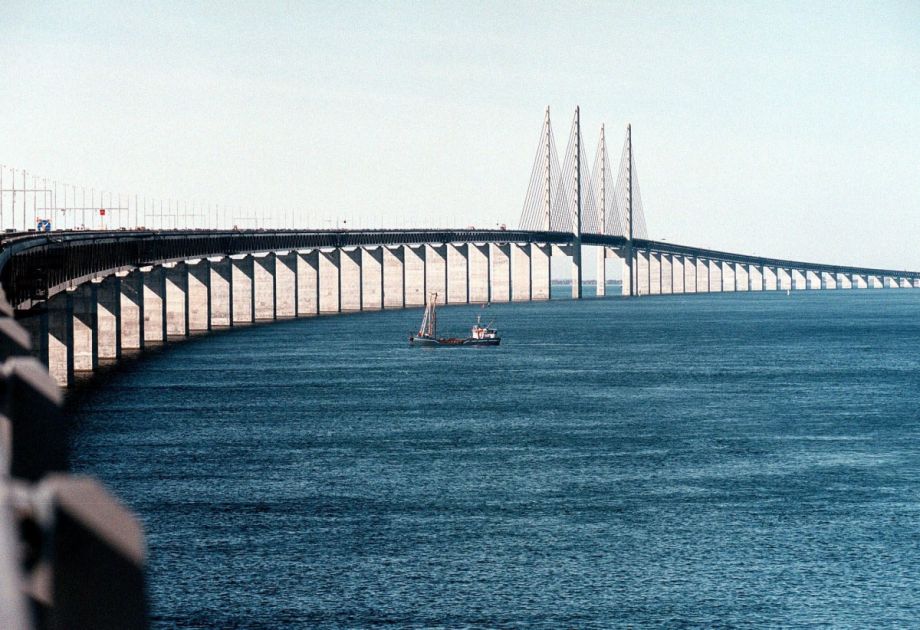 Sooner or later, the 9.5-mile Øresund Bridge will no longer be the only link between the Danish capital of Copenhagen and the Swedish city of Malmo. Tolls from the road-and-rail bridge may help pay for a subway tunnel linking the two cities. (AP Photo/Brian Rasmussen, Nordfoto )

WIth the formation of the Øresundsmetro Executive partnership, the mayors of the Swedish city of Malmö and the Danish capital of Copenhagen have advanced their joint proposal for the world’s first international subway line beyond the mere talking stage.

Metro Report International reports that Copenhagen Mayor Frank Jensen and Malmö Mayor Katrin Stjernfeldt Jammeh announced the formation of their cross-border partnership to push for the Øresundsmetro’s construction at a May 28 conference in Malmö.

Former Danish Labor Minister Jørn Neergaard Larsen will chair the partnership, which its founders describe as “a Danish-Swedish forum for dialogue between representatives from industry, academia and the metro project partners.”

The proposed metro would run in a 22.1-km (13.7-mile) tunnel from København H to Malmö C and have five stations. Trains in the tunnel under the Øresund, seperating Denmark and Sweden, would operate at a top speed of 120 km/h (74.6 mph), enabling them to complete an end-to-end trip in 20 minutes. A connection with the Copenhagen metro would be provided once that system is extended to København H.

The subway aims to reduce projected congestion on the Øresund Bridge fixed crossing, which opened in 2000. Passenger and freight rail traffic is projected to double over 2011 levels once the Fehmarnbelt road and rail tunnel connecting Rodby in Denmark and Puttgarden in Germany opens in 2028.

Construction on the Øresundsmetro, which is projected to cost €4 billion (US$4.68 billion, including a 50 percent risk premium), could begin as early as 2028 and open in 2035. Both Sweden and Denmark have the option of using tolls from the Øresund Bridge to help pay for the subway tunnel once its bonds are paid off in 2035.

Global Rail News reports that a Japanese-Indian joint venture has received a 55-million-yen ($501.5 million U.S.) contract to perform track and electrical systems systems work on the elevated rapid transit line to be built by the Dhaka Mass Transit Company.

Dhaka MRT Line 6 will be the first mass rapid transit line to be built in Bangladesh. It’s part of a 20-year plan for rapid transit aimed at reducing congestion and air pollution in the Bangladeshi capital approved by the government of Bangladesh in 2015. The 20-km (12.4-mile) north-south line will have 16 stations from Ultara North to Motijheel. The Japanese Official Development Assistance Office, a unit of Japan’s Ministry of Foreign Affairs, will pick up the tab for the line’s construction cost.

As of now, two other lines, 5 and 1, are identified as in the works on the Dhaka Mass Transit Company website. Environmental studies are under way for Line 5, but Line 1 has not advanced beyond the proposal stage.

Now that the rail transit lines have been built, the Federal Transit Administration (FTA) is offering money to create the environments the riders will come from.

Railway Track & Structures reports that the FTA will award a total of $28.5 million in grants to support transit-oriented development projects around urban rail transit stations. The grants are being made under the FTA’s Pilot Project for Transit-Oriented Development Planning, which was authorized under the Obama-era Moving Ahead for Progress in the 21st Century transportation funding package, also known as MAP-21.

Grants will be made to agencies that sponsor eligible transit projects or entities that have land use planning authority in eligible transit corridors. The grants will pay for planning to boost transit ridership through multimodal connectivity and mixed-use development near transit stations. Grant money can also be used to identify infrastructure needs for such development, engagement with the private sector and developing funding sources to support actual implementation of TOD projects.

The deadline for applying for the current round of FTA grants is June 23. Funding authority for the pilot program runs through fiscal year 2020.