Millennials Aren’t Happy About Their Housing Options – Next City 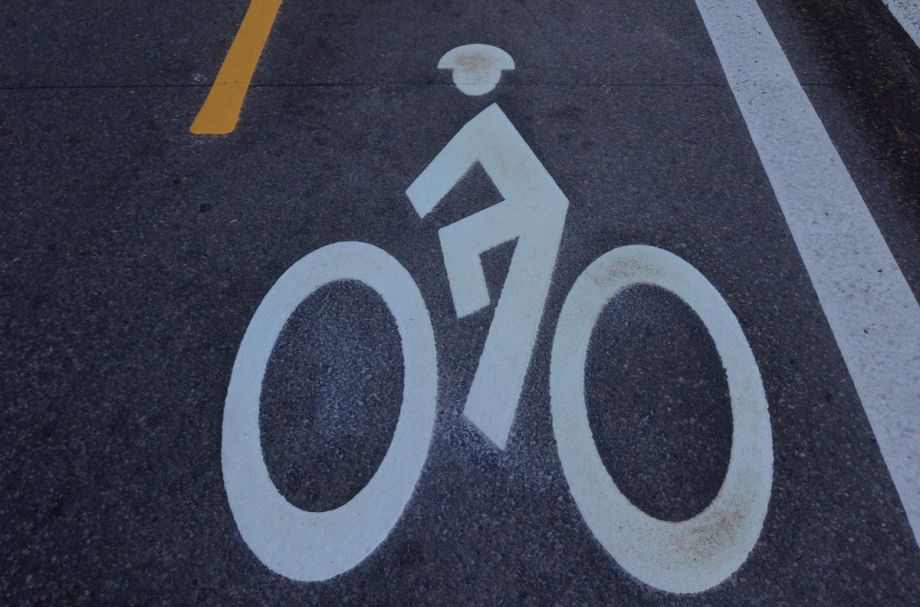 With hefty demographic pulls from both the baby boomer and millennial generations, increasingly cities are focusing on housing that appeals to 20-somethings, as well as designing to accommodate aging residents. Yet, a report released last week by the Urban Land Institute counts 15 percent of millennials as “dissatisfied with their community’s quality of life and their current homes, and 21 percent are dissatisfied with their housing options.” Across the board, 25 percent of renters are unhappy with housing options.

ULI’s survey was aimed at measuring quality of life perception among Americans of different backgrounds and generations. The report, America in 2015, divided the country by age groups, as well as race and income levels to consider what Americans want from their communities. (The phone survey connected with 1,201 people, and they weighted responses to be representative of the U.S. population.)

Unsurprisingly, wealthier Americans are more satisfied with their communities, the survey found, but when it comes to satisfaction, there’s a notable shift depending on location, specifically urban vs. rural vs. suburban:

Low-income Americans are generally less satisfied than those with higher incomes, but their experience is not uniform across different types of communities. Low-income suburbanites are more satisfied than their counterparts in other types of communities. Low-income people in rural/small-town areas (23 percent) and cities (20 percent) are more than twice as likely as low-income suburbanites (8 percent) to register dissatisfaction with their community’s quality of life.

“While we’ve made progress in creating places that provide a higher quality of life, our work continues to evolve based on lessons learned from the past, as well as our ability to anticipate the future needs of those who live and work in our communities,” said ULI Global Chief Executive Officer Patrick L. Phillips in a press statement. “Shortcomings in design and development that exist now present opportunities to reevaluate how to make our communities healthier for all residents, and more inclusive and successful as a result.”

Americans of all income levels share many quality of life priorities: walkable neighborhoods, green space, and access to fresh food and public transit. While people with incomes at 200 percent of poverty level (or less) did express a stronger desire for public transit accessibility, 52 percent of Americans overall would prefer to live in communities where they don’t need a car very often, and 48 percent feel their communities need better bike lanes.

The survey also found that 73 percent of Americans consider access to healthy food to be very important. Next City has recently covered attempts to overcome food deserts from New Orleans to Cleveland to Philadelphia. But ULI reports that lack of access to healthy food options is still a big problem for many, particularly for African Americans and Latinos. 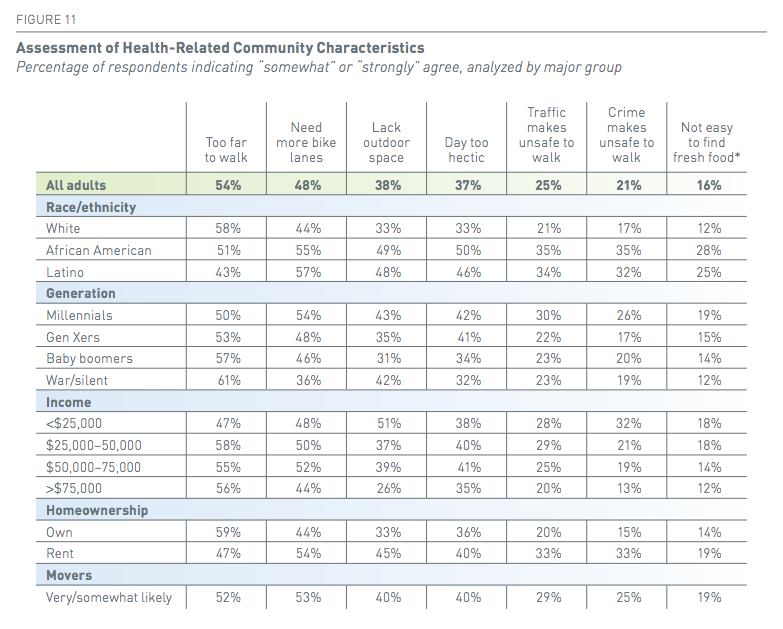 As for the potential of building more equitable cities and how ULI’s “America 2025” might reflect a future level of satisfaction with communities, the research organization notes that what millennials want will play a big role in shaping change:

Of the four generations included in the report, the millennials — the largest and most racially and ethnically diverse generation, and the one just starting to become fully immersed in the housing and jobs market — will continue to have a profound impact on 21st-century design and development, Phillips noted: “Millennials’ preferences for a range of housing options, easy access to dining, shopping and recreation, and walkability are changing the growth patterns of suburbs as well as urban centers.”