Support Middle Neighborhoods with a Federal Investment in Home Rehab 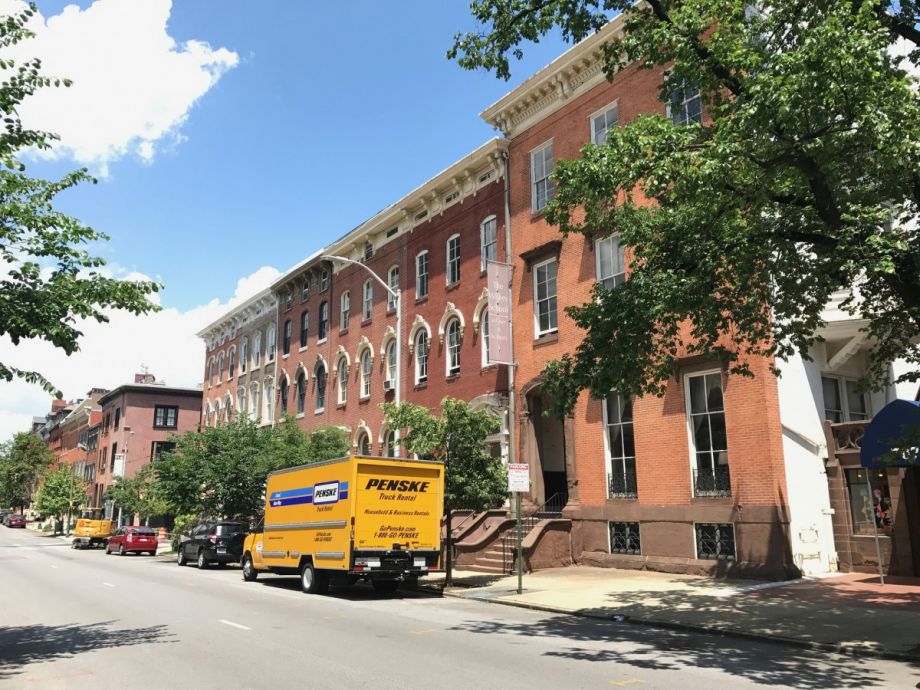 In many Baltimore neighborhoods such as Mt. Vernon, the housing stock is older and often, the cost of acquisition and renovation would exceed a home's appraised value. (Credit: Baltimore Heritage, via Flickr)

Neither rich nor poor. Neither gentrifying nor in steep decline. “Middle neighborhoods” have recently captured the attention of community development circles (and are the subject of ongoing coverage in Next City). These neighborhoods, broadly defined as areas with households earning 80 to 120 percent of the area median income, currently face a growing number of challenges. One glaring challenge is age — while homeownership rates are high, houses in middle neighborhoods are often quite old, and residents tend to have fewer resources for upkeep.

We work in a number of cities with many middle neighborhoods, connecting foreclosed homes to community housing organizations that will acquire and properly rehabilitate those homes. For example, in the city of Baltimore, Maryland, more than half of residents live in middle neighborhoods. As is the case in many of the cities along the East Coast, three-quarters of the homes in Baltimore were built before 1960.

Older properties are not always a problem. But they can pose a special challenge in areas where property values are not strong enough to either support refinancing for repairs or encourage resale efforts because the cost of acquisition and rehab would exceed the appraised value. This condition is commonly referred to as the “appraisal gap.” Middle neighborhoods often experience challenges with the appraisal gap because the recession caused a proportionally greater decline in middle-market home prices than in higher-priced markets.

Many of our Baltimore partners have reluctantly turned down the chance to acquire and rehab homes in middle neighborhoods for this reason. One organization recently explained its decision this way: “The property [in question] needs at least $75,000 in rehab to even compete with other properties that are currently being sold on the market. Average resale in this area is $130,000. Asking price, coupled with rehab, will put us at a loss.”

Like many other state and local governments, Maryland offers single-family home rehabilitation grants and loans but its programs cannot always meet the high level of need. Across the country, as the country’s affordable housing crisis grows and resources are stretched all around, state and local programs face high demand and funding challenges that limit their reach. Next City has already noted that this problem is widespread; maintaining aging homes can be difficult for owners around the country from Milwaukee to Philadelphia.

Existing programs are not enough, which is why we have joined with a number of other organizations to promote a new federal approach to solving this problem: the Neighborhood Homes Investment Act (NHIA). The NHIA would address the challenge of rehabbing older homes, both vacant and occupied, by providing a tax credit to help fill the appraisal gap when that property is rehabbed for owner-occupancy. States would develop plans for allocating the credits and make allocations to various investor entities with development expertise. Once the renovations are complete and the house is sold to a qualifying homeowner, investors receive the tax credit. The NHIA tax credit would support single-family homeownership in the way that the Low-Income Housing Tax Credit (LIHTC), created in 1986, supported the construction and rehabilitation of more than 3 million multifamily rental housing units.

Enacting the NHIA could add millions of dollars for states to deploy toward badly needed single-family home rehabilitation in neighborhoods with above-average poverty and below-average household incomes and home prices. Estimates show that each $1 billion in NHIA investment would lead to 25,000 homes built or rehabilitated; more than 33,000 jobs in construction and related industries; and $4.25 billion of total development activity.

As experts have noted, federal support for neighborhood improvement has been declining for the past 40 years while aging homes need greater levels of investment. The core idea behind the NHIA — using a tax credit to support affordable single-family housing — enables the needed repairs and rehabilitation in many middle neighborhoods in a way that harnesses market discipline and pays only for success.
Our country is now at a point where homeowners in middle neighborhoods and communities around the country are struggling more than ever to make needed repairs to their older properties in the midst of an uneven housing recovery. NHIA holds the potential to finally change this by giving states an important tool for proactively maintaining stable communities and keeping their middle neighborhoods strong.

Theo Chang is a Senior Policy Associate at the National Community Stabilization Trust. She previously served as an internal change management consultant at Fannie Mae, where she worked with loan servicing, acquisitions, and credit enhancement teams to improve team culture and efficiency. Prior to that role, she held policy positions in nonprofit organizations as well as in local and federal government agencies, where she worked on interdisciplinary issues impacting low-income communities. Theo holds a bachelor’s degree in international relations and human biology from Stanford University and a master’s degree in International Education Policy from Harvard University.

Julia Gordon is the executive vice president of the National Community Stabilization Trust. As a national expert on housing finance, mortgage, and foreclosure issues, Gordon drives NCST’s policy work, which focuses on federal, state and local policies related to neighborhood stabilization, blight and foreclosure prevention. She also oversees the Neighborhood Stabilization Initiative, a program that provides local community development organizations with a “first look” opportunity to acquire Fannie Mae and Freddie Mac REO properties in 18 different cities. Prior to joining NCST, Gordon served as the Senior Director of Housing and Consumer Finance at the Center for American Progress (CAP). Gordon received her bachelor’s degree in government from Harvard College and her J.D. from Harvard Law School.