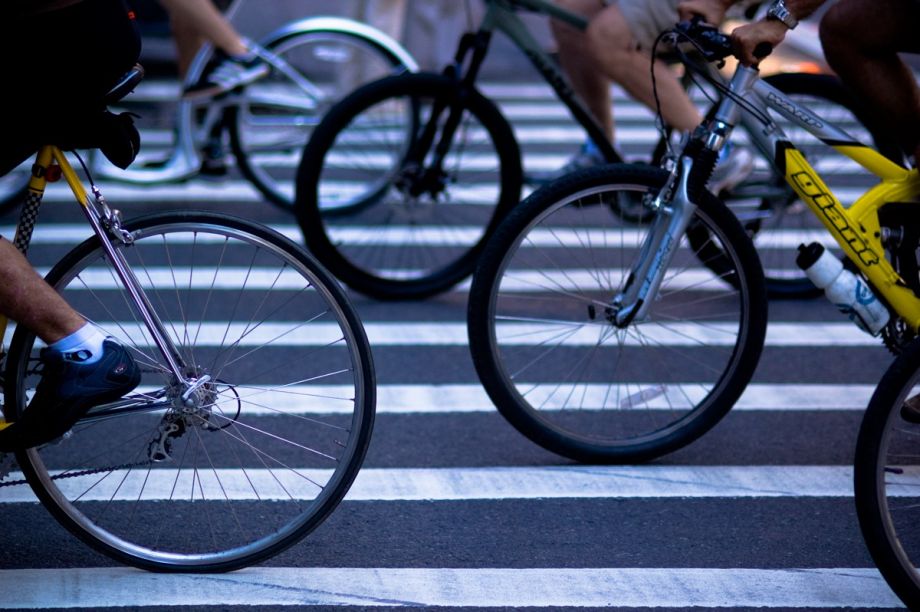 Over the past half-century, American planners have had an incredibly ambivalent relationship with the role of the street in the dense urban environment.

First, they seemed to accept a future of quick commutes by car along superhighways that would transform entirely the living patterns of a developed, post-war society.

Recognizing the growing role of the automobile in the life of the middle class and the coinciding fall-off of activity in traditional walking downtowns, they developed plans for pedestrian malls and built plazas for “people, not cars” in cities from Denver to Fresno.

Eventually coming to realize that those projects had in many places failed to stimulate inner city regeneration, municipalities put the blame on exactly the solution they had devised just decades before. Kalamazoo, Raleigh, and as I documented here a few weeks back, now Sacramento, have torn up their pedestrian streets, bringing back cars under the assumption that the increasing traffic will shore up downtowns still on life support.

This pattern of back-and-forth thinking about street use makes it a bit difficult to take fully seriously the newest movement, which is to close down busy streets to traffic occasionally, based on the theory that this would provoke increasing activity and allow people using a variety of forms of alternative transportation to appropriate space previously reserved only for cars.

This year, this idea has really taken hold: Not only are big, pioneering cities like New York and San Francisco planning a series of “summer street” weekends (after doing so in previous years), but so are a heterogeneous group of others not typically known for their respective interest in radical transportation policy, from San Jose to my hometown of Durham, North Carolina.

In very important ways, this most recent foray into street policy is vastly different from precedent examples. Unlike those government-led construction projects, these summer streets are ephemeral explorations of urban mutation, and they’re often initiated and sometimes even led by groups of non-profits and interested individuals. The best summer streets are those that allow people to do whatever they want, however they want. Preset prescriptions for street use seem to be a thing of the past.

In other words, it’s citizen-led planning, in opposition to the top-down re-figuring of streets that has marked most recent planning history.

But being democratic does not necessarily mean particularly positive results. Indeed, the whole concept of the “summer street” may say more about transient citizen excitement than actually represent a compelling planning goal.

Take Durham, where the street closing event took place two weekends ago. The project was effective in bringing in an audience of more than 1,000 people interested in re-imagining potential uses of asphalt. It was certainly a success in demonstrating that there is a demand in town for more walking and cycling, and as an infrequent occasion, it was a nice community get-together around a common goal.

But I’m skeptical of the organizers’ claim that it helped improve health by encouraging exercise through active transportation. There’s only so much activity you can stir up during a one-day event in an area of town that on normal days isn’t that frequented by pedestrians or bicyclists, due to a lack of nearby retail or other attractions. Indeed, wouldn’t it be more powerful to close streets that are already busy, in order to further encourage an activity that is already present there? Wouldn’t a true transportation-based health improvement program mean converting the most active streets in the city to walking and biking only and thereby allowing whole neighborhoods to focus on alternative mobility options?

A truly useful “summer street” would promote a vision in which the partitioning of urban space more accurately represents its actual users, and in which it provided vital new outdoors space. That’s why New York’s closing of Park Avenue and Lafayette Street last year was so interesting: Manhattan already has far more pedestrians than drivers, and its large and dense population mean that local parks are overcrowded. By closing streets like these, even for just a few Sundays a year, the city is showing its inhabitants how their lives would be improved on a daily basis with a more humane environment. If the “summer street” worked in New York, the obvious follow-up would be to consider closing the right-of-way to traffic at all times.

Different cities have different needs for their streets; there is no benefit to following nationwide planning trends if they fail to address some underlying demand in each specific community. If the back-and-forth in discussions about how to use our streets has proven anything over the past fifty years, it is that there is no magic one-size-fit-all answer.