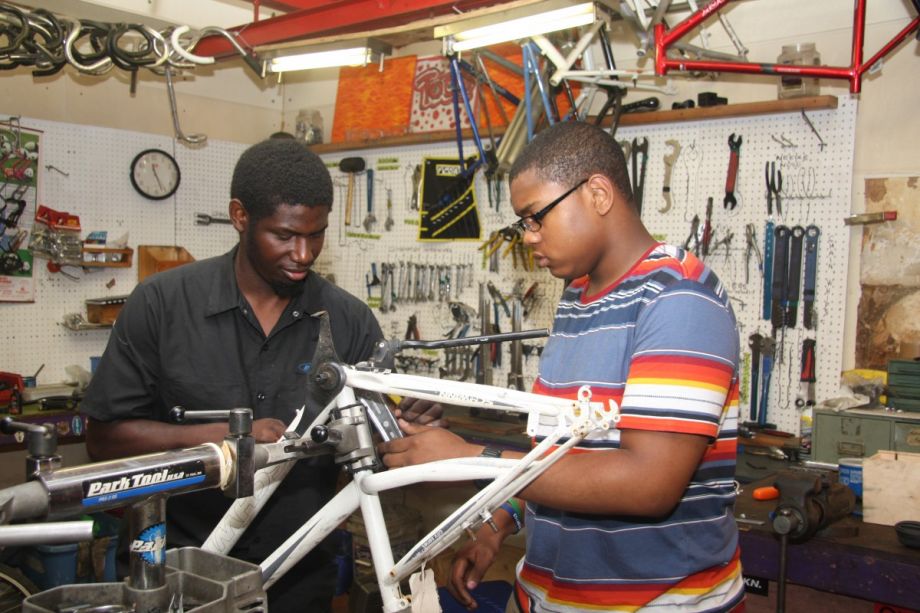 While East Coast cities patiently wait for winter to melt away, it’s a good time for municipal governments around the U.S. and employers in the private sector to start thinking about summer.

The summer months are a critical time for young people when it comes to moving into the workforce. And from 1999 to 2013, there was a startling 40 percent drop in 16- to 19-year-olds working from June to July, with the rate tumbling to just 32.3 percent.

“The fifty most populous cities in the country have all had summer youth employment programs in the last five years,” write the authors of a recent study. “As youth unemployment remains elevated following the Great Recession, youth employment programs have received increased scrutiny from policy-makers.” They took a look at evidence that might underscore the wide-ranging effects — which are as much social as they are financial — that a good summer job can have for teens living in cities.

The first of the report’s two economic findings is straightforward. Enrollees in Summer Youth Employment Program (SYEP) made more money than the control group did during the year of the program. The second is a bit more puzzling. In the three years following the program, SYEP participants actually earned slightly less than their peers.

“We know that a vast majority of our participants — 92 percent — are in school,” explains Christopher Lewis, director of SYEP. The study showed that SYEP enrollees didn’t have higher rates of college enrollment than the control group, but Lewis suggests that nonetheless, program alumni could have strenuous academic responsibilities that could prevent them from working as often as their peers while in school. “We feel that if you were to take a longer lens view on what the earning potential is for these participants, you might come out with a flipped view of the impact of having this summer youth experience is.”

“When [SYEP] started in the ‘60s, it was just a way to get kids off the streets. It very much has those aspects of anti-crime and anti-violence,” says Julia Breitman from DYCD. “It’s very heartening to know that it’s still making that impact that it originally set out to make.”

Heller took a look at a sample size of 1,634 teens from the Chicago summer jobs program One Summer Plus and from the University of Chicago Crime Lab to see how summer jobs affected crime rates.

“A lot of policymakers already believe that summer jobs must reduce crime,” says Heller. “You hear in the policy world all the time that ‘Nothing stops a bullet like a job,’ but it turns out that the research evidence really isn’t there.”

Heller looked for the proof, and she found that summer job participants were arrested 43 percent less than those outside of the program — and the comparatively lower crime rate continued for over a year after participation in One Summer Plus.

“There’s a big question about mechanisms,” says Heller. “What is it that the summer jobs programs are doing that makes a difference in a way that would affect crime and violence, but not necessarily employment? I’m working on some follow-up studies to be able to answer that question with data, but I think one good working hypothesis is that it’s teaching a kind of skill that matters to avoiding crime and violence.”

One employer-mentor told Heller how some One Summer Plus program participants were prone to becoming defensive when it came to taking directions. Some of the difficult experiences of their upbringing led them to react with anger even to the smallest of critiques.

“By definition, violent crime involves conflict with other people,” says Heller. “Maybe what the jobs programs are doing is teaching kids how to handle conflict more constructively, be that conflict with peers that might turn to violence or maybe conflict with a supervisor.”

“Besides just providing a job, we do also have some additional services around work readiness and financial literacy,” Lewis says of SYEP. “Another part of the program is to teach about basic life experiences. You can apply it to a workplace setting, but a lot of the lessons learned can be applied to life as well.”

As for the career development opportunities for these youth, the labor market remains weak for young people — especially for blacks and Latinos and those from lower-income households or with lower levels of education. But summer jobs programs across the country are fighting that trend.

Last week, Louisville Mayor Greg Fischer challenged businesses to create 2,500 positions for the city’s SummerWorks program. Yesterday, the Los Angeles County Board of Supervisors approved $6.5 million to fund the year-round jobs program CalWORKS, which could help 1,500 teens to work both in the summer and during after-school hours.

Heller hopes that more research will continue to support the idea that summer jobs have a valuable impact on the lives of urban youth, and answer questions about why this works and for whom.

“I hope that other jurisdictions moving forward will take these two pieces of research as a call to arms to learn from what they are already doing.”