This Labor Day, Celebrate the Summer Jobs That Strengthen Cities – Next City

This Labor Day, Celebrate the Summer Jobs That Strengthen Cities 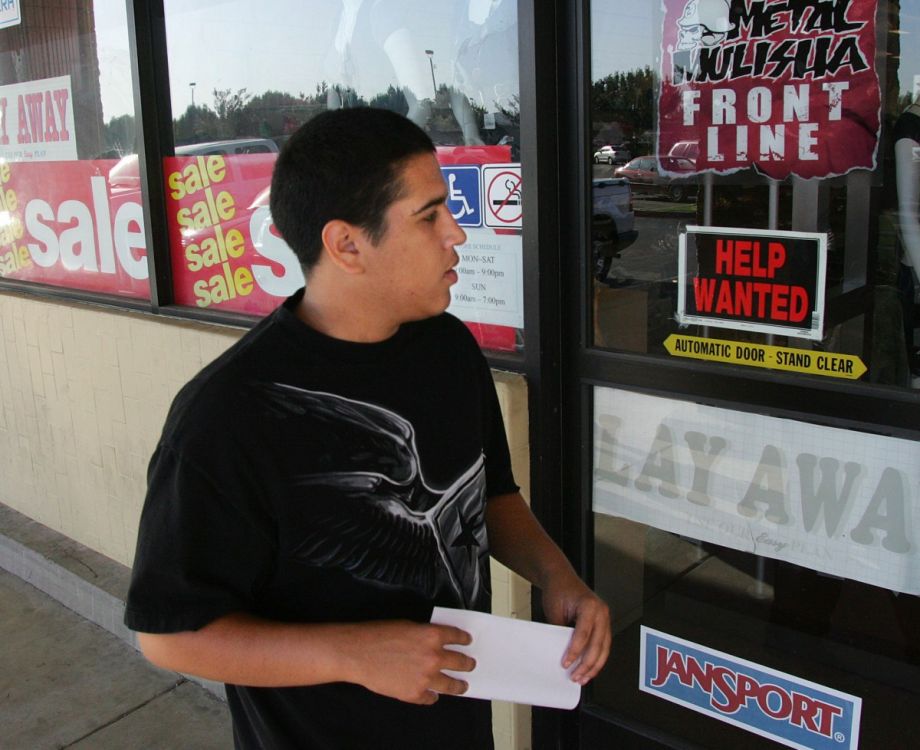 For six of the past seven summers, Alexandra Odom, a 20-year-old African American college senior from Baltimore, has been employed by the city’s YouthWorks program. She has cleaned up parks, worked in the mayor’s office, and helped build a website at the University of Maryland, Baltimore. This summer she is working at a landscape architecture and urban planning firm, helping a local school to build an outdoor classroom.

The jobs have put money in her pocket, taught her valuable skills, and burnished her résumé and confidence. “My experiences have opened my eyes to different things I can do and given me a sense of security going into the workforce,” she said.

Summertime youth employment, a critical entry point to the work world, has declined 40 percent in the past 12 years, and the hardest hit are youth of color and low-income youth, according to a recent report by JP Morgan Chase & Co. In 2013, a white male teen from an affluent family was five times more likely to have a job than a black male peer from a low-income family. Teens from families in poverty were nearly 20 percentage points less likely to be employed than teens with a family income of $60,000 or more.

The drop in summer employment began in the late 1990s, when the federal government eliminated funding for stand-alone summer jobs programs. It accelerated with the recession, as youth faced unprecedented competition for low-wage jobs in retail and food service.

This trend of disinvestment hurts all of us.

Summer jobs correlate with higher graduation rates, better long-term employment prospects, and higher earnings later in life, according to the JP Morgan report. Local economies benefit because employed youth tend to spend their pay in the community. And employers benefit from the creation of a more skilled, experienced, and diverse workforce pipeline, one that reflects the changing face of America. By the end of this decade, the majority of U.S. youth under 18 will be young people of color. Summer employment is important not only for students but also for the nearly seven million teens and young adults who are not in school or employed and are seeking ways to reconnect.

The good news is that forward-looking cities across the country are bucking the trend by expanding and reinventing summer jobs programs in communities that need them most. Baltimore and Chicago, for example, are among the cities taking the lead in prioritizing investment in summer employment for youth of color, adding supports like mentorship, bringing a focus on workplace skills and financial literacy, and enlisting the business community to create workforce pipelines to growth industries and sectors.

“Having a summer job can do way more than give you some money so you can buy books and school uniforms,” said Odom. “It gives you a stake in the community.”

Baltimore pledges summer jobs for all

Although Baltimore has operated a robust summer jobs program for decades, employing about 5,000 youth in recent years, the city never had enough slots to meet the demand. This year, in the wake of the uprising following the death of Freddie Gray in police custody, Mayor Stephanie Rawlings-Blake pledged to expand the program and offer a job to every resident ages 14 to 21 who applied. Nearly 8,000 young people, 97 percent of them African American, applied.

“Adding 3,000 jobs was a massive undertaking but the city pulled together,” said Jason Perkins-Cohen, director of the Mayor’s Office of Employment Development. “The mayor made it a priority. Key city agencies and business partners stepped forward to help, not just in terms of hiring but in making calls throughout the spring to encourage employers to hire youth.”

The effort succeeded — no applicant was turned away. The young people have been working at more than 700 sites across the city, painting murals, restoring park walkways, staffing receptionists’ desks, coding computers, stocking shelves, building websites, and more. The jobs pay $8.25 an hour and last five weeks. While the young people are on the job, YouthWorks is Baltimore’s fifth-largest employer.

“Most of that money comes right back into economy,” said Brice Freeman, communications director of the Baltimore City Office of Employment Development. “We see it as an economic driver for the city.”

YouthWorks is funded by the city, the state, and private donations. Most jobs are in the public and nonprofit sectors — all city agencies participate, joined by hundreds of community-based organizations, and anchor institutions including local universities and major hospitals. But increasingly, older teens and young adults are landing jobs in the private sector, thanks to the mayor’s Hire One Youth initiative — a push to deepen business engagement by connecting them with select work-ready youth and subsidizing the wages. Alexandra Odom is working at Mahan Rykiel Associates, an award-winning urban planning and design firm.

Odom has no idea how she would have spent her teenage summers without YouthWorks. In high school she applied for job after job in retail and restaurants only to be told she was too young. As she got older she was turned away because employers wanted someone who would stay on in the fall, and she was leaving for college.

She has become a vocal champion for YouthWorks, especially this year, after the protests exposed the depth of rage and despair among young African Americans in the city. “They want to be employed and they need the kind of experience that YouthWorks provides,” she said. “They need to know that the City of Baltimore cares about them and wants them to have employment opportunities. They need to know that the government and corporations are investing in them. It can change the emotional turmoil you feel when the city is going through a crisis.”
Chicago reimagines summer jobs as a strategy to change lives and communities

Want proof that smart investments in summer jobs change lives and communities? Research shows that One Summer Chicago Plus, the city’s expansive summer jobs program for at-risk youth, reduced arrests for violent crime among its participants by 43 percent. Moreover, the benefits persisted for months after the program ends.

The program is part of an innovative initiative,One Summer Chicago (OSC), which has put 24,000 young people ages 16 to 24 to work this summer — up from 14,000 in 2011. Seventy percent are African American, and 20 percent are Latino. It’s one of the fastest-growing summer jobs initiatives in the country, yet demand far outpaces the city’s dogged efforts to address the need. This year, 65,000 young Chicagoans applied for the city-funded minimum-wage summer jobs.

Launched by Mayor Rahm Emanuel as a strategy to keep young people safe and engaged by opening a doorway to job training and a sense of possibility, OSC is funded wholly by the city and donations. It encompasses three programs. The largest, the Summer Youth Employment Program, combines an array of jobs with group enrichment activities such as college tours and museum outings.

“This gives us a safe environment, there are mentors to talk to, and we get work experience. What better place is there to be in the summer?” said Antonio Dyson, a 19-year-old college sophomore in his third year of the program.

OSC Green Corps emphasizes environmental stewardship and sustainability by teaching youth horticulture, urban gardening, and how to build and repair their own bikes, which they ride around the neighborhoods to visit and maintain urban gardens and nurseries.

OSC Plus focuses on the 49 high schools with the city’s highest rates of violence and poverty. The program targets students who have missed six to eight weeks of school or had direct involvement with the juvenile justice system. In addition to connecting them with a 25-hour-a-week job, the program provides trauma-informed cognitive therapy, social skills training, and intensive mentoring. In a departure from standard summer jobs programs, OSC Plus rigorously collects data and evaluates results. To learn more about this program and other trauma-informed approaches to workforce development, read Alexis Stephens’ recent feature, Can Treating PTSD Solve Urban America’s Unemployment Crisis

The program’s success in reducing violence has inspired further investment. With a $10 million gift from Magic Johnson, OSC Plus grew from 1,000 participants last year to 2,000 this summer and capacity for 3,000 next summer. And program officials are building linkages with high schools, community colleges, and workforce training programs to make OSC Plus not just an isolated positive experience but part of a pipeline to opportunity.

“We realized we have the young people for six weeks and then it’s goodbye,” said Evelyn Diaz, former commissioner of the city’s Department of Family and Support Services, which administers OSC. “We needed to be more deliberate about strengthening the connections to year-round opportunity.”

OSC Plus participants are working on infrastructure projects this summer, including painting long-neglected viaducts and beautifying neighborhoods. “We want youth to take pride in their city,” said Pastor Torrey L. Barrett, executive director of the KLEO Community Life Center, one of the many nonprofit partners in One Summer Chicago. “We want to give youth ownership in rebuilding the city.”

Fran Smith is a writer, editor, author and communications consultant based in New York. She produces stories for the PolicyLink America’s Tomorrow newsletter, which highlights campaigns, leaders, policies, reports and local models that are advancing equity as an economic imperative.