To Save Water on Lawns, Plant a Tree – Next City

To Save Water on Lawns, Plant a Tree 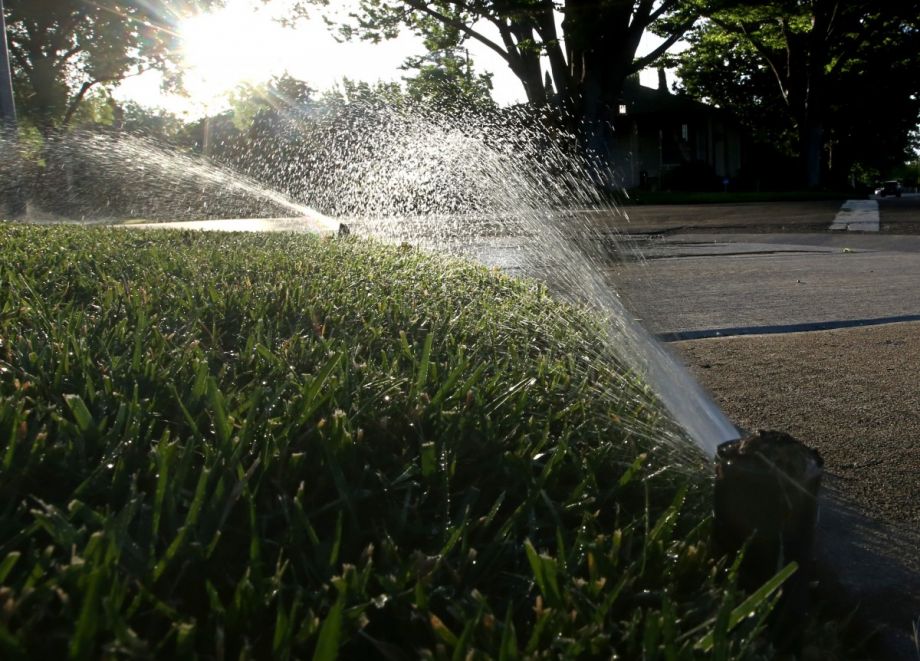 After four years of terrible drought, last winter brought a little reprieve for water-starved California. The heavy rain and snow filled reservoirs and built up the snowpack. It made enough of a dent in the drought that the Water Resources Control Board eased its statewide water restrictions to allow regions with more water supply to conserve less this summer. But though people will be able to water their lawns again, the drought is far from over. The state is working on regulations that will help them reduce water use by 20 percent or more in the long term. A new study of urban lawn water consumption from the University of Utah could help them get there.

Published in the latest issue of the Journal of Arid Environments, the study evaluates urban irrigation recommendations based on new data about how much water turfgrass actually uses in cities. Researchers measured turfgrass water use at eight sites in the Los Angeles Metro area to figure out how common city environments impact water consumption.

“We wanted to compare recommendations for watering turfgrass lawns with real use. How much do they actually need? Our theory was they’re probably over-irrigated. Before the restrictions you’d see sprinklers going off at all times day and night, during rain, etc,” explains Elizaveta Litvak, a University of Utah postdoctoral student and lead author of the study.

Litvak and her colleagues measured a process called evapotranspiration (ET), which accounts for the amount of water a plant loses through evaporation and the amount it “breathes” through transpiration. To make the measurements at the small scale necessary for urban lawns, they built special plastic chambers slightly larger than shoe boxes that were equipped with sensors. The chambers would take instant measurements of temperature and humidity of a patch of grass which allowed them to estimate ET. By taking measurements at different times of day and in different seasons at the eight sites around L.A. — some of which were shaded and some of which had full sun exposure — the scientists were able to draw conclusions about how much water the grass really needs.

In short, Litvak says, “lawns are irrigated in excess … it’s surprising how much less water we can use.”

She says part of the problem is that previous studies of turfgrass water use were conducted in agricultural settings. In other words, the focus was on crop yield, not aesthetics (and of course, aesthetics are the number one concern for urban lawns). Because of the lack of urban studies, California irrigation recommendations are, “currently estimated based on common sense and ‘subjective assessments’ in the absence of empirical data,” Litvak writes in the study.

When they compared actual water consumption to irrigation guidelines, the researchers were surprised to find that their numbers fell within the recommended range. But Litvak says that’s because the recommendation range is far too wide — the low end isn’t enough water to match turfgrass consumption and the high end is too much water. If those ranges were narrower, she says it would save water in the long run.

“You can save even more water if you take into account that the urban microclimate is different than what’s known from controlled lab environments and other experiments they’ve used to figure out parameters,” she says.

Another aspect of Litvak’s turfgrass study was determining how much shade impacts water consumption. She says the conventional wisdom was that while shade from trees would reduce ET, the water consumed by the tree would negate its benefits. By comparing a previous study of tree ET to her recent turfgrass study, Litvak concluded that’s not the case.

As such, Litvak says, “we would recommend partially shaded turfgrass. And if you can maximize its effect by using low water-use turfgrass with low water-use trees it will dramatically reduce water use in that landscape.”

Litvak is still analyzing the data collected in Los Angeles. When completed, she says the findings will be applicable to other cities with arid environments and will help establish more accurate recommendations for how much people should be watering their lawns.

With all that said, Litvak acknowledges that the most important piece of water conservation is getting people to actually follow existing guidelines. “Land managers say better safe than sorry and over apply water to see green grass,” she says. “Current recommendations can be improved. But first of all we must stop managers from over irrigating beyond current recommendations.”