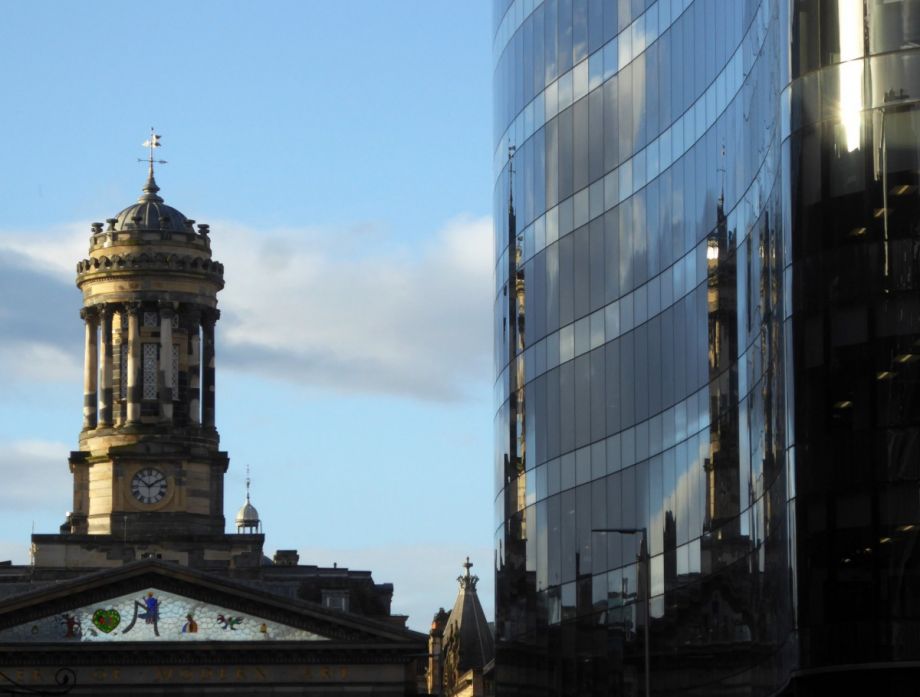 Transit-trivia junkies know Glasgow, Scotland’s second-largest city, mainly for its unique loop subway line. In service since 1896, the line is a self-contained whole, connected to no other rail service.

The International Railway Journal reports that a commission formed to study transit service in Glasgow is recommending that the subway line get some company.

The Glasgow Connectivity Commission wrapped up its nearly two-year study of Glasgow’s urban transit network with this assessment: While Glasgow has “a [very] good network” by British standards, it “falls substantially short” of what other cities its size have elsewhere in the world.

To close this gap, the commission recommends the creation of a “Glasgow Metro” system to extend rail service into underserved parts of the Glasgow region. The first line, it says, should serve Glasgow’s airport from an outlying station on the regional rail network. This line could enter service in time to meet a 2025 target date for improving airport access set by the Glasgow Airport Access Project.

That line would be all new, but many of the routes the study recommends would take advantage of disused rail infrastructure already in place, including another now-abandoned subway tunnel known as the Central Low Level Line.

“The asset value of this dormant infrastructure could be measured in the billions of pounds, and therefore Glasgow has a ready-made basis for enhanced rapid transit that most cities can only dream about,” the report says.

The recommendations also call for a new subway tunnel connecting the two main railroad stations in the city, with a new intermediate station between them. This tunnel would create a unified regional rail network and also allow for high-speed intercity services in Scotland to run through Glasgow as a single uninterrupted route for the first time.

The study is agnostic about what sort of rail transit technology to deploy in the various corridors; instead, it says a mix of technologies should be considered. Some proposed lines, for instance, would use light rail vehicles and run on reserved medians in streets.

The report also makes the case for more rapid transit on equity grounds, noting that many of Glasgow’s most disadvantaged areas currently lack rail transit service.

The microtransit service, called SamTrans On Demand, replaces a flexible-route bus line serving Pacifica, a community on the Pacific Coast side of the county. Riders using the new microtransit service can call SamTrans or use a smartphone app to request a shuttle bus be routed their way. Algorithms will continually adjust the vehicles’ route to ensure they were following the optimal path to serve all requests for service efficiently.

The service territory covers a five-square-mile area centered on the Linda Mar park-and-ride facility in Pacifica. The report also notes that similar microtransit projects are now operating in Sacramento and Oakland.

Uber Now Lets Denverites Buy Transit Fares Using Its App. Is This Part of a Plot?

Microtransit represents transit agencies’ effort to make transit service more like ridesharing. Meanwhile, the largest rideshare operator continues to make its features look more like transit. And some activists in the city where Uber began see something sinister in this.

First, the functionality news. Last week, we reported that Uber was rolling out integrated in-app transit information to London, the second city in which this functionality exists. This week, Uber announced that in the first city, Denver, users of the Uber app will be able to purchase train and bus tickets through the app — as well as summon and pay for cars.

The Uber fare-purchase functionality uses technology developed by London-based mobile ticket company Masabi to let users buy single-ride tickets or passes and use them from within the app, even when the app is offline.

Metro Report International’s story on the rollout includes glowing quotes from both Uber and Denver Regional Transportation District officials. “With this step, we are moving closer to making Uber’s platform a one-stop shop for transportation access, from shared rides to buses and bikes,” said Uber’s head of transit, David Reich.

“This exciting next phase of RTD’s collaboration with Uber is yet another way our transit agency is leading the dialogue about mobility strategy, not just for the Denver metro region but for cities across the globe,” said RTD CEO and General Manager Dave Genova.

Meanwhile, over on the West Coast, an investigative reporter dug into Uber’s filing for an initial public offering and sees something else at work behind all this.

48Hills, a progressive news outlet founded by former editors and staff at the San Francisco Bay Guardian, reports that Uber’s IPO reveals that the company actually plans to replace public transit rather than supplement it.

In the filing, the article states, Uber defines its “total addressable market” as consisting of not only individuals looking for taxi rides but also everyone who currently rides mass transit. The filing then goes on to note that as of now, Uber has achieved market penetration of less than 1 percent of all potential customers. Then it says this:

“We believe we can continue to grow the number of trips taken with our Ridesharing products and replace personal vehicle ownership and usage and public transportation one use case at a time, including through continued investment in our affordable Ridesharing options, such as Uber Bus and Express POOL.”

(Uber Bus is currently being tested in Cairo.)

“The idea of decimating public transportation in the name of profits for a global corporation is pretty scary,” reporter Tom Redmond writes in the story. Personally, I find the idea that public transit could be run efficiently, effectively and profitably at no cost to the public treasury quite appealing, but the question remains: For whose benefit? The operators or the riders? Would such transit adequately serve those communities that depend on transit most now, or would it leave them out of the loop, isolated and trapped? And would those without the technological connections be able to use it? And would they be able to afford it even if they did?

As Uber, which has yet to turn a profit on its operations, moves to let the public buy into it, we should keep these questions in mind.

Do you know of a project that should be featured in this column? If you do, send a Tweet with links to @MarketStEl using the hashtag #newstarts.