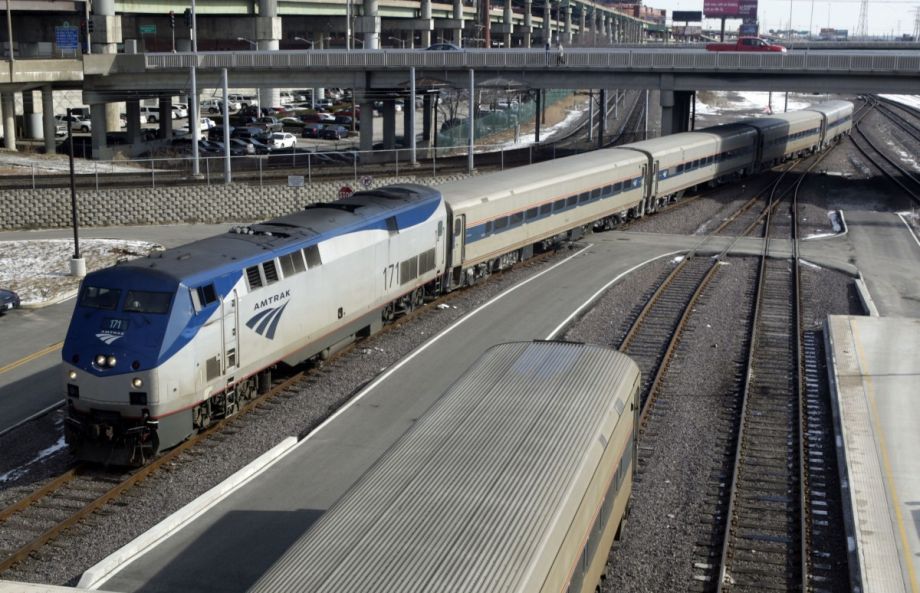 High-speed rail projects from Florida to Texas to California have been making headlines for years, and a fatal Amtrak derailment brought the nation’s news crews to Philadelphia last month. Whether U.S. passenger rail stories concern speedier commutes or safety, there’s one common factor: the price tag.

Outside of a few densely populated corridors, true high-speed rail makes little financial sense in the United States. Ridership wouldn’t be large enough in many regions to justify the large infrastructure costs. But rising passenger counts on Amtrak suggest that there are benefits to be reaped from improvements that would allow passenger trains to run at higher speeds on the routes they currently share with freight trains.

Improvements that allow 110-mph trains have proved popular where they have already been implemented, as in Michigan. But so far, 110-mph trains haven’t yet had to share the same tracks used by dozens of freight trains daily. Improving those corridors for higher-speed trains will require trade-offs between passenger and freight demands, with costs and benefits for each side.

Up until recently, there’s been no effort to quantify the costs and benefits for passengers and to balance them against the costs on the freight side. Researchers Ahmadreza Talebian and Bo Zou of the University of Illinois at Chicago have filled in that gap with a sophisticated model that they tested on a project currently in the works: upgrading the busy Chicago-St. Louis freight corridor for 110-mph passenger service.

Zou, a professor of civil and materials engineering at UIC, explained that models already take into account costs incurred due to freight train delays, but to date, no one has studied the costs to the passengers. “This paper not only measures what impact adding higher-speed passenger trains has on freight trains in a busy corridor,” Zou says, “but it also tells policymakers what should be considered and often is not in passenger train scheduling, which is the delay and inconvenience for passengers.”

Passengers as well as freight can experience scheduling delays. For freight trains, that’s the difference between when the train is scheduled to depart and when it actually leaves the freight yard or terminal. Even if a passenger train leaves on time, the passenger experiences schedule delay if that train leaves later than the passenger wanted to leave.

“There are hundreds of passengers who take trains each day, but only three or four scheduled trains a day” in most corridors, Zou says. “So passengers must make compromises in order to take the train.”

They are also supposed to pull onto sidings to let passenger trains by as well. “By public law, Amtrak is given scheduling priority” on shared tracks, Zou says. “But in reality, the dispatching is in the hands of the freight railroad, and Amtrak trains are often delayed because the trains of the host railroad are given scheduling priority instead.

“That’s why we developed a two-level model” to measure the costs of passenger versus freight delays, Zou continues. “This model measures what the effect on passenger trains would be if what’s dictated by law is realized, then it tells what happens when higher-speed trains are added to the mix.”

The model first measures the passenger train frequency that produces the lowest delay costs, then does the same for freight, then connects the two schedules via a hypergraph — a type of graph that allows any edge to be connected to multiple vertices.

What the researchers found is that past a certain number of trains, the savings from reduced passenger delays are outweighed by the increased delay costs for freight.

“If you have four passenger trains a day” in each direction on the corridor, Zou said, “adding more trains continues to reduce passenger delay costs, but increased freight delay costs outweigh the savings to passengers.”

The biggest cost to the freight railroads is “foregone demand” — the trains they could have run but can’t because the passenger trains now take up more of the available track capacity.

Zou suggests that conditions in the corridor may have reached the point where more than just improvements to the existing track are needed. “Over the last 30 years, passenger train ridership has increased 50 percent,” he says. “If this continues, we should expect to see more demand for intercity travel by train, and Amtrak should add more trains. But there’s also increased demand for freight trains. We need to figure out a way to accommodate both.”

The options range from operational tweaks, such as increasing the speed of the freight trains; technical fixes, like improving the signaling and dispatching systems to permit shorter headways between trains; and physical fixes, such as adding passing sidings or even double- or triple-tracking the line. Would it be worth it to make these investments? That depends on the passenger and freight demand projections for the next 10 to 30 years, says Zou.

At least planners, railroad executives and policymakers now have a model that will enable them to figure out what the return on those investments might be.