Study Finds the Color of Ride-Hailing Is Not Green 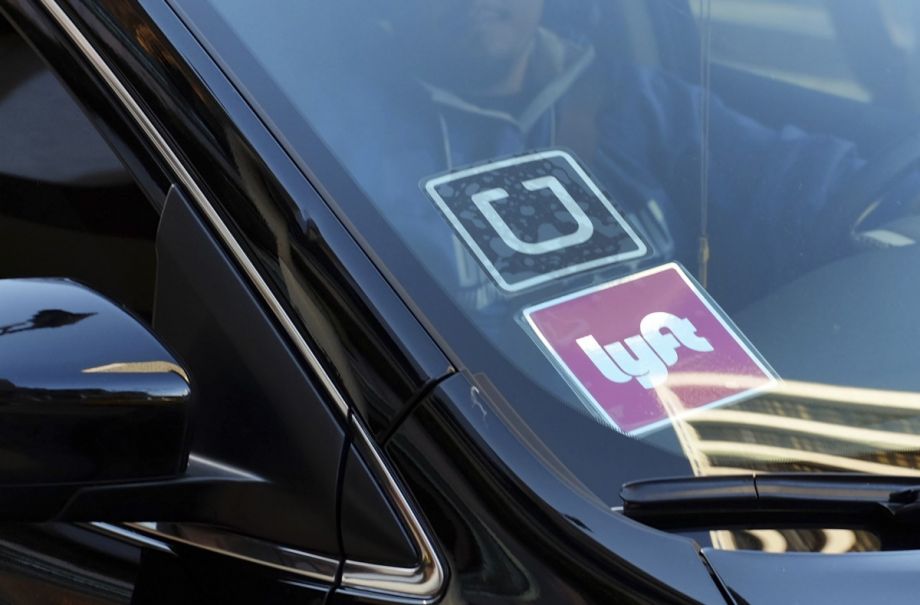 Our weekly “New Starts” roundup of new and newsworthy transportation developments in the U.S. and around the world.

Ride-hailing services such as Lyft and Uber promote themselves as greener options for getting around. These services argue that by replacing multiple single-occupant rides in private cars with chained rides, they help reduce congestion and greenhouse-gas emissions.

A study by the Union of Concerned Scientists released this week, “Ride-Hailing’s Climate Risks: Steering a Growing Industry Toward a Clean Transportation Future,” found the opposite was the case. As reported in Metro Magazine, the study found that ride-hailing actually increases carbon emissions — by 69 percent, according to the study — compared with trips in private vehicles.

Two phenomena explain the bulk of the increase. One is “deadheading” — the distance ride-hailing car drivers travel with no passengers in between fares. (A study of data from the “transportation network companies” published in CityLab last year found that as much as 40 percent of all the miles traveled by ride-hailing drivers consisted of deadheading.) The other: Users also choose ride-hailing as a replacement for trips on mass transit, by bike or on foot as well as trips in private vehicles. A user preference for non-pooled trips also leads to an increase in emissions.

The good news from the study: The ride-hailing industry can take steps to reverse this statistic. Two ideas to start: Encourage drivers to acquire electric vehicles for ride-hailing use and encourage users to choose pooled rides by offering greater discounts. Both Lyft and Uber have already taken steps to increase the use of electric vehicles, and both companies have also worked with local transit operators to offer first- and last-mile service to mass transit lines. But, the article states, “These companies will need to put in greater effort to substantially reduce emissions and congestion coming from ride-hailing trips.”

Users should make the effort as well. The Metro piece suggests that users opt for walking, bicycling or public transit instead of hailing a ride; and when they do hail rides to choose cheaper pooled rides over single-passenger trips.

Pilot mobility projects using autonomous shuttle vehicles operated by EasyMile have come to an abrupt halt in 16 cities across the country. The Columbus Dispatch reports that the halt came after an EasyMile shuttle in Linden, Ohio, braked suddenly in the middle of a trip on Feb. 20, sending its passenger tumbling to the floor.

After the incident, Smart Columbus, which operates the Linden shuttle under a one-year pilot program that began Feb. 5, announced it would suspend the project, the Dispatch reported Feb. 24. On the heels of that suspension, the National Highway Traffic Safety Administration announced that 16 identical shuttle trials in 10 U.S. states involving EasyMile vehicles would be suspended while the agency looks into “safety issues related to both vehicle technology and operations.”

The NHTSA also pledged to work with EasyMile and local authorities to ensure that the shuttle services operate in a manner “consistent with applicable legal requirements and public safety” in the future.

Before shovels go into the ground, the metro builders first need to talk to people affected by the construction. Metro Report International reports that NTA, the company building Tel Aviv’s new mass transit network, has begun the consultation phase for the next and most ambitious step in its plans: the construction of a three-line underground metro system for the city.

The project will create a 145-route-km (90.1-route-mile), 100-station metro system at an estimated cost of US$45 billion. The system will connect with the Red Line LRT currently under construction as well as with the planned Green, Yellow and Purple LRT lines.

Consultation for the northern sections of north-south line M1 and ring line M3 will begin in March, when NTA will deliver documentation to local authorities. Those two lines are expected to enter service in 2030. No timeline has been set for completion of east-west line M2.

Know of a project or development that should be featured in this column? Send a Tweet with links to @MarketStEl using the hashtag #newstarts.