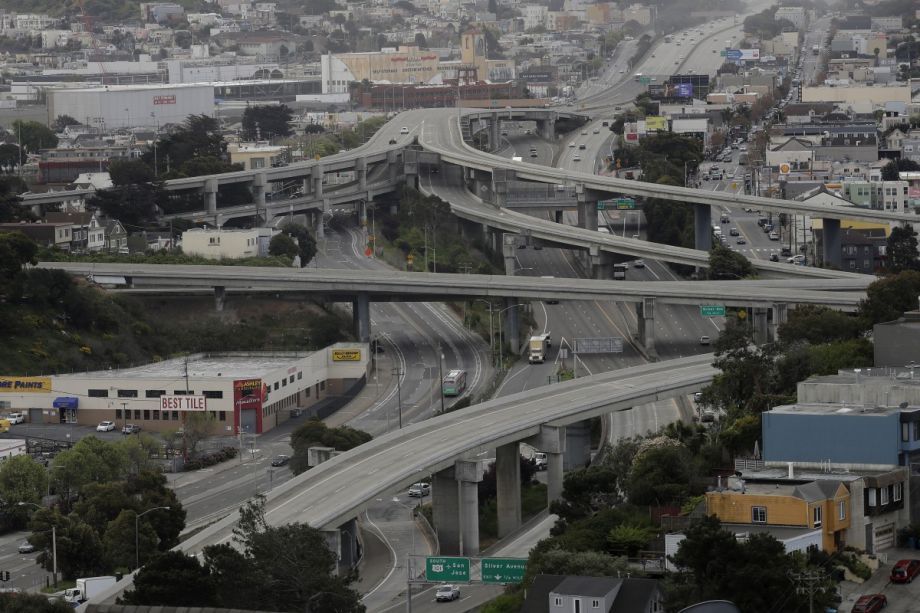 It turns out that the travel restrictions ordered by mayors and governors around the country to slow the spread of the novel coronavirus have sped up travel and reduced traffic congestion dramatically for those who must remain on the roads. And, according to a report on the study in Smart Cities Dive, the restrictions have also led some cities to implement measures advocates for reduced auto use have long advocated.

How dramatic is the congestion reduction? According to the study conducted by mapping software and transportation analytics company INRIX, enough to speed up travel into the core of Chicago by 77 percent and Los Angeles by 53 percent. The study, which examined average travel speeds in 25 of the country’s most populous cities during the week of March 11-18, found increases in travel speed ranging from that 77 percent figure in Chicago to a mere 16 percent in Atlanta.

“Dramatic changes in travel speed continue to spread across the country,” Trevor Reed, INRIX transportation analyst, said in a emailed statement on March 19. “If current trends persist, it is probable major congestion will cease to exist in the country’s most congested cities within the week.”

In addition, the article notes, some cities have turned parking spaces into loading zones for curbside restaurant pick-ups, and New York Gov. Andrew Cuomo has called on Mayor Bill de Blasio to ban auto travel in the city in order to allow pedestrians to walk while maintaining a safe distance from one another.

It goes without saying that a reduction in traffic is the smallest of silver linings in what is now a global crisis. The CDC reports that there are more than 44,000 confirmed cases of the virus in the United States, and 544 people have died.

This column reported last week that the American Public Transportation Association had asked Congress to include $12.75 billion in relief for mass transit agencies dealing with a dramatic drop in ridership thanks to the coronavirus pandemic.

This week, a letter signed by the heads of 10 of the country’s largest transit systems, including the largest one, says to Congress that that figure is too small by half.

Metro Magazine reports that the letter, sent March 23 to the leaders in both houses of Congress, seeks at least $25 billion in assistance for the country’s mass transit systems.

“Federal aid, utilizing federal formulas, must be directed to areas of the country that have had significant financial impacts and where essential workers rely most heavily on public transit,” the letter states. “While emergency personnel need our infrastructure to do their jobs, overall ridership on our systems has plummeted every day – dropping as much as 90 percent in some cases. Combined with falling tax revenues and dramatically increased cleaning costs, this collapse of revenue has resulted in immediate and enormous funding gaps.”

Pointing out that their agencies cannot cut service enough to close the budget holes without damaging their ability to provide that essential service, the letter complains that assistance promised to date is merely a stop-gap measure and demands “comprehensive, permanent solutions that put public transportation first.”

The letter was signed by the heads of the following 10 agencies:

In Australia, where construction work has not been stopped to reduce the spread of the coronavirus, the International Railway Journal reports that the Sydney Metro City and Southwest construction project has reached a major milestone.

On March 18, Kathleen, the boring machine digging the tunnels that will carry the Sydney Metro Northwest across Sydney Harbor and into the city center, broke through the sandstone at the north end of the second tube. With that, all tunneling work on Austraila’s first rapid transit subway through a city center was completed.

Kathleen’s northbound trip took one month less to complete than the southbound one thanks to lessons the contractor learned on that first pass. Those included modifying the cutter head and revising processes to better handle the clay that lay beneath the harbor bottom.

In all, the five tunnel boring machines that worked on this project dug 31 km (19.3 miles) of tunnel in 17 months. The tunnels will connect the already-in-service Sydney Metro Northwest line with an existing regional rail line heading southwest from central Sydney. This 13-km (8.1-mile), 11-station line will be reconfigured to handle the metro trains. The new tunnels will add a 15-km (9.3-mile), seven-station central section to the line.

The entire line is scheduled to open in 2024. A second metro line headed west from the city center to Parramatta is in the planning stage.