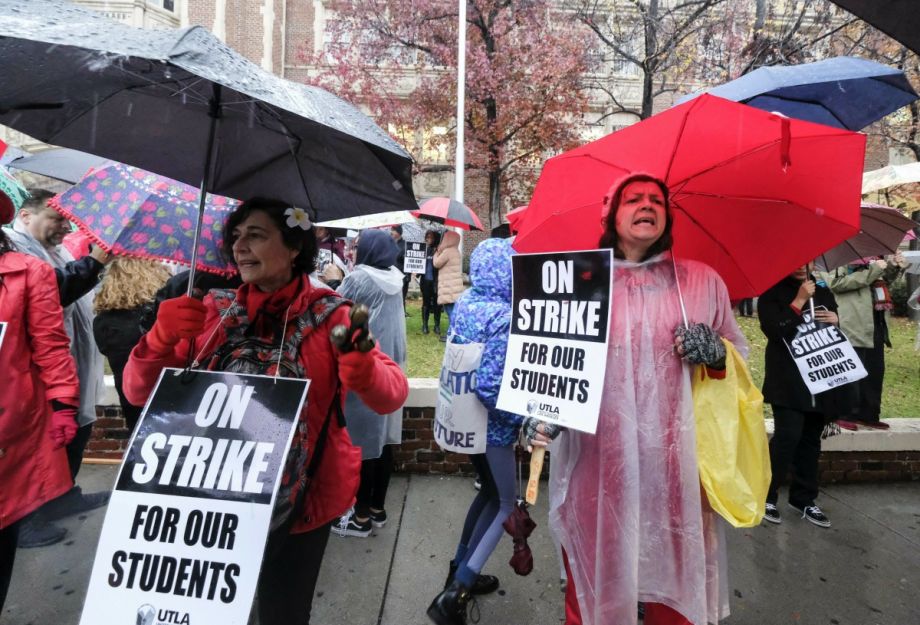 Teachers in Los Angeles have begun their first strike in 30 years, the Los Angeles Times reports.

Similar to other teacher strikes, the United Teachers Los Angeles union is asking for a pay raise for teachers and more funding for classrooms. But this strike is different, says Governing magazine: Not only are teachers asking for more funding — they’re also demanding education policy changes such as accountability for charter schools, nurses and librarians in every school, lower class sizes and more.

The LA Times reports that under the proposals, max class sizes in grades four to six would drop from 36 to 35, and in high school from 42 to 39, and schools with the greatest needs would see larger reductions.

The average class size in a high school in a city, the National Center for Education Statistics says, is between around 16 and 28 students. The average class size in an urban primary school is about 22 to 28 students. The Center for Public Education, a think tank run by the National School Boards Association, cites research suggesting that 18 students per teacher is ideal to boost student achievement.

The teachers’ union is also hoping to remove a section of their current contract, which, if removed, would allow teachers to file grievances when their classes get too big, CityLab reports.

The union has also been asking for every school to have a full-time nurse (the school district currently only pays for one day a week of nursing services, and if schools want more, they must use discretionary funds). The union also wants to “fully staff” schools with librarians and counselors. By strengthening public schools, the district would also end up relying less on charter schools — there are more charters in the LA school district than anywhere else in the country. California law allows charter schools to “co-locate” in public schools with extra space, which creates a dynamic pitting charters against public schools. At a recent press conference, union president Alex Caputo-Pearl said that the district wants “to starve our schools in order to justify cuts and justify handing more schools over to privately run charter schools, and we will not stand for that.”

Both sides say the other side has not been negotiating in earnest. The teacher’s union, says Vox, cites an independent report that found the district has $1.8 billion in reserves, arguing that the district should be well able to afford its demands. The district says most of those funds have already been earmarked and meeting all the union’s demands would cost $3 billion, bankrupting the school district.

The strike will affect more than 600,000 students at 900 schools, Governing reported. It’s unclear how long it will last — the last LA teacher’s strike, in 1989, lasted nine days.