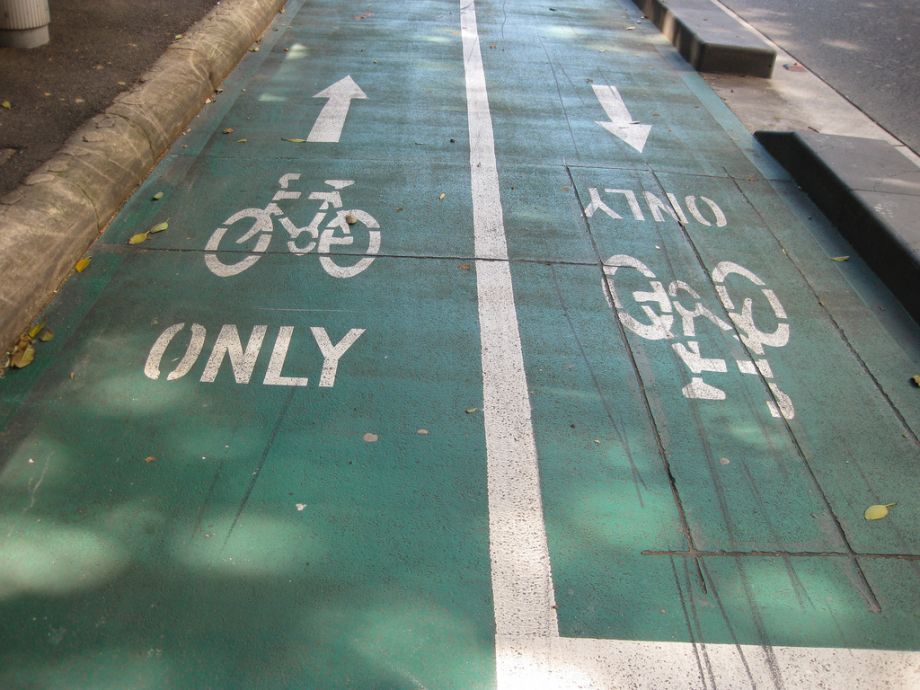 The laws, which take effect March 1, include an AU$425 fine ($307 U.S.) for cyclists who run a red light, and a AU$229 penalty ($165 U.S.) for riding without a helmet — a fine higher than most speeding violations for vehicles. In fact, only one of the new laws targets drivers, with an AU$319 fine for motorists who fail to leave a gap of at least one meter when passing a cyclist.

Bernard Carlon, executive director of the Australian government’s Centre for Road Safety, told Bloomberg that the new laws are being enacted in response to the 11 cyclists killed and 1,500 injured every year in New South Wales (where Sydney is the capital).

“If one cyclist chooses to now wear a helmet because of the new penalties, we consider that a win for cyclist safety,” he said.

But advocates and researchers say these laws are a step backward for the country, and will only increase traffic congestion in the biggest cities. Australia will already fail to meet its goal of doubling cycling rates between 2011 and 2016. The percentage of people who told a National Cycling Participation Survey they had ridden the previous week actually dropped between 2011 and 2015.

Instead of larger fines for such offenses, advocates like Julie Hatfield of the Transport at Road Safety Research at the University of New South Wales told Bloomberg that what cyclists need is better infrastructure. A 2014 report she co-authored indicated that cyclists run red lights or ride on the pavement primarily to avoid dangerous situations on the road.

“We really need to examine if the road system is designed to accommodate all road users,” Hatfield told Bloomberg.

Australia already had a compulsory helmet law prior to this new legislation, a factor some blame for the country’s relatively low cycling rates. Australia was the first country to implement such a law in the 1990s, and remains in the minority, and is doubling down on the requirement with these new fines — even though none of the famously cycle-safe European countries has a similar requirement.

Last year, Paris even relaxed its cycling laws, allowing bicyclists to run through red lights after a pilot indicated the change could actually lead to fewer accidents.

Of Australia’s move in the opposite direction, Chris Rissel, a professor at the University of Sydney’s school of public health, told Bloomberg, “There are many things that could be done to make cycling safer and to encourage more people to ride. These things are not it.”