Policing Sound: Lessons From the Crackdowns on Performers in New Orleans and New York City – Next City

Policing Sound: Lessons From the Crackdowns on Performers in New Orleans and New York City 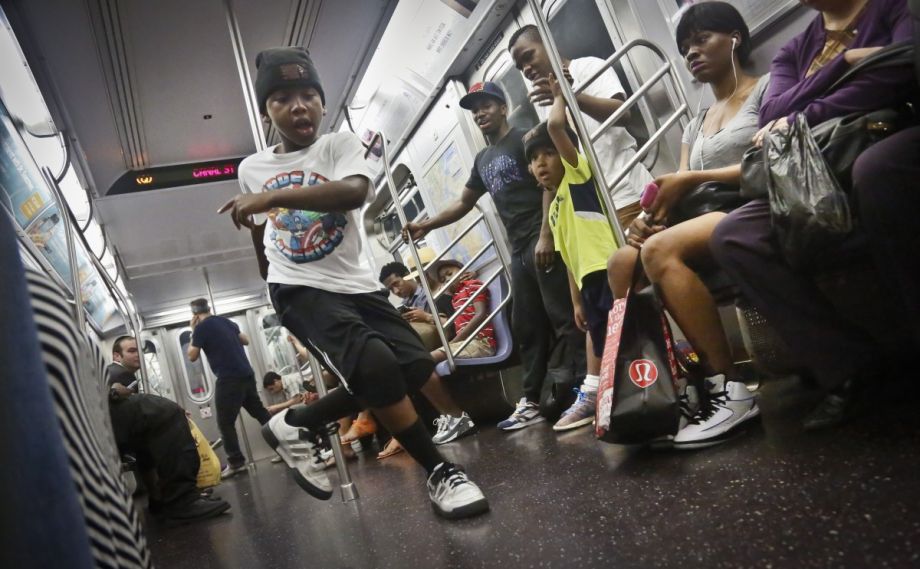 There’s the a capella group harmonizing to “Under the Boardwalk” that you pass as you run to catch the bus, the rock band performing in the plaza where you eat lunch, the dancer luring you away from your phone on the subway. Then there’s the flip side: the Philadelphia flutist who alleges he was assaulted when apprehended by security guards and police officers for busking outside of the popular Reading Terminal Market.

Curated arts programming in public spaces is on the rise, but what should cities do about street performers and musicians struggling to make a living outside of city- or non-profit-endorsed channels? How should they manage the friction between disgruntled residents and free-wheeling buskers? Who gets to decide which public performances are nuisances and which contribute to the cultural economy of a city?

“There are real issues around sound and shared space,” says Hannah Kreiger-Benson, a spokesperson for Music and Culture Coalition of New Orleans (MACCNO), a coalition working to “bridge the gap between the needs of the cultural community and legal/government policy” in the city.

In January, the City Council of New Orleans shelved an update to the city’s outdated noise ordinance, in part, because it didn’t consult with community stakeholders about items like lowering the maximum decibel levels at different times of the day. In April, a new draft — one that included a welcomed elimination of a dated, unenforceable curfew on street musicians — also failed to pass. This issue is emblematic of the pains of modernizing dusty laws and codes to contend with contemporary sound conflicts.

“The ways these issues are presented is residents versus musicians or businesses versus neighbors rather than talking about space that is shared and sounds that are audible and sounds that travel in different ways,” Kreiger-Benson continues. “Sometimes it’s really something entirely different. Sometimes it’s people who really don’t like each other or some issue dating back years. Sound can become a low-hanging fruit to get people in trouble for.”

In New York, acrobatic subway dancers have become the target of a well-publicized campaign against subterranean disorder. Arrests of subway performers have quadrupled this year. With social control tactics like “broken windows policing” and stop-and-frisk being hotly contested this summer, the crackdowns on subway dancers feels especially poignant — unwieldy limbs confined and pushed even farther underground.

“It’s sad because dancers are starving artists just like anyone else trying to make money off their talent,” says Chrybaby Cozie, founder of Lite Feet Nation, a youth outreach initiative that organizes young dancers into what he calls an “army of harmony.” Lite Feet is a style of dancing that was cultivated in New York hip-hop circles in the mid-2000s after the popularity of the “Chicken Noodle Soup,” “Toe Wop,” and the (original) “Harlem Shake.” Many Lite Feet dancers perform in the New York City subway system to earn an income for doing what they love. Cozie comments, “We aren’t all able to study or perform at Peridance or Broadway Dance Center. There are over 1,000 of us who have nowhere to go and there needs to be a safe haven for us.”

BuskNY, an advocacy group for subway performers, held a press conference on the steps of New York’s City Hall on August 12th to protest for their rights to perform under the Rules of Conduct under the Metropolitan Transit Authority (MTA). Zenon Laguerre, a subway performer for more than 20 years, was quoted at the rally as saying, “We dance because we love doing it — it pays the bills and keeps us out of trouble. We dance. We sing. We’re not criminals.”

Concurrent to the crackdown on subway dancers, the MTA has continued to encourage musicians to apply to their own curated music series. Last year, more than 200 performers applied for the MTA’s “Music Under New York” series for a chance to play at 25 select high-traffic, high-profile stations. After 75 were selected to audition, only 20 were added to the program’s current roster. Of the rigorous process, Benjamin Tausig, an ethnomusicology professor who specializes in urban soundscapes, says, “Especially in wealthy areas or touristic areas, the city is uncomfortable with surprise, so things are a bit more thoroughly managed.”

The specters of racial discrimination and gentrification too often shade whether surprise performances are experienced as “beauty” or “riff-raff,” depending on who is doing the performing. Tausig says that regulations like the enforcement of noise ordinances are used as proxies for policing people of color, saying, “The most common places where the noise codes are enforced are with wealthy residents being annoyed with some sound source usually created by brown people. Then you get the cops showing up and arresting the brown people.”

Back in New Orleans, Kreiger-Benson also points out that selective and inequitable enforcement is a huge concern, saying, “That’s what I think the problem is: People with power having access to tools, which are really poorly written.” MACCNO is trying to shift from putting out fires that flame up from time to time, to dismantling some of the structural issues affecting the lives and livelihoods of musicians. She says, “The idea is to look at solving problems instead of the more pugilistic, punishment-driven scenario. That involves not being dismissive of [residents’] concerns, but also not allowing what is often a very arbitrary-seeming, complaint-driven process. Thinking, ‘What are the things that are always going to be points of contention and how do we have conversations around them?’”