How to Stop the Cops From Killing – Next City

How to Stop the Cops From Killing 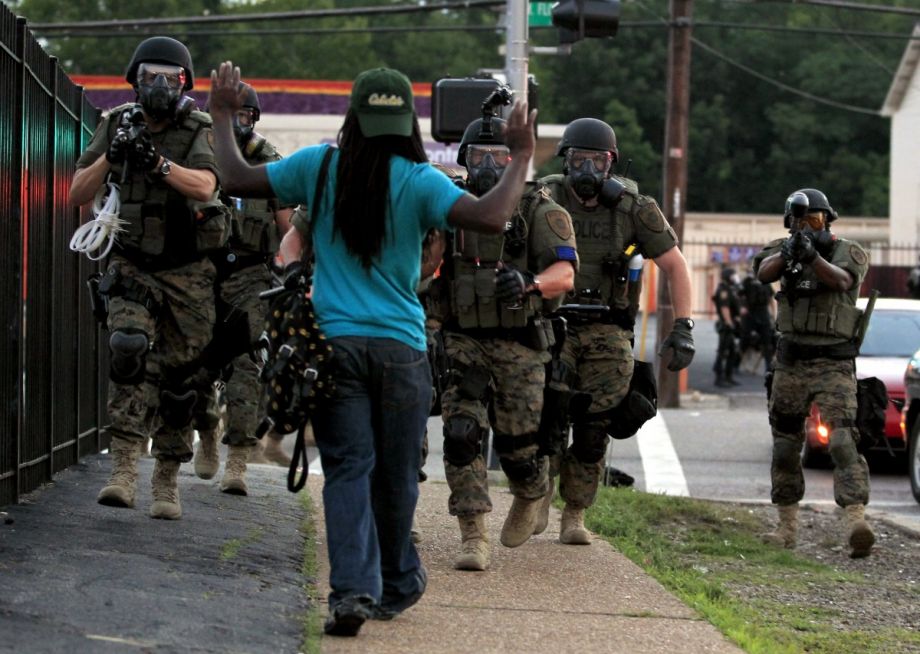 In the wake of the Mike Brown shooting, stories about police aggression have abounded, and the month has provided ample anecdotes that unnecessary police force is very real.

Of course, police exist in part to avert violence, and sometimes they succeed. In a recent Washington Post op-ed, Los Angeles police officer Sunil Dutta wrote: “One time, for instance, my partner and I faced a belligerent man who had doused his car with gallons of gas and was about to create a firebomb at a busy mall filled with holiday shoppers … I distracted him with a hook about his family and loved ones, and he disengaged without hurting anyone.”

Strangely, Dutta uses the same article to argue for why no one should ever argue with a cop. “If you don’t want to get shot, tased, peppersprayed, struck with a baton or thrown to the ground,” he writes, “just do what I tell you.” As many commentators have pointed out, this, too, is brutality.

But if the violent tendencies of cops are similar to those of ordinary criminals, perhaps the method to avert destruction is also the same. Is it possible to dissuade cops from hurting and killing innocents?

The concept of interrupting violence is the basis for the highly successful Cure Violence (formerly known as Ceasefire). Founded in Chicago, Cure Violence initially responded to communities facing relentless violence who were nonetheless too alienated by law enforcement to ever call the cops — even if it could prevent a murder. The Cure Violence model replaces cops with “violence interrupters,” often ex-offenders gone straight, who work in communities to engage potentially violent individuals before they harm others. The method has decreased incidents of lethal violence in Chicago neighborhoods by as much as 73 percent.

Can Cure Violence’s methods keep cops from shooting? Cure Violence’s Charlie Ransford says yes. He notes, “You absolutely have to have greater accountability,” for police brutality. But he adds that preventing transmission means changing the behavior that transmits violence like an infectious disease. “There is a norm of behavior which makes it acceptable, and not only acceptable but encouraged,” in some police departments, “and it’s copied and copied and copied until there are lots of police officers acting violently.”

Ransford says his organization is already talking with a few police departments about programs aimed at altering behavioral norms of potentially violent cops. He says his organization could train current officers on “how the violence transmits [and] ways they can talk down situations, because a lot of times they would escalate a situation rather than de-escalating it.” Similar sessions would be designed for new recruits at police academies. Finally, Ransford describes a program that designates specific officers as violence interrupters within the police department. These officers would be “tasked with detecting the situations or officers that problems exist with, and hooking them up with the services they need. So maybe they would require them to go through training, or require them to do psychological counseling” before they commit a violent act. Ransford says the police themselves are most capable of disrupting the pattern of copied violence: “What people really respond to is people from their same social circle challenging their behavior or promoting alternatives … to stop violence and prevent violence.”

Other organizations have attempted to stop police violence by simply monitoring cops as they work. Loyda Colon of New York City’s Justice Committee, which conducts a CopWatch program in Brooklyn, says the group formed “as a way to deter the police violence on the community.” The concept originates with the Black Panthers, who ran a similar program in Kansas City — not far from Ferguson — some 40 years ago. Colon says, “the main job of CopWatch is not to interfere or intervene, but to document and to expose … the situation” by videotaping police as they interact with citizens. The group makes video available when or if a person who experiences brutality seeks redress. She admits, however, that “we don’t have the data” on how many incidents occur or how many people follow up with lawsuits against the cops.

Few do have that data. The Ferguson protests have brought to light the paucity of information on shooting incidents involving police. While violent acts by others are recorded in databases like the FBI’s Unified Crime Report, no government agency records violence by police. In a recent CityLab piece, “Where More Americans Die at the Hands of Police,” Richard Florida notes that “we desperately need better data.”

Data would help make the case for mandating third-party investigations for police killings, which are currently extremely rare. The data could also serve an epidemiological purpose — unveiling patterns of shooting and pointing out where changes in police behavior are needed most.

At present, we know that police-perpetrated homicide rates in some states are nearly 20 times as high as rates in other states. Data also suggests a demographic with particular vulnerability to brutality are African-Americans, low-income people and people experiencing mental crisis.

Police racism and classism remain largely unaddressed issues. But some efforts are beginning to protect mentally ill people from brutality. While most police departments offer little training on how to manage people in mental crisis, some have created specialized officers to address this population.

Ransford emphasizes that Sunil Dutta’s victim-blaming makes little sense. “It’s the cops’ responsibility because they are the ones who have the power. It’s their responsibility to make sure that situations are not escalated unless it is absolutely necessary. It’s really a matter of police officers not being trained properly.”

Nonetheless, there is cause for optimism. He notes that Cure Violence’s model has spread to locations as distant as Basra, Iraq. “There’s every reason to believe this would work in a police department, too.”