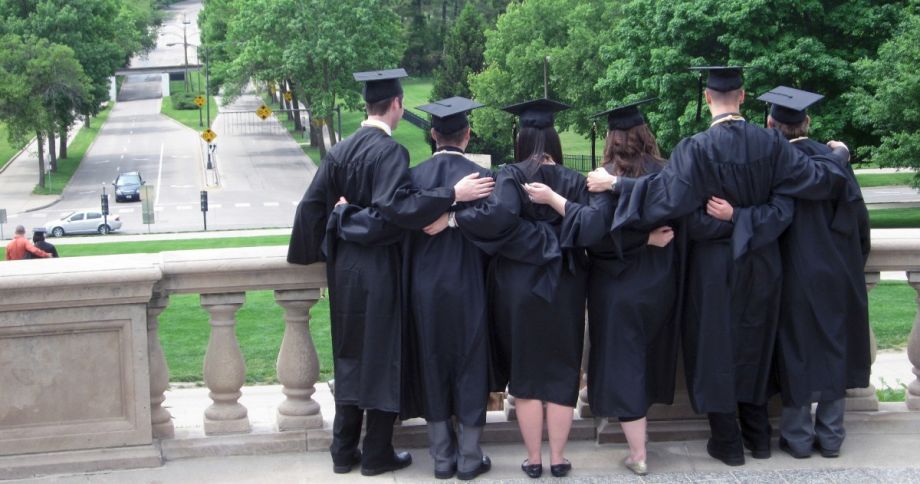 In 2018, North Carolina launched a statewide grant program for community college students facing unexpected emergencies. Unlike many scholarships, the grants are not merit-based, and the barrier to receive them are low by design. And grants are designed to have a remarkably quick turnaround: funds are usually disbursed within three business days.

The program, dubbed “Finish Line,” emerged from years of research showing low-income students were often unable to complete their degrees because of financial emergencies that derailed them.

North Carolina community college administrators say Finish Line has been life-changing for many students, some of whom would not be able to graduate otherwise. But the program will be tested in the coming months as economic strains from the coronavirus impact college students across the country.

The grants can be used for a broad array of expenses, including rent, childcare, car payments or medical bills, and payments are sent to vendors who are owed money rather than directly to students. Colleges can create their own guidelines approving students for grants, though the state sets baseline requirements, including a 2.0 GPA and 50 percent completion with their degree.

All 58 community colleges in North Carolina are eligible for the program. Applications are reviewed by the statewide workforce development agency, NCWorks, with colleges verifying eligibility. Funds are disbursed by local workforce development boards, and the money comes from federal Workforce Innovation and Opportunity Act funds.

North Carolina’s Governor Roy Cooper added Finish Line funds for public four-year universities statewide in his 2018 and 2019 budget, but the state’s General Assembly did not vote in favor of it.

In a statement sent to Next City, Jessica Englert, Assistant Secretary of Workforce Solutions at the North Carolina Department of Commerce said,“Governor Cooper has repeatedly pushed for state dollars to fund and expand the program. State funding would increase flexibility in the administration of the program and allow the expansion of the program to serve four-year university and college students in North Carolina.”

Newman says the pandemic has led the college to reconsider which types of expenses should be approved for the grant. Guilford had not typically disbursed grants for internet use, for instance, but began approving those requests when they increased during the pandemic and subsequent stay-at-home orders. The college also started getting more requests to pay for household expenses, including electricity bills and groceries.

Over 4,500 grants of up to $1000 each have been disbursed across the state since the program launched in 2018, and $2.8 million worth of grants have been spent in that time, according to North Carolina’s Department of Commerce.

Newman says Guilford has spent $308,000 of those funds since 2018, as one of the larger community colleges in North Carolina, and the checks have gone out to 707 students. They’ve been able to support the recent Covid-related uptick in need through the federal CARES Act’s Higher Education Emergency Relief Fund, which made over $6 billion in grants available to college students.

Newman says that while they’re currently seeing a spike in requests, they were getting few requests for the first few two months of the pandemic. Originally, grantees were required to meet in person with a college representative, although that rule has since been relaxed.

But Newman says that she’s expecting a new wave of need in August, as the next school year begins and ongoing economic suffering from the current recession creates demand. She can’t say for certain if current funds will meet those needs, but says it will put a major dent in it.

Other North Carolina colleges have also had to be creative with their use of funds, using the Finish Line grants while also relying on other funding to handle emergencies.

Bill Green, vice president for community Engagement for Forsyth Technical Community College in Winston-Salem,,, says the school did not see a huge jump in requests for Finish Line grants due to COVID-19, but that was because they had other streams of funding for emergencies, including CARES Act funds. The overall need for emergency funding has gone up, however, and they had over 300 financial requests that did not qualify for Finish Line grants.

Green says the major difference he’s seen since the pandemic is that the economic needs of students are no longer isolated situations..

“Prior to the crisis we often saw a very specific need from a student, my car broke down, I lost my care provider, I can’t pay my medical bill, I lost my apartment,” he says. “People fall over that financial edge. What’s been different is people are telling us, everything is kind of breaking all at once.”

He has heard from people who have lost jobs or whose hours have been cut, and people whose childcare providers are no longer available.

Though not all students are eligible, Green says he’s gotten positive feedback from students who have received Finish Line grants.

“It’s very humbling in a way,” he says. “we regularly receive glowing thank you notes.”

He says for many it is the difference between completing school and dropping out. North Carolina Community College System calculated the 6-year completion rate at 41 percent in 2013. That is below the average 6-year completion rate for community colleges nationwide, according to National Student Clearinghouse. The NCCC system has since taken steps to boost that completion rate, including reducing course offerings and investing in advising and outreach.

It is challenging, as many students are working adults. 71 percent of NCCC students were 25 or older, according to a 2008 report.

“Here’s the most common story we hear,” Green says. “I’m almost done, but I’ve got children at home, my spouse has reduced hours and I can not continue to go to school because I’ve got to go back and get a job.”

Forsyth has been creative in resolving other emergency needs, like food insecurity. The college partners with nearby K-12 schools, where students can show up for a free meal, with Forsyth footing the bill.

Forsyth has had to rely on money from its private foundation for undocumented students, including DACA recipients, who are neither eligible for Finish Line grants nor CARES Act money.

Some are optimistic that the Finish Line approach can be part of a national model.

Jimmy Clarke, senior director of state policy at HCM Strategies, an educational consulting firm, says he was asked by North Carolina officials to evaluate the Finish Line program six months after it began in 2019. He found the approach remarkable.

Other states have attempted to get similar grants off the ground, and many colleges offer their own emergency grants, but Clarke says no other states have a program like North Carolina’s Finish Line. A bill in Massachusetts, also called “Finish Line,” has been introduced by state lawmakers five times since 2013 but has never been voted into law.

“I think it’s one of the better policy attempts to resolve at the state level that I’ve seen in a number of years,” he says. “It’s meeting real people with real lives and concerns in a way that most states haven’t been able to do.”