The State of American Bike-Share – Next City

The State of American Bike-Share 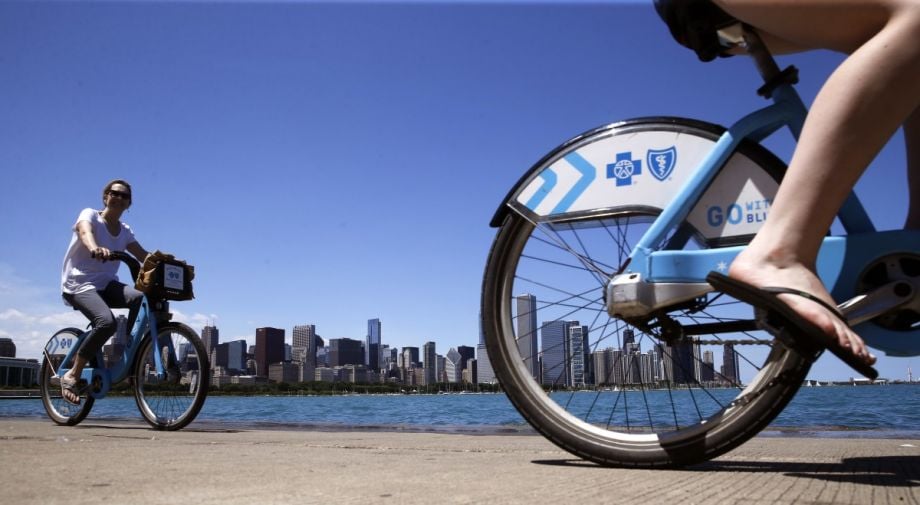 It’s no secret that bike-share systems have exploded across the U.S. in the past decade. From already bike-friendly cities like New York and Portland to cities known for their sprawl, such as Las Vegas and Atlanta, more than 50 cities have gotten in on the bike-share action. A snapshot of bike-share systems nationwide released Thursday by the National Association of City Transportation Officials lays out how and where that explosive growth has taken place.

The four first modern bike-share systems in the U.S. were launched in 2010, and there are now 54 systems with over 42,000 total bikes. Usage grew from a mere 320,000 trips taken in 2010 to over 28 million trips in 2016; since 2010, 88 million trips have been taken on a bike-share bike in the U.S. (While the growth is striking, it’s worth noting for contrast that passengers took 10.75 billion trips by public transit in 2014, the most recent year for which American Public Transportation Association has released data).

Despite that dramatic growth, bike-share systems tend to be remarkably safe: A cyclist who was killed in an accident in Chicago last summer is believed to be the only fatality.

New York City’s bike-share system accounts for a lion’s share of rides (as it does for public transportation trips). The five largest systems together — in New York, D.C., Miami, Chicago and Boston — accounted for 85 percent of trips taken in 2016. 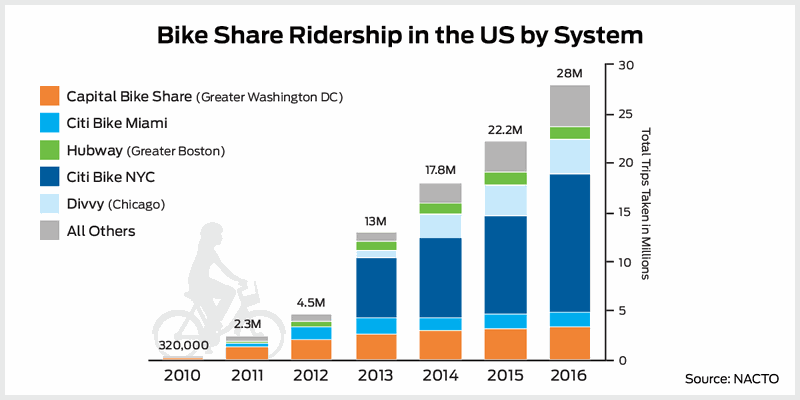 Other notable data includes the fairly short length of most rides. The average length is about 12 minutes for bike-share members and 25 minutes for “casual users,” indicating that many bike-share rides are part of first mile/last mile solutions, helping people connect to transit systems or to travel distances too short for transit but a bit too long to walk.

Bike-share equity will grow increasingly important, as bike-share growth shows no signs of stopping. New Orleans, Detroit and other cities have programs in the works, and Houston, the Bay Area and NYC’s Citi Bike are all expanding their existing systems.